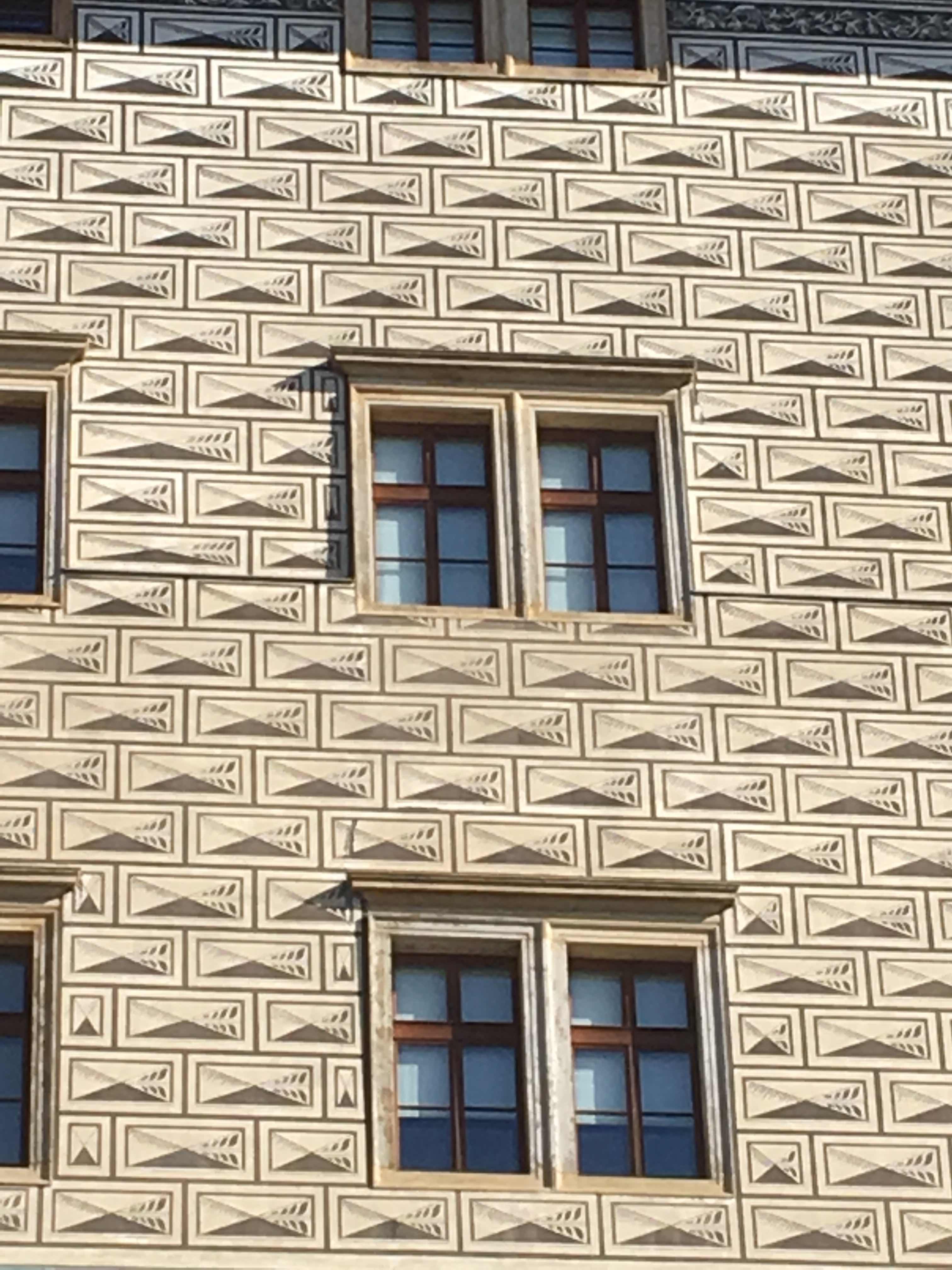 Painted squares on the building. Makes it look like separate stones. 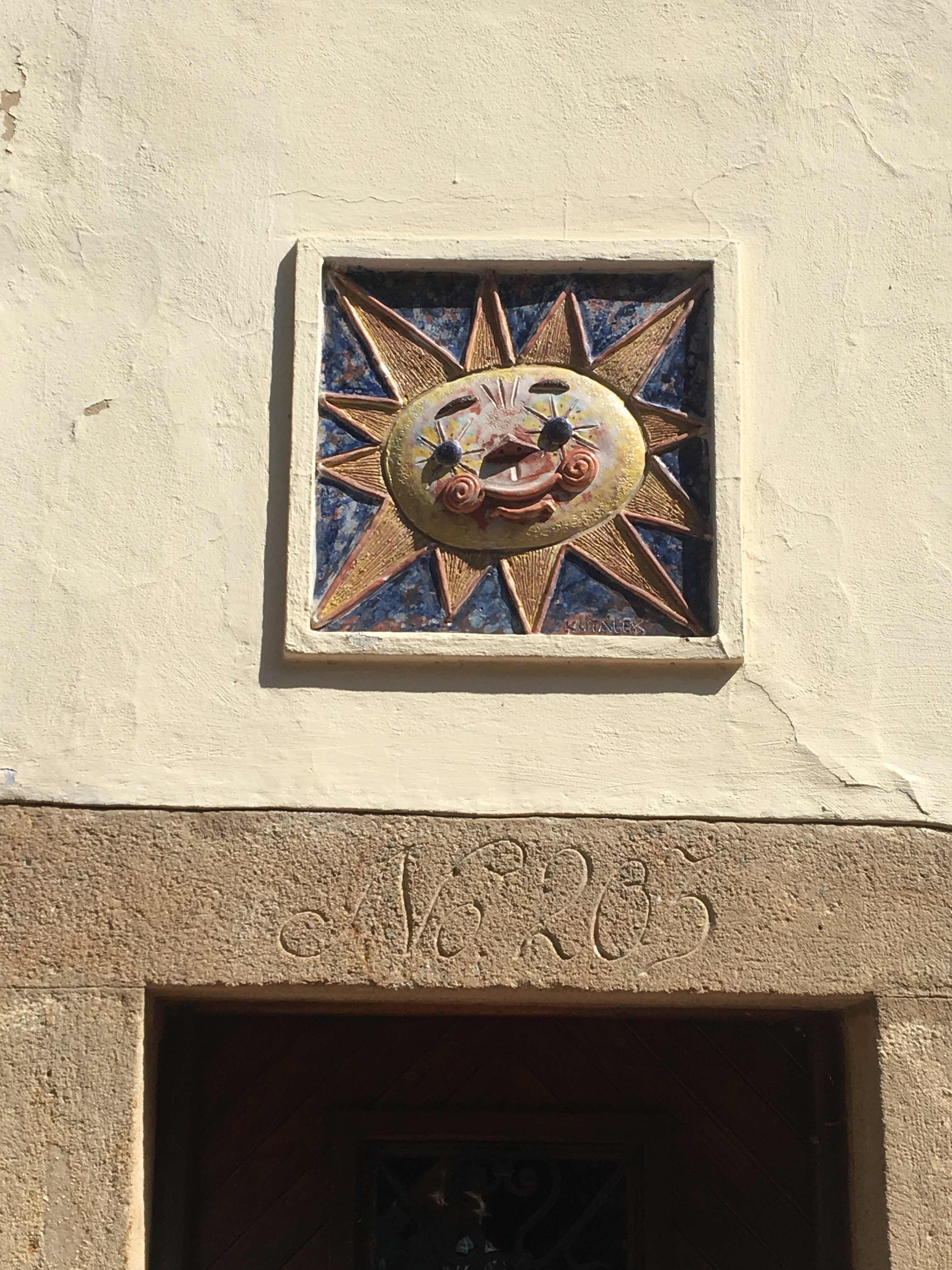 Cute touch to the building. 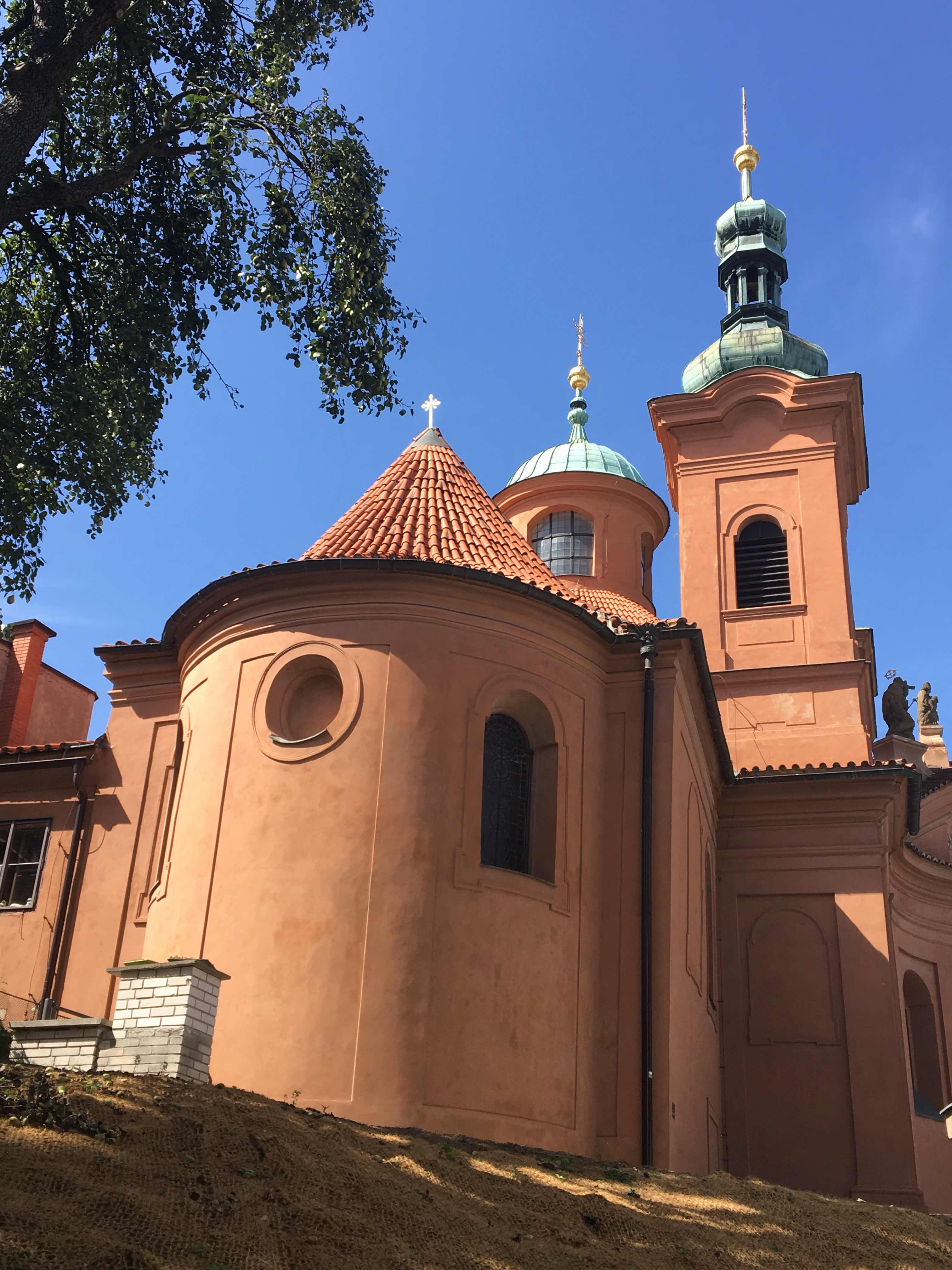 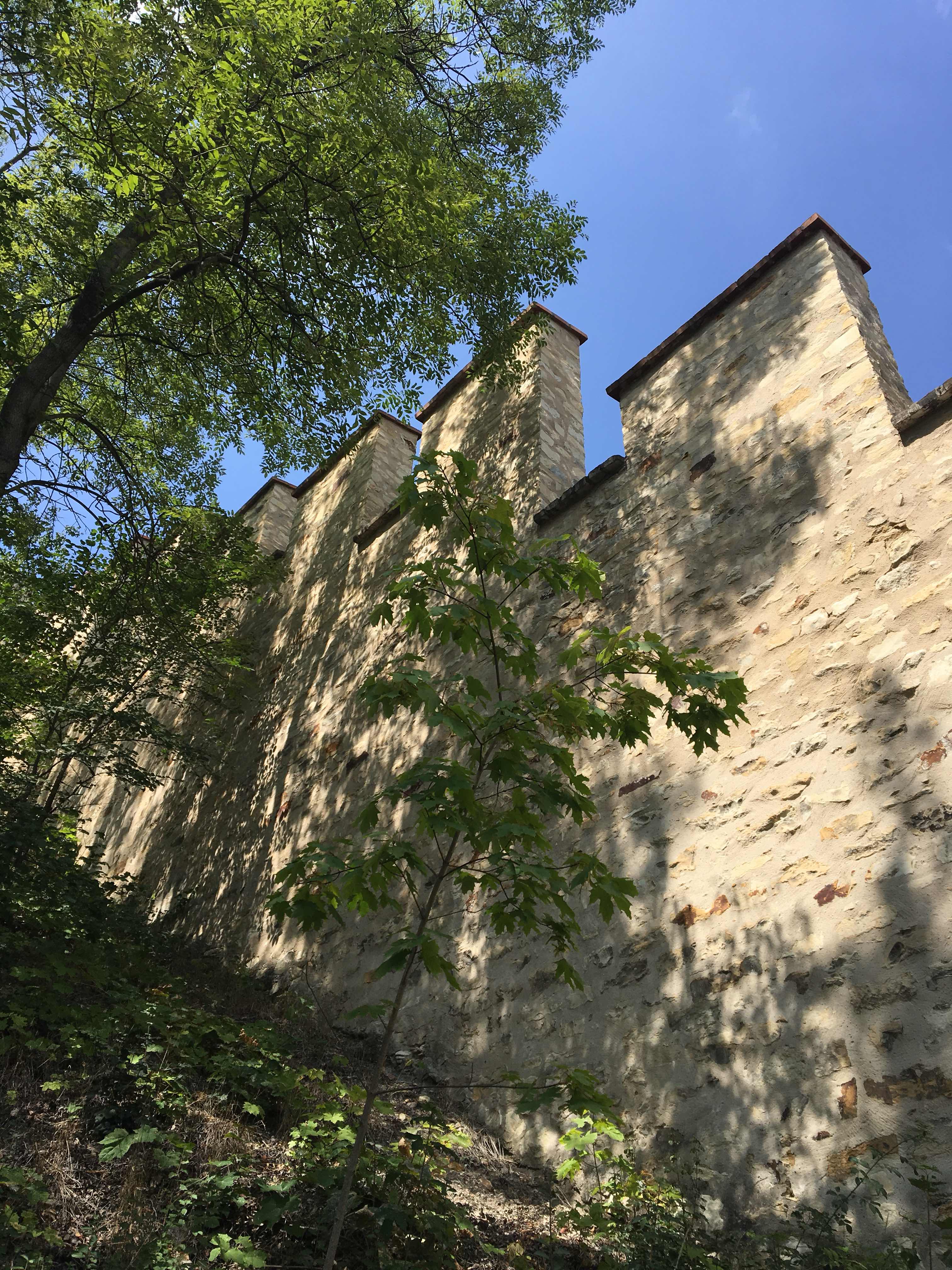 This is known as the “Hunger Wall” built by public funds to give employment to the hungry people, according to Wikipedia. But the local tour guide at the Old Towm Hall said it was built to keep the hungry people out of the castle area, because they had diseases. 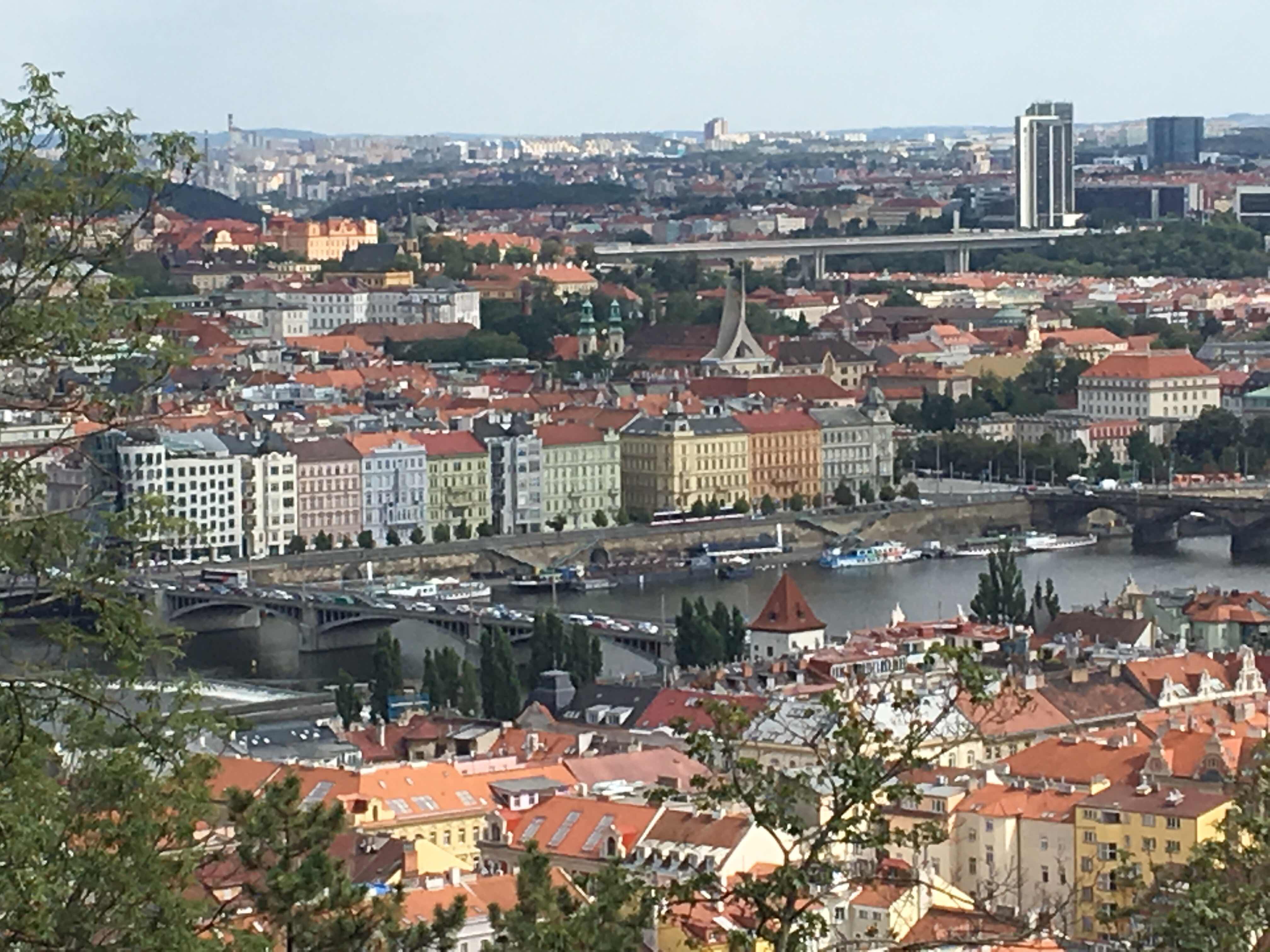 View of Prague from Petrin Park. I sat at a little cafe, had an orange juice and enjoyed the view. As you can see from here, the most fabulous addresses face the river. 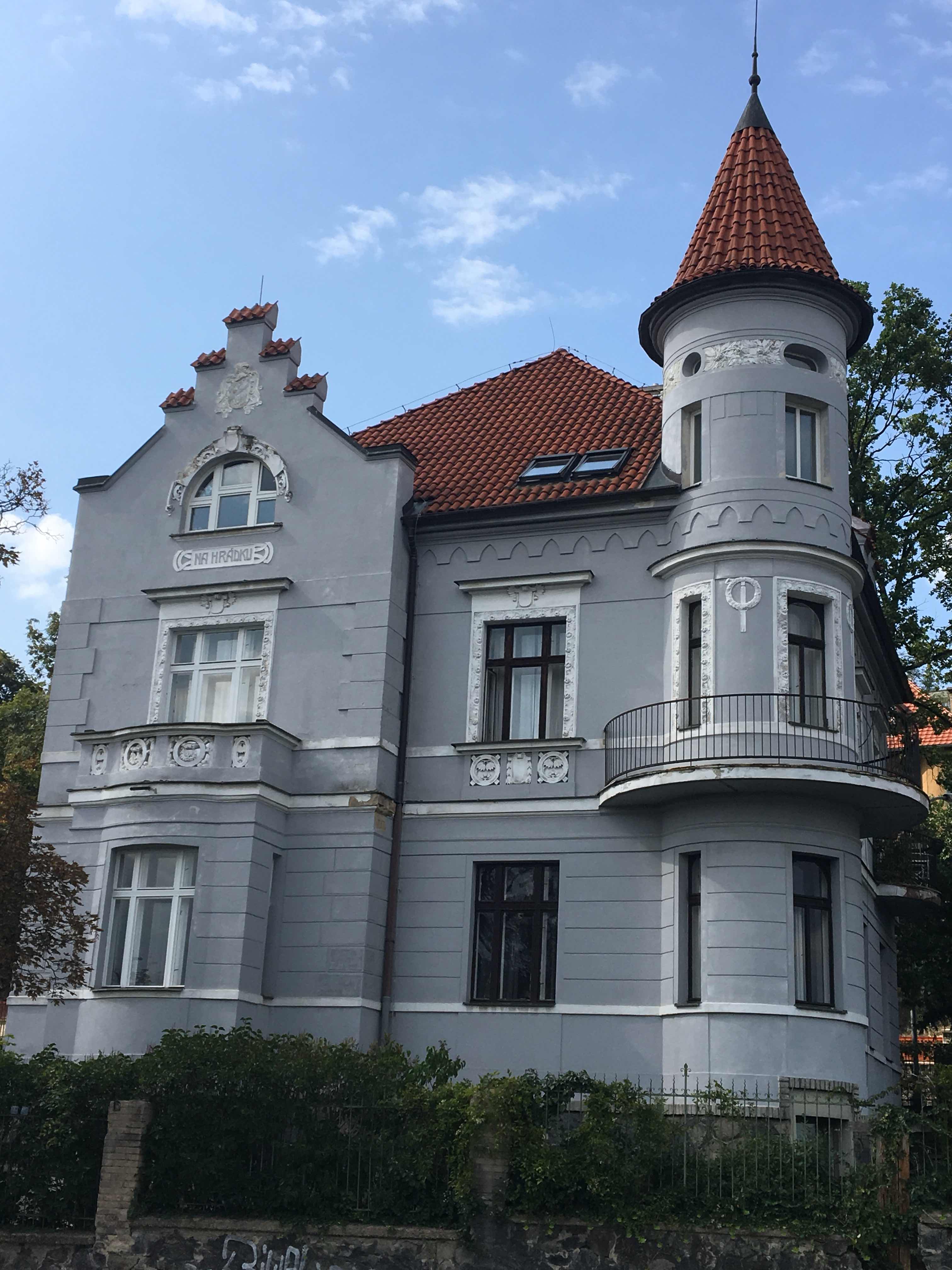 Although there are lovely homes everywhere, this is just west of the park. And across the street is a home that could restoration. The top roof and window was lined with pigeons. It must have been spectacular at one time. It looks like several of the old buildings are being restored. Things are more prosperous than they have been. When Russia invaded Czechoslovakia 50 years ago this month, things got really difficult for years. 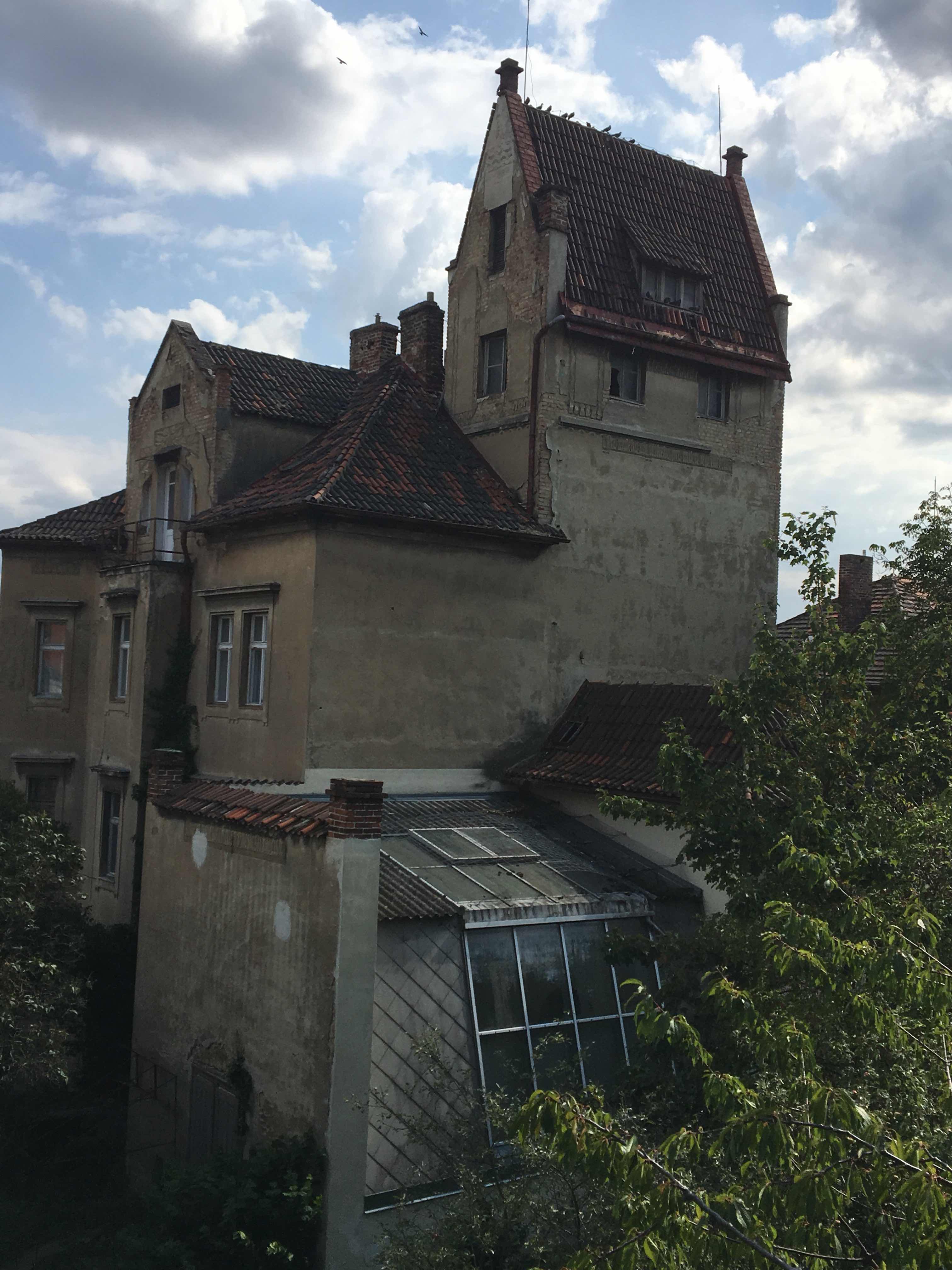 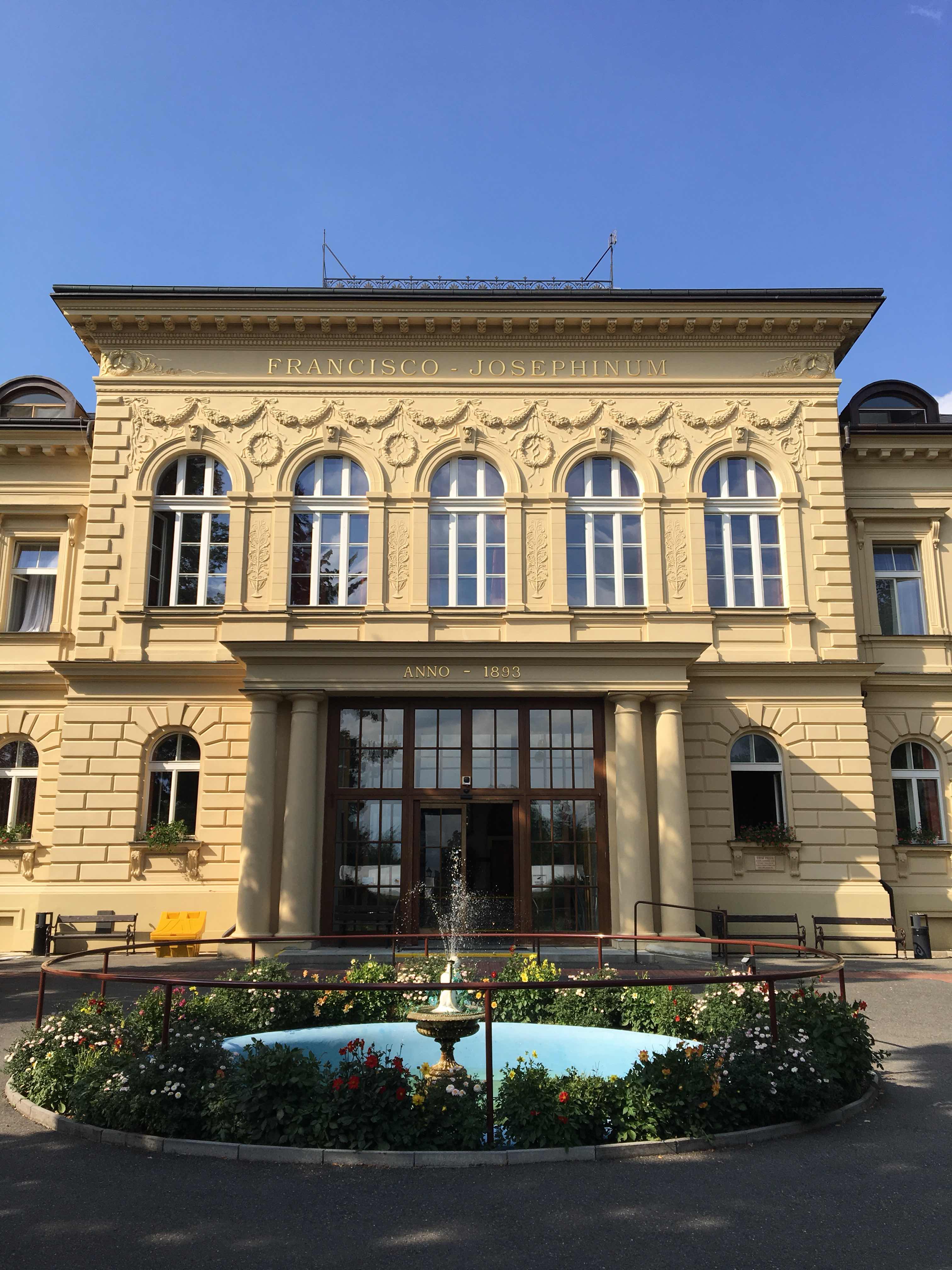 This was an old palace, now a home for elderly people. Behind it is a sanitarium, mostly hidden from view and with an extra fence. There is a beautiful park , open to the public, and a small cafe where I stopped for a cup of strawberry tea and cheesecake. Continuing along, there was a modern building reflecting another fabulous church. 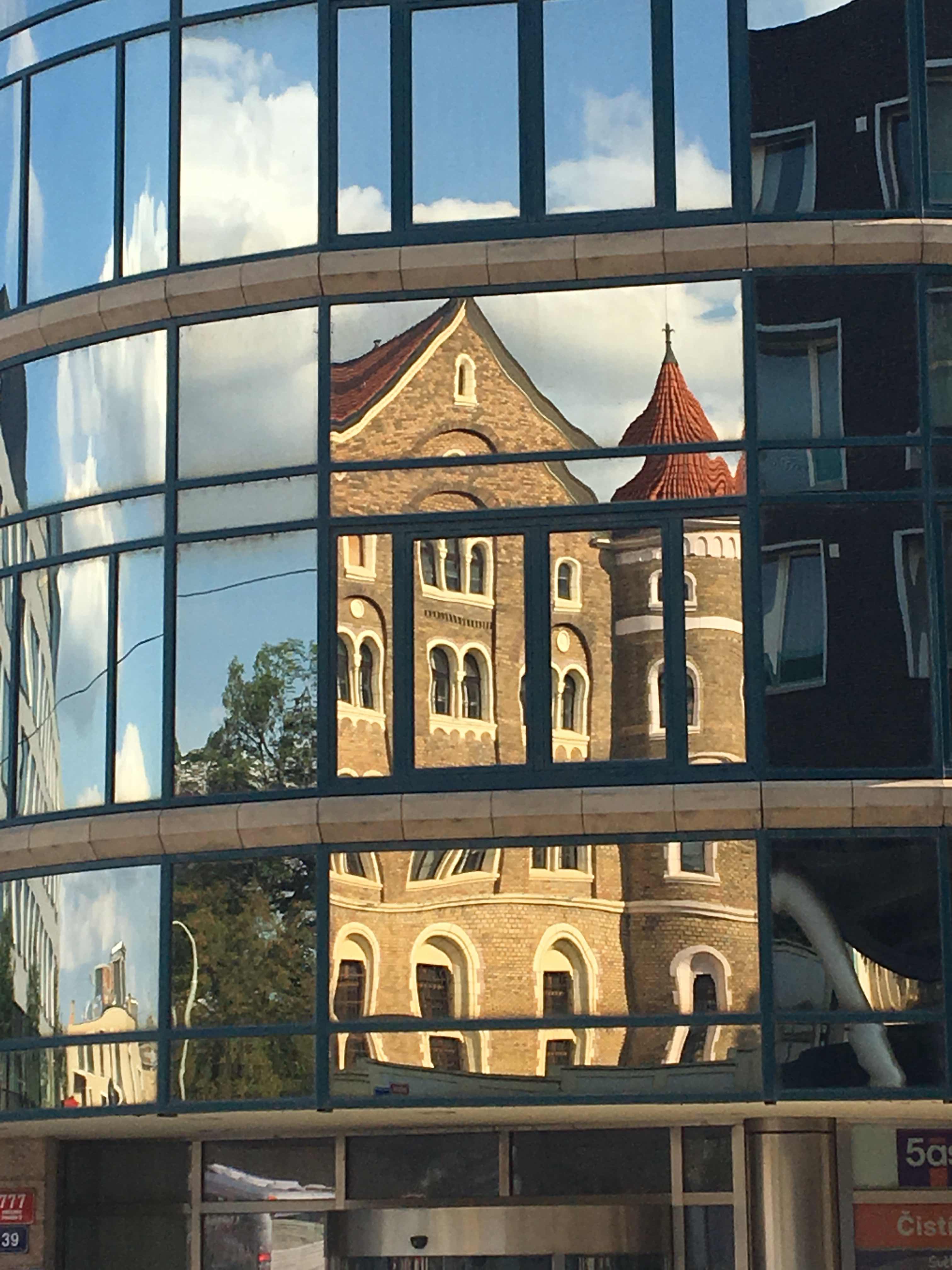 Near my AirBnB is a friendly restaurant where I had dinner two nights, the name translates to fastidious tomcat. Someday I will make a cookbook with a recipe for the sauerkraut pancakes with sour cream and chives, a starter, and their dessert of homemade oatmeal pancakes with sour cream and blueberries lightly sprinkled with cinnamon sugar. Because you might be surprised how good they are, as I was. However I did not order the rabbit dish, as I do not eat cute things. 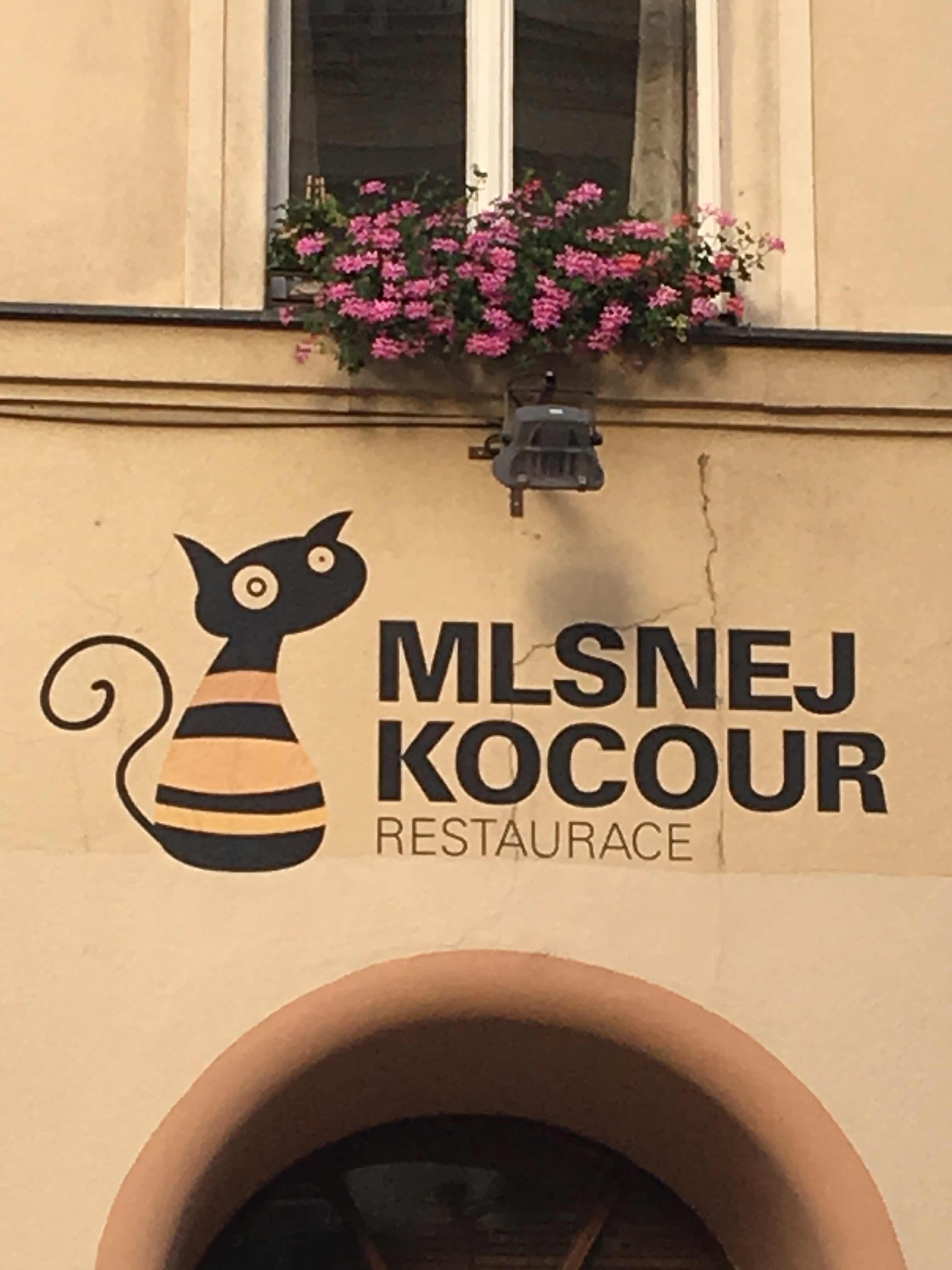