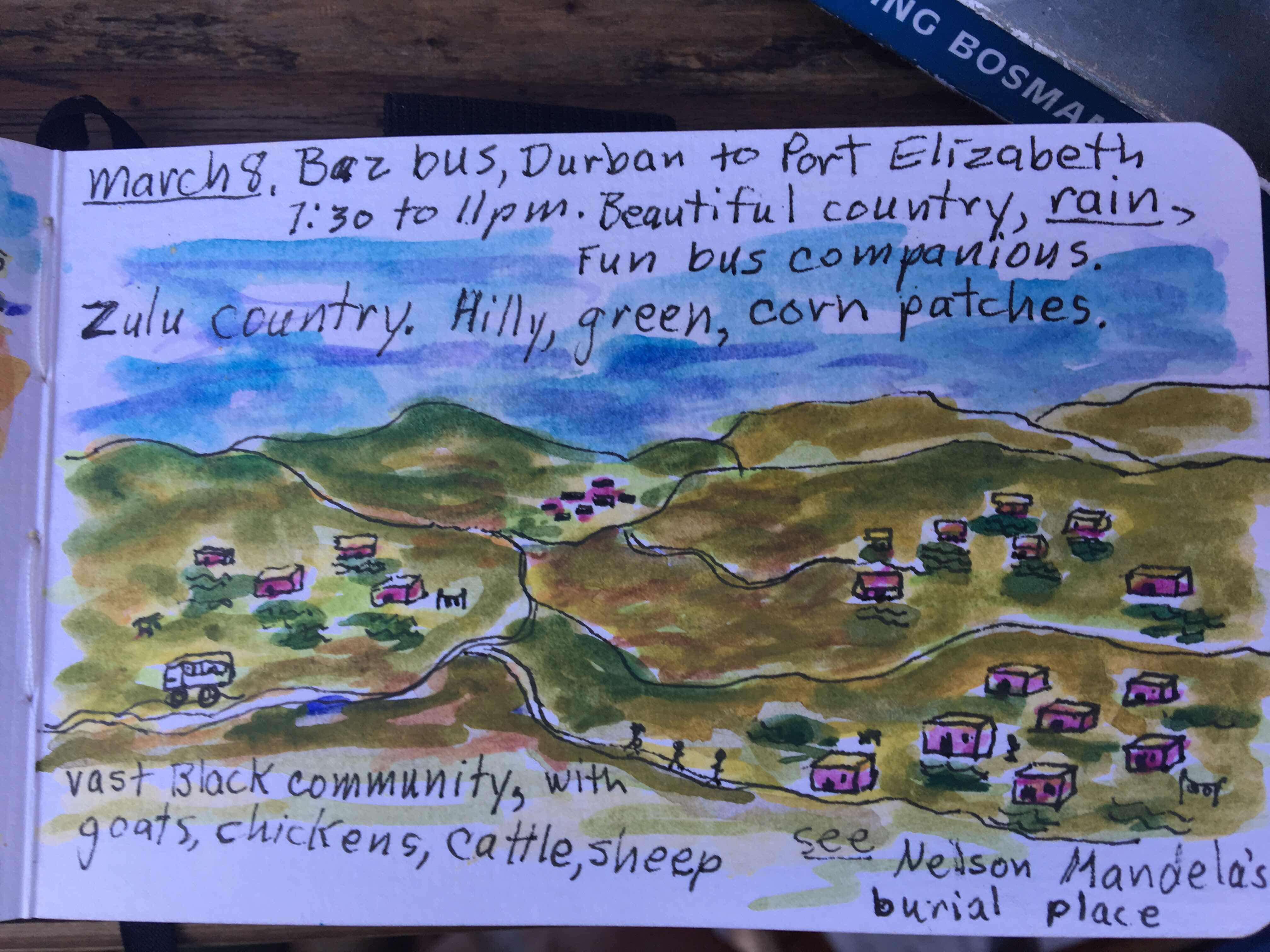 It was a good day to be on the bus as it was drizzling rain. We stopped to view Nelson Mandela’s grave, which can only be seen from the road. He was born near here. Our bus driver said this is the poorest part of the country and there are a lot of people living on tiny plots of ground raising corn, with a few animals.

It was fun to meet the people traveling on the bus. All were foreign tourists, mostly from Europe; Germany, Denmark and Sweden. One young man was from Michigan, and had graduated from the University of Michigan in Ann Arbor, where my mother is from and she also graduated from UM, and my father has a law degree from UM as well, with an undergraduate degree from Harvard.
We chatted about Verner’s ginger ale and Domino’s Pizza, both originating from Ann Arbor. The bus got into Port Elizabeth much later than scheduled but the nice hostel was all fine and no one complained as the rain makes traveling a bit slower. Also the bus makes many stops dropping off and picking up people in little towns along the way. So we had time to get out and stretch. Also, I would come back this way and could see where I might like to stay. It was a good way to see the countryside as I would have a good idea of where to get off the bus and do some cycling where it was not so rugged and populated. It was more enjoyable than I had anticipated. Maybe I was a little tired after three days of cycling, too.
The bus schedule makes one stay two nights in Port Elizabeth, so I was looking forward to two nights in one place.
Nelson Mandela’s grave is in the distance, barely visible. It is really lovely country. 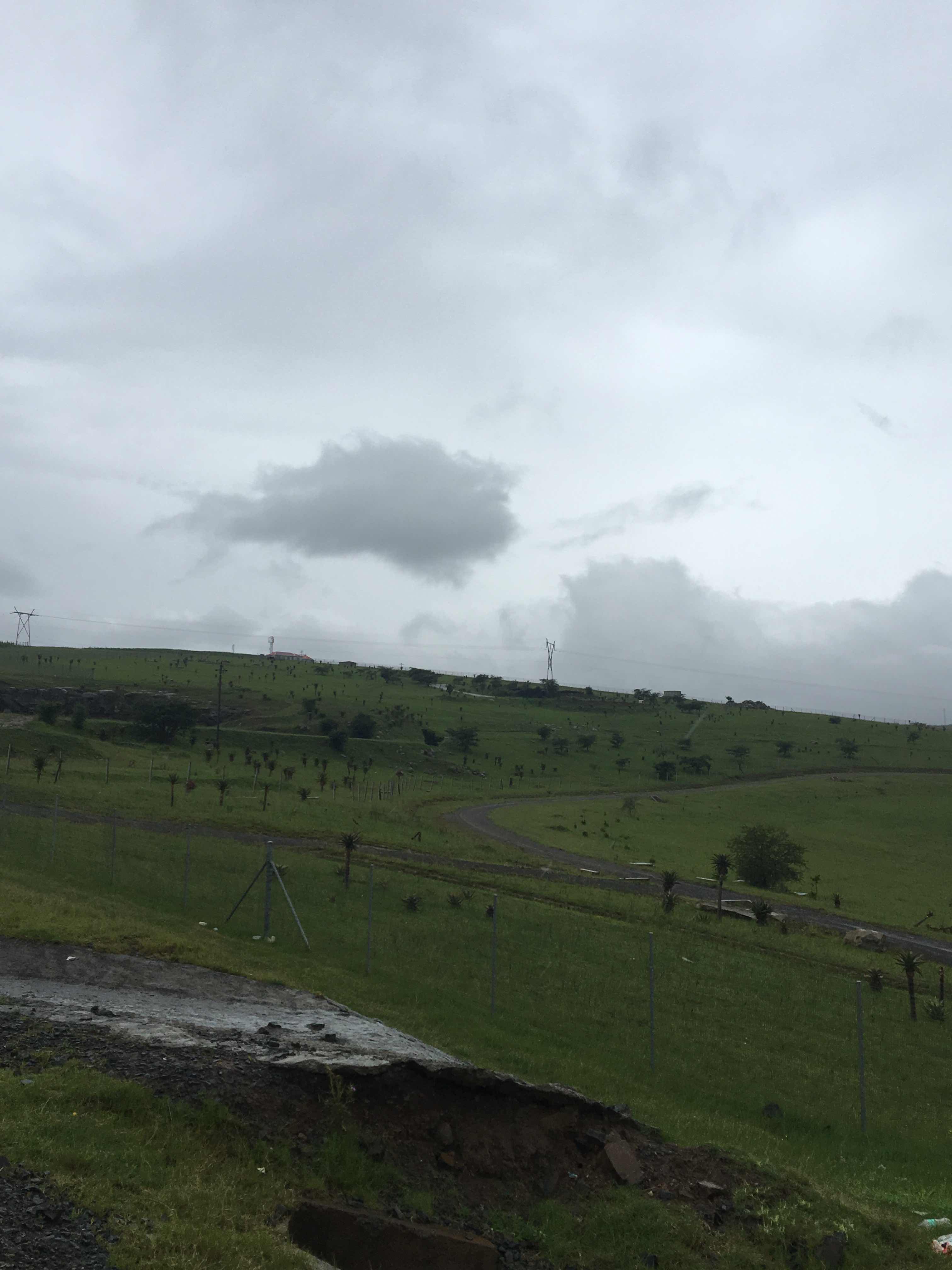 Below is the house built for Nelson by the Africaan National Congress after his release from 27 Years in prison. He was very active still, so did not live here much. Some of his descendants now live here. 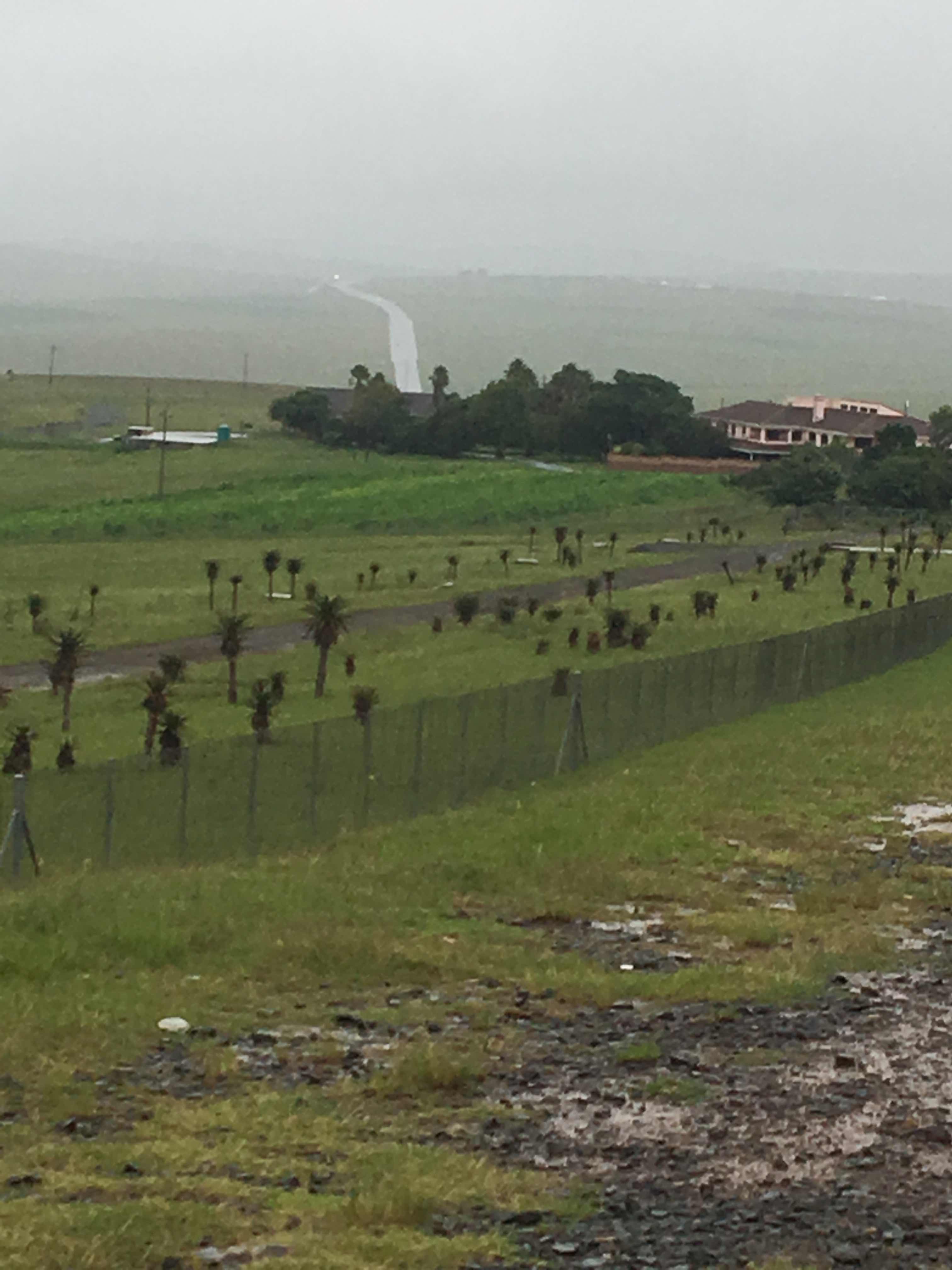