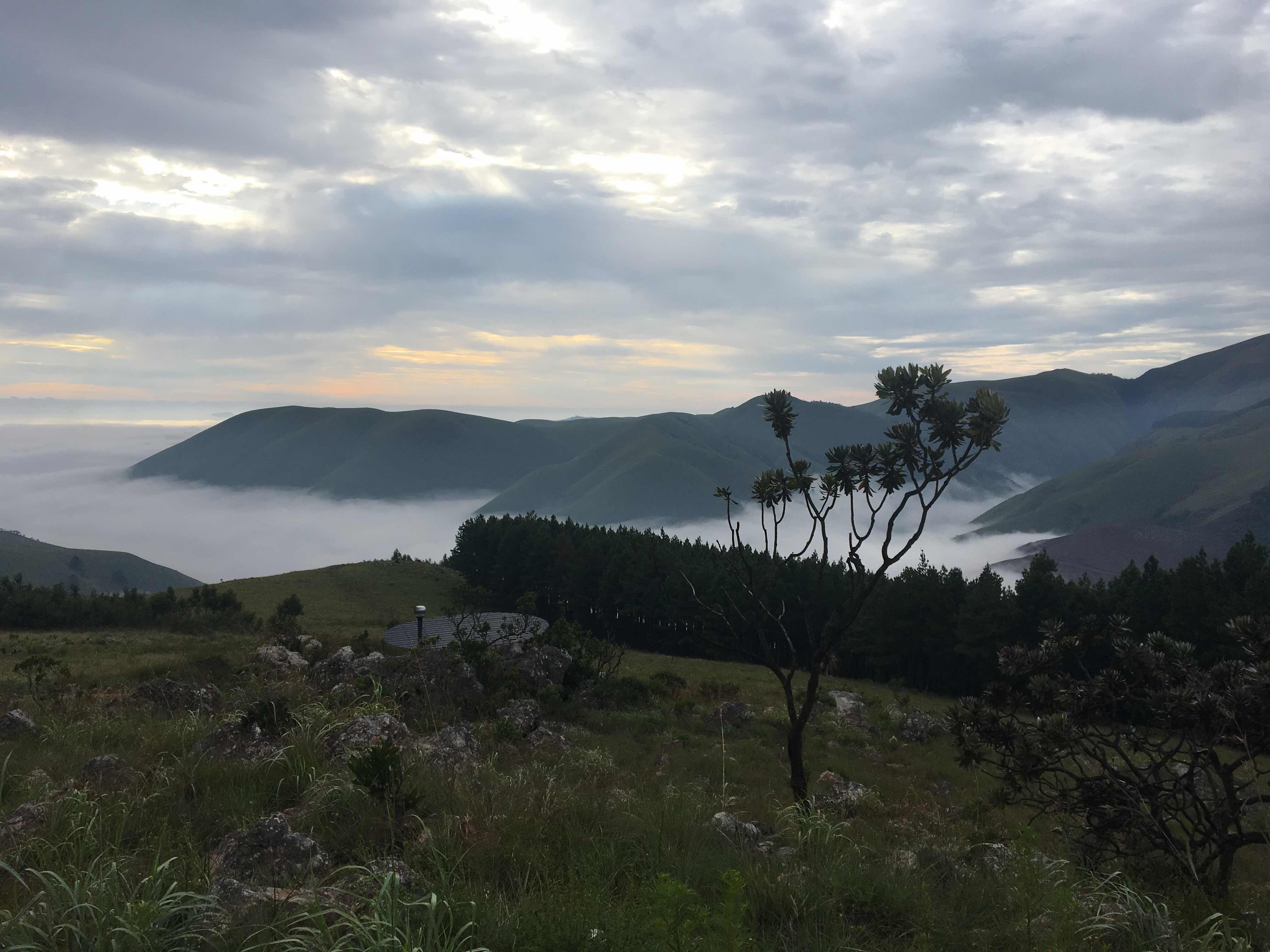 When came out to get in Dave’s van, at 6 am, I was surprised to find us taking the same one we drove yesterday. Because toward the end of the day the van was hiccuping when shifting and Dave would pump the clutch and say, the clutch is going out. Well, it will be interesting to see WHERE it totally quits today. I will let Dave deal with it.

$168 for the day, including lunch. And more adventure when the clutch did go out and we could not move. 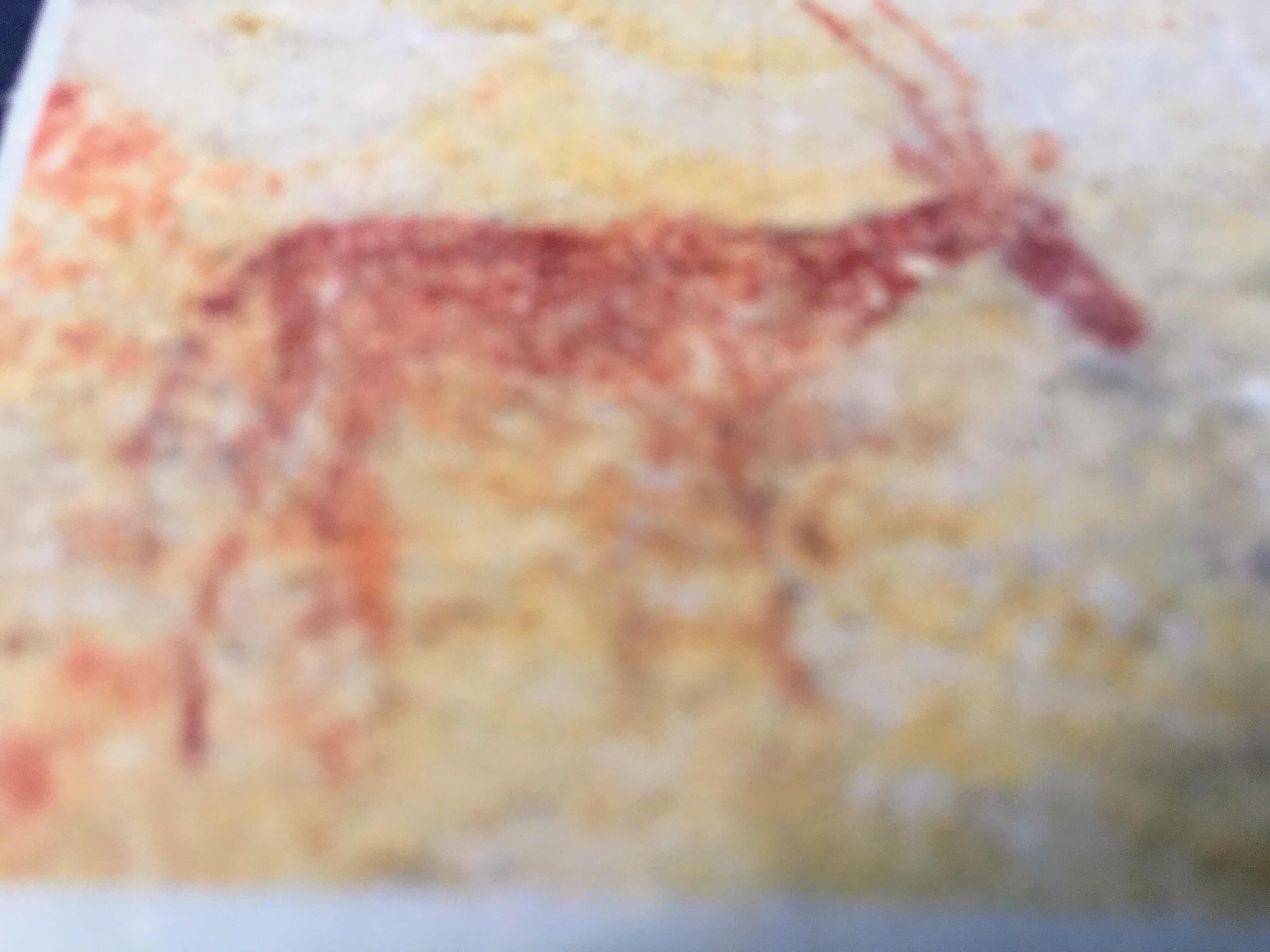 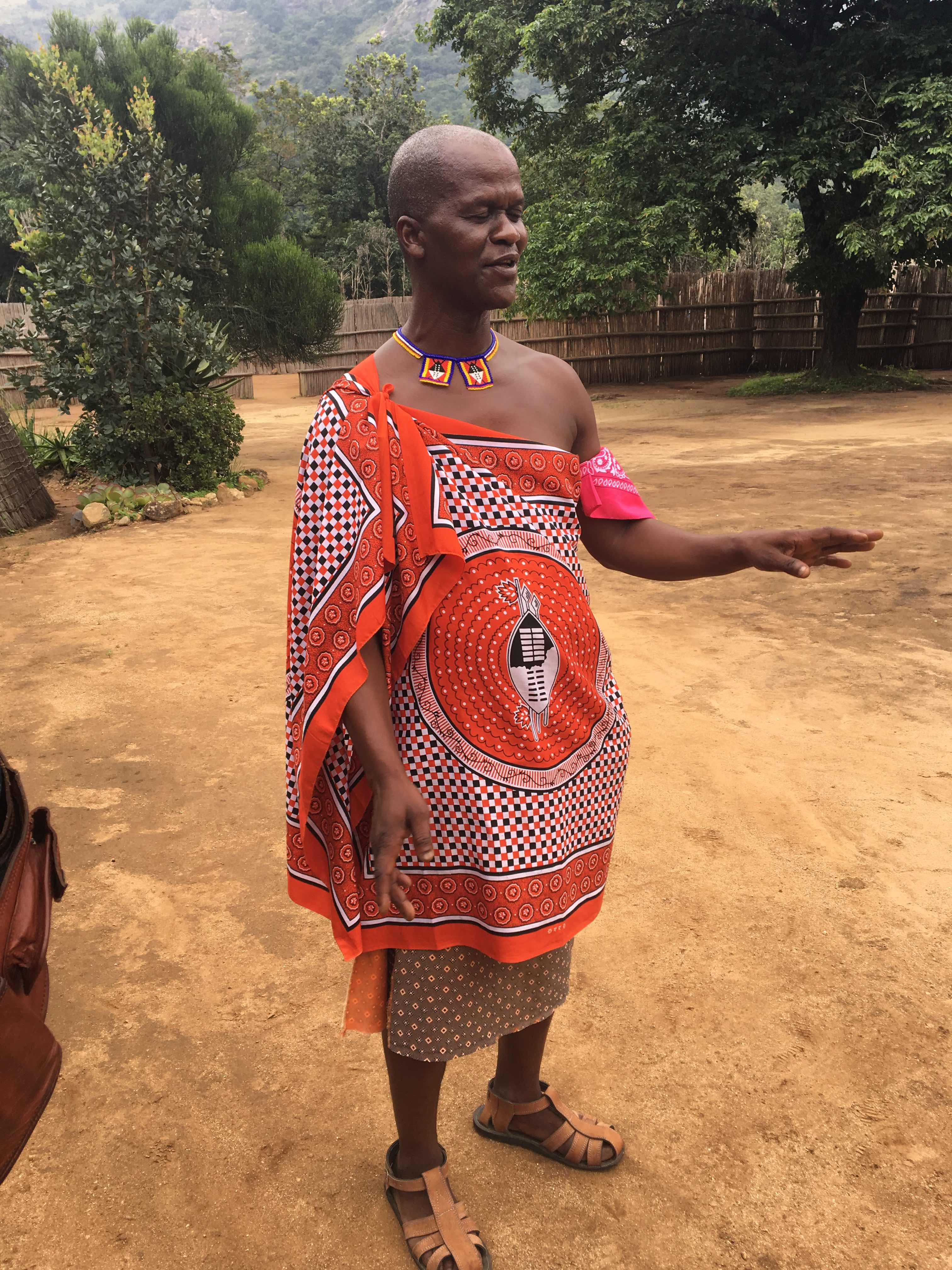 Our guide to the Swazi living cultural village, where people still live and keep their cattle in a kraal, or corral. Except it was muddy from rain, so the cattle were out in the grassy hills. It would have been fun to see them.
On the front of his tunic is the Nguni shield and two spears symbolizing protection for their country, which are hard to see from here. 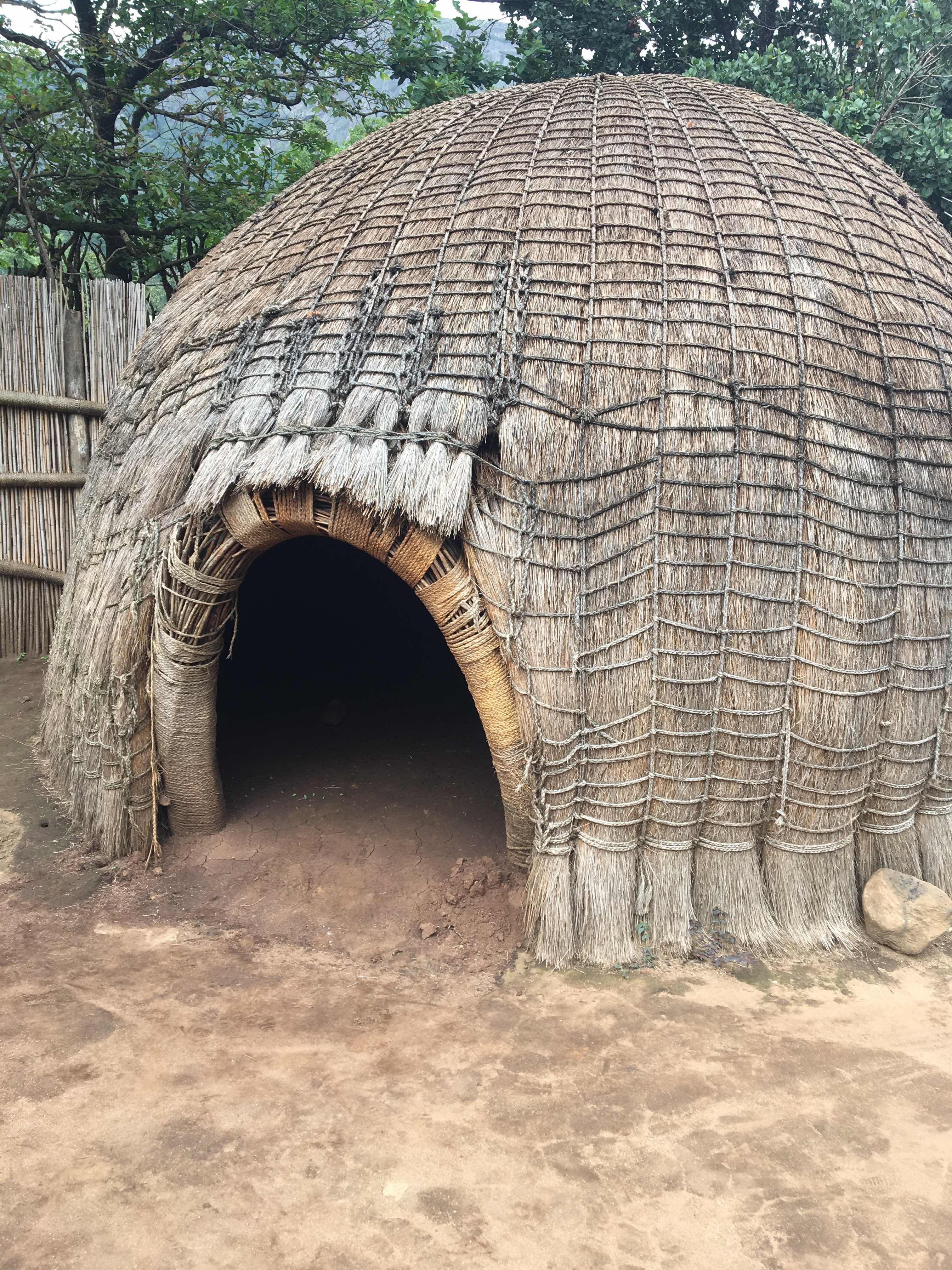 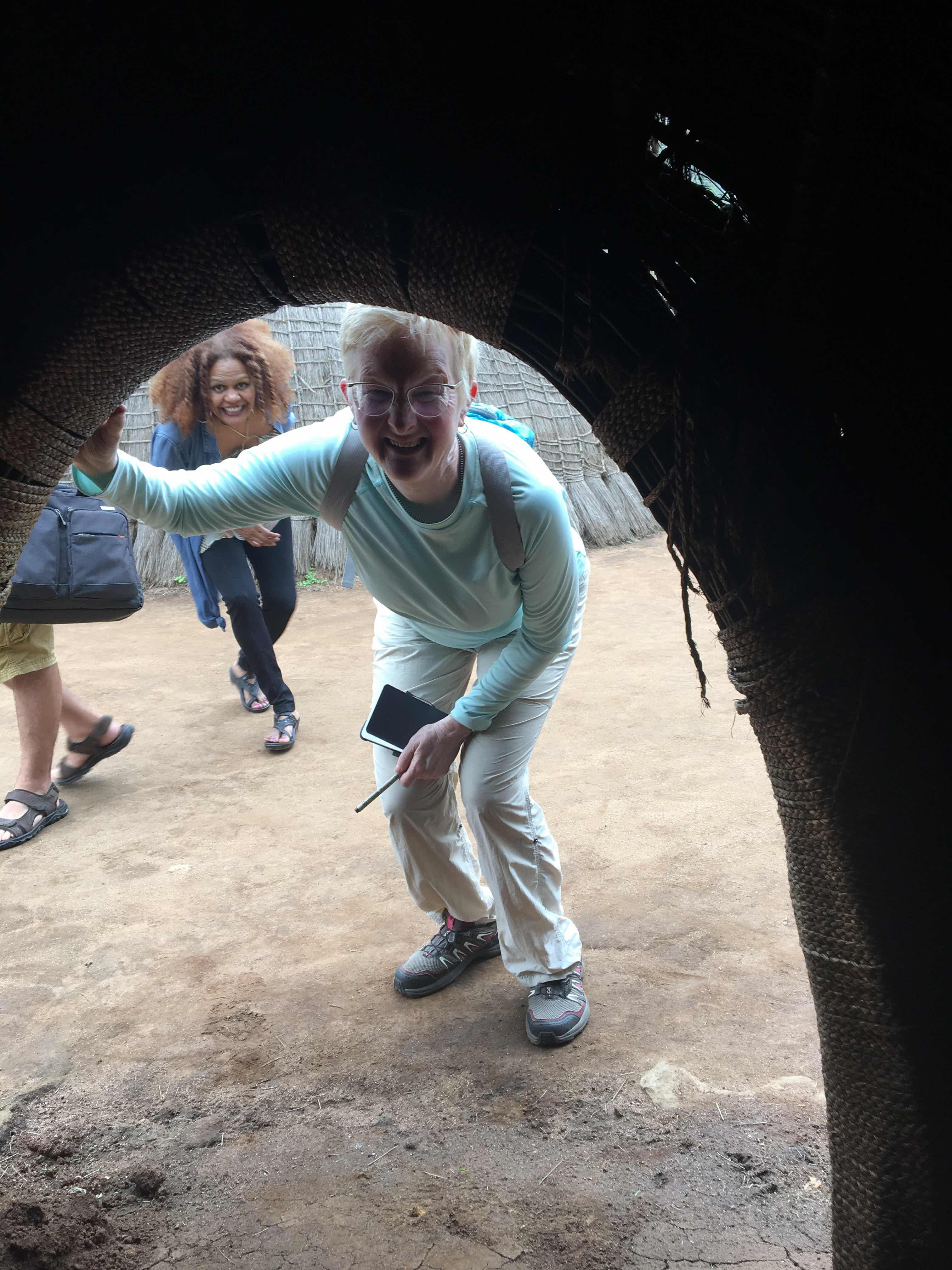 Peeking into a vacant hut. 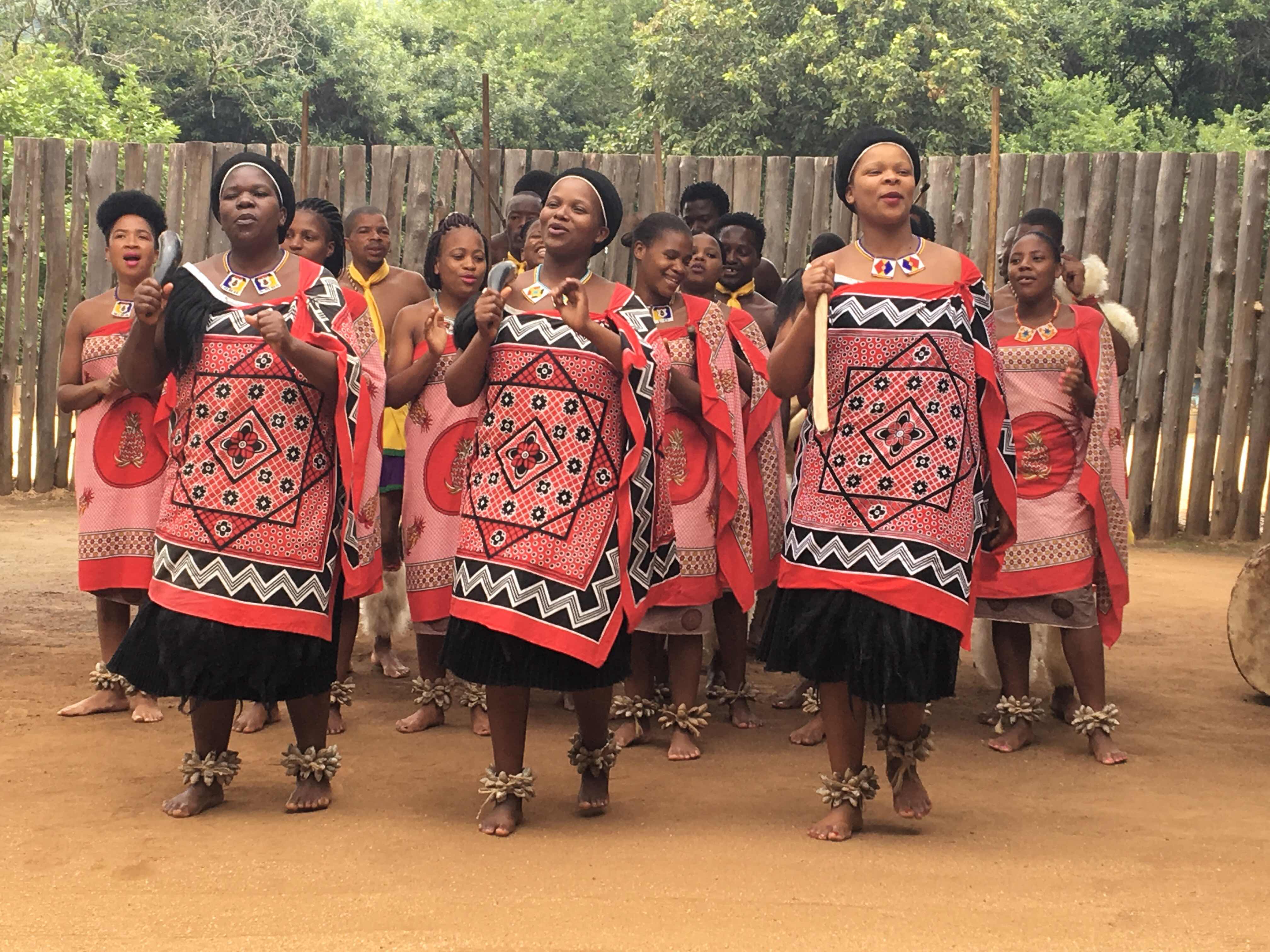 The dancers were incredible. I have a video of them, and will have to post it another way. 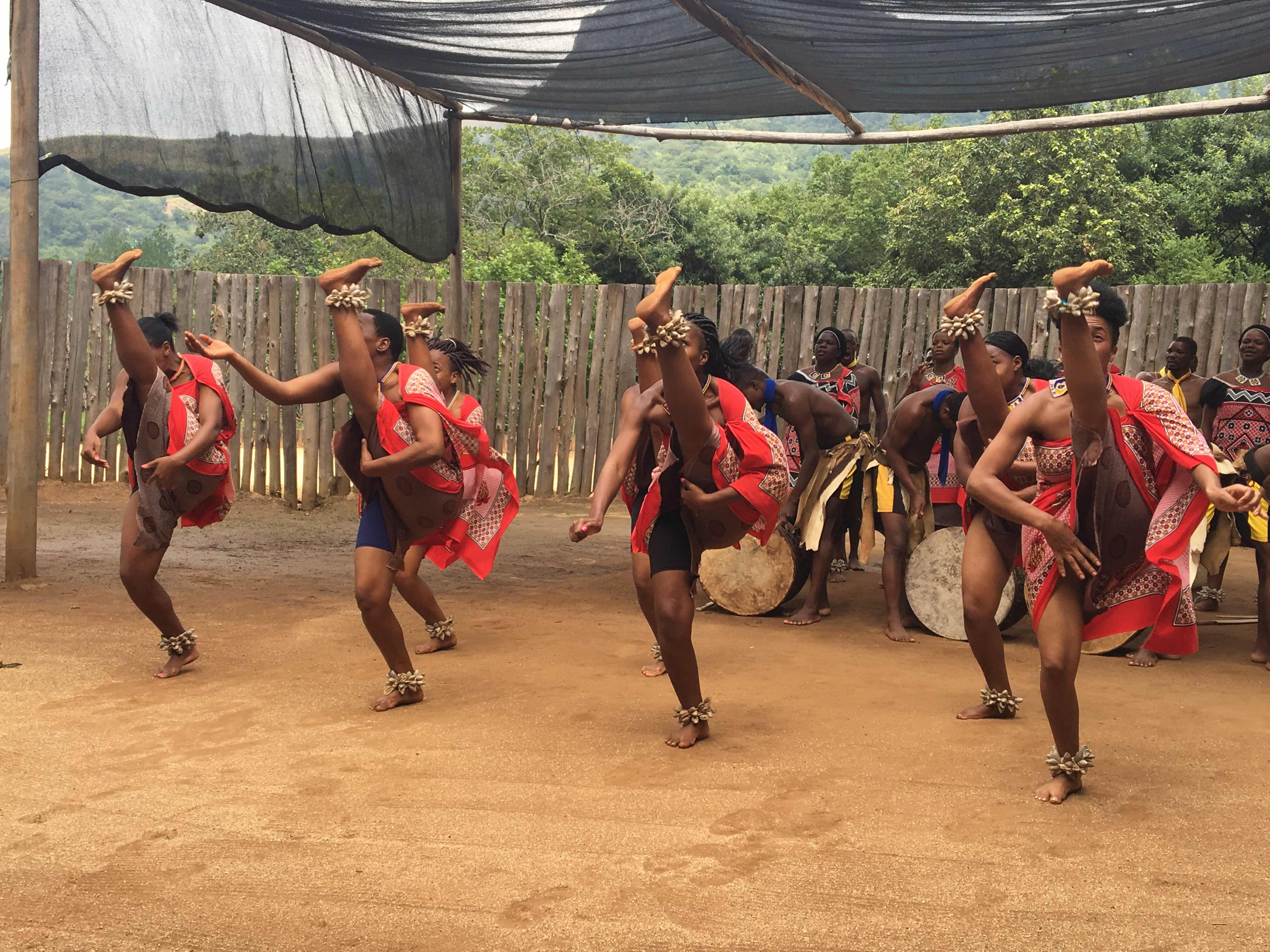 They did this several times in a row! Amazing! 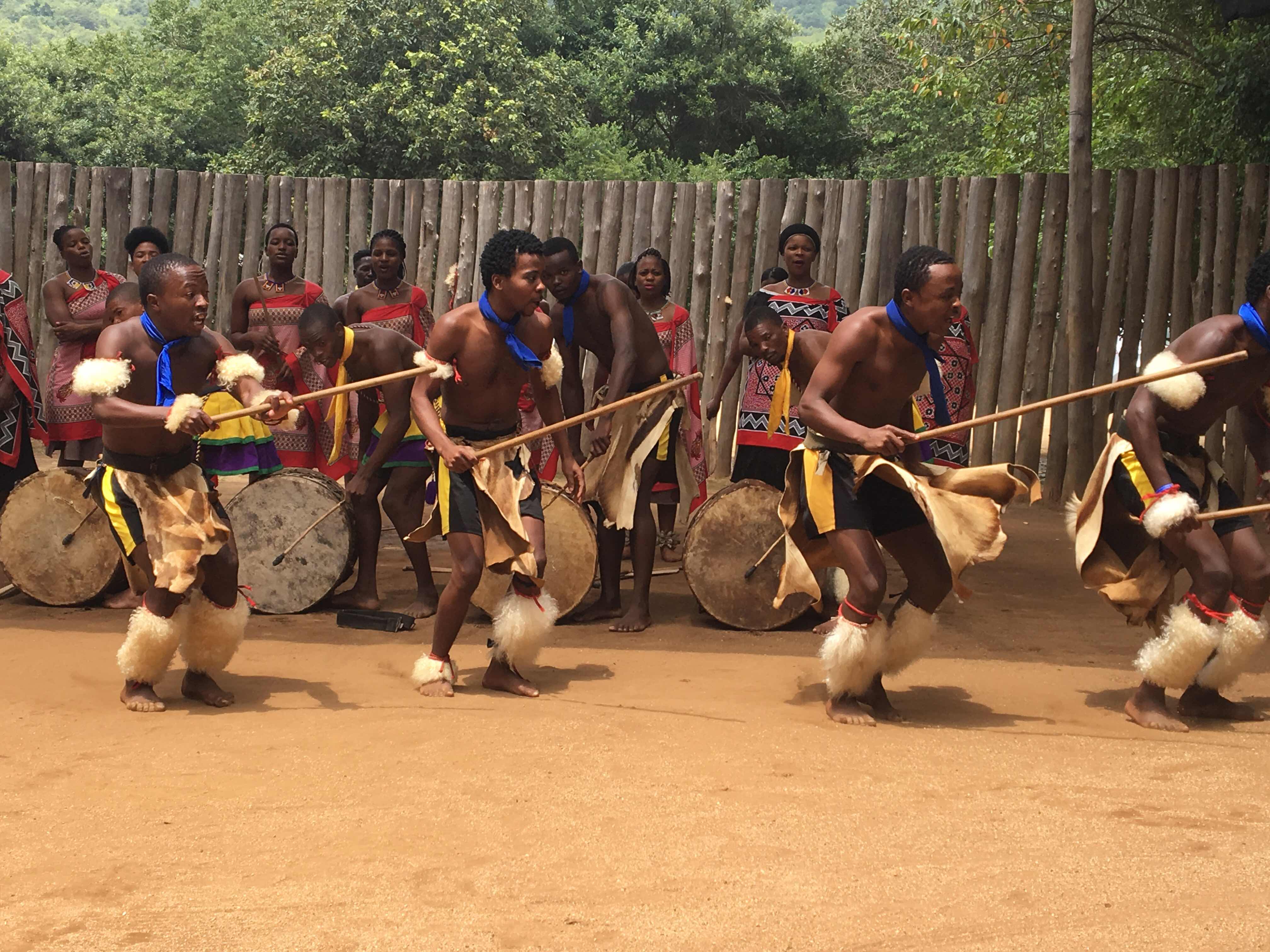 The men dance separately, and fast. 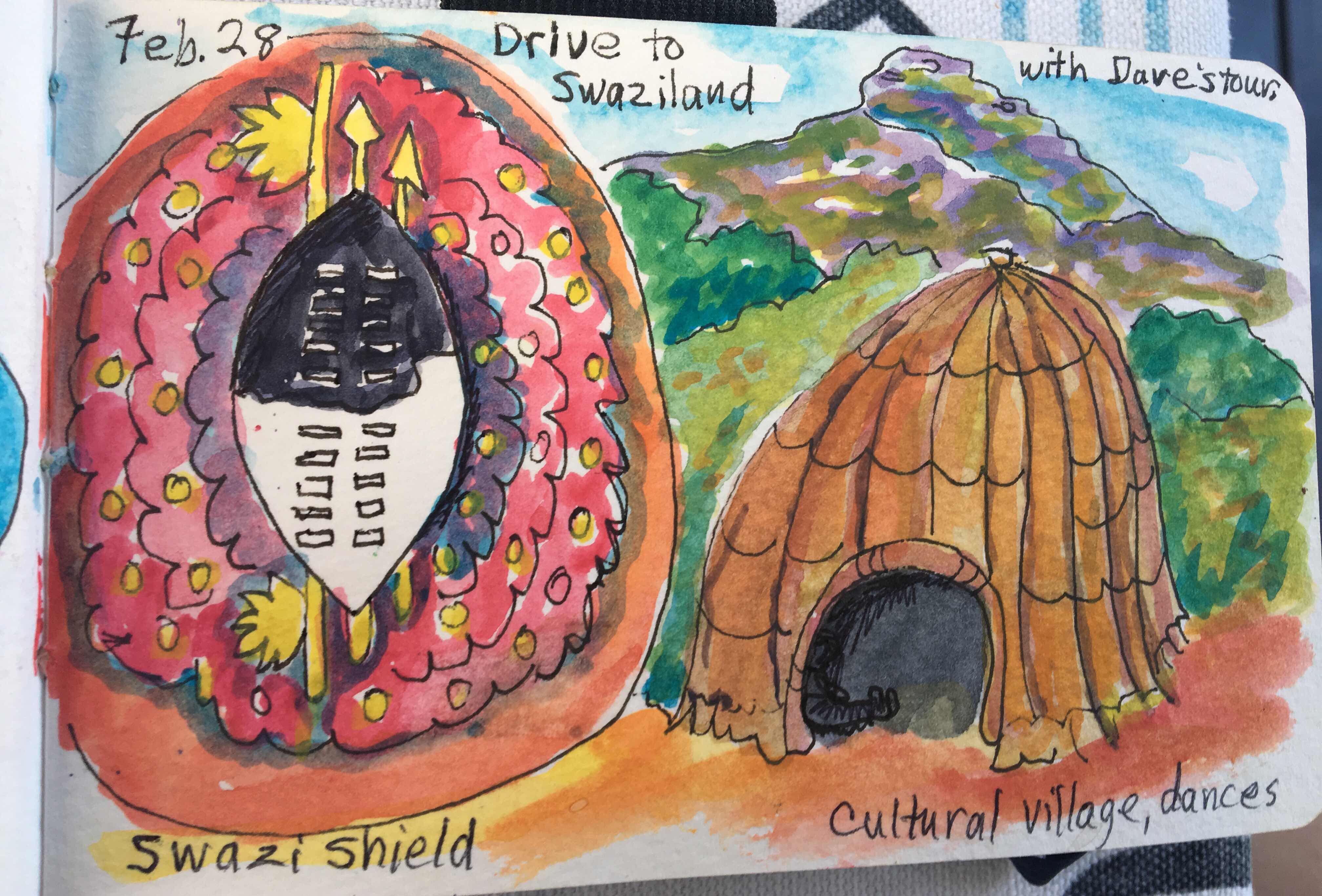 We entered through the northern border, through a gate that opened at 8 am. There were guards and we got out to enter an office where our passports were examined and stamped. There was a photo of the king in the office. Dave said to be calm and serious as we go through the process. We were good and went well. The road was gravel and rough for a few miles. Once years ago the English mined gold here and had a little town with a club and golf course. The buildings are now a school. Dave offered two women waiting along the road for a ride. One had a baby, which a woman in our group got to hold the entire time. The women were strangers to each other, and got off at different places. Dave said this is a common mode of transportation in the country and everyone was happy about it.
After the cultural village we went to a really local place for lunch. Dave chose out meat for barbecuing and it was cooked over a wood fire out back. Also, we had several salads and two kinds of stew, beef and chicken. Which we poured over paap, the very thick grits. This is sticky and easy to eat with your fingers. Although I used a fork, one woman went native with her fingers. Delicious and with Coca Cola! 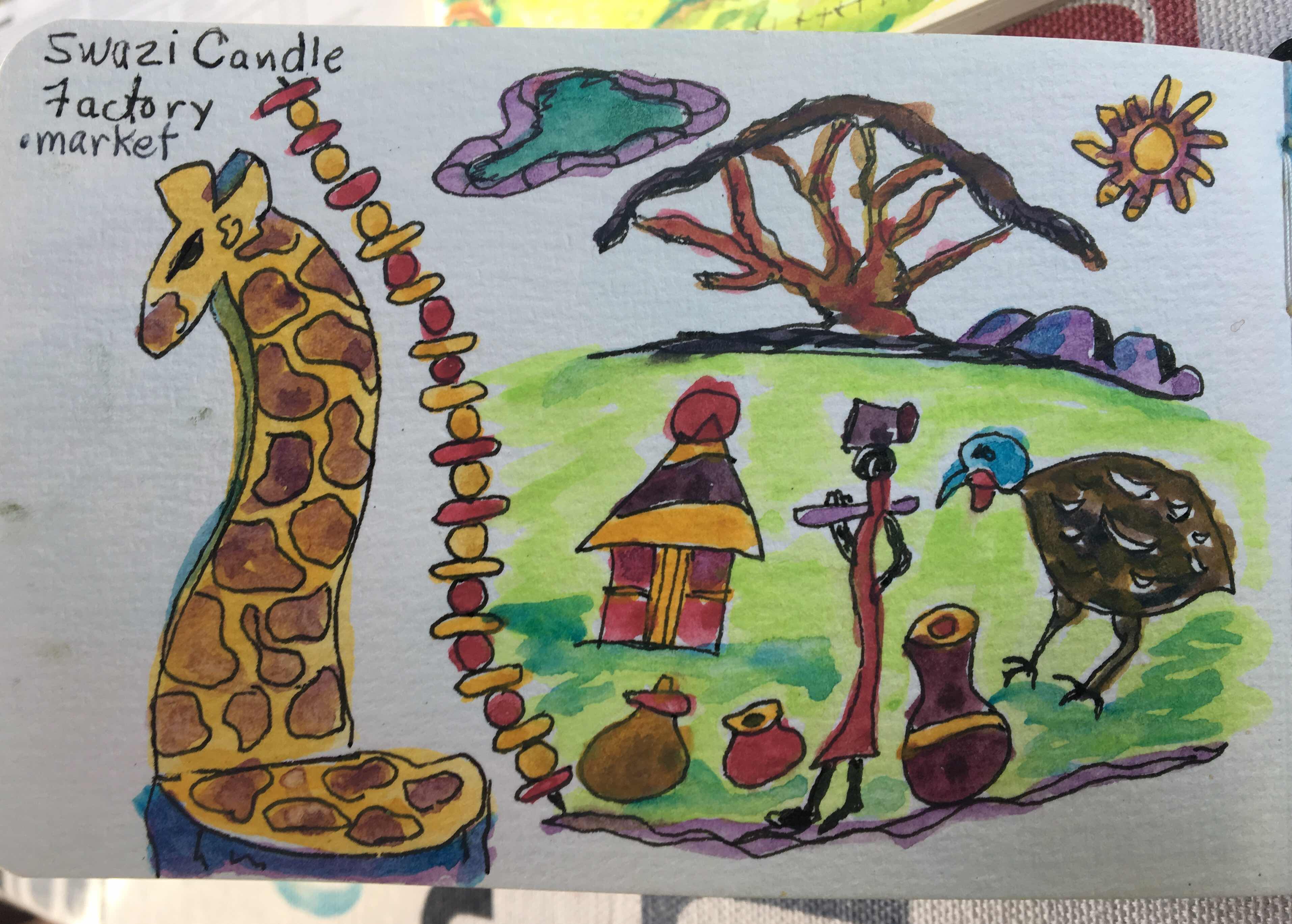 We stopped by a candle factory, a glass making factory. A few years ago some Swedish glass makers came and taught them glass making. It is all recycled glass and it is collected along roadsides and everywhere by local folks, some of whom live solely on this income, which is but little. And there were many souvenir stands and shops, which is what I was trying to draw.
In the van I sat in the front with Dave and talked to him about where to bicycle in the country. This area was rugged and mountainous with lots of traffic and people walking along the busy roads. He recommended the Drakenberg area, south of Johannesburg. I told him one of my friends said it was crazy to cycle here. He said INSANE! 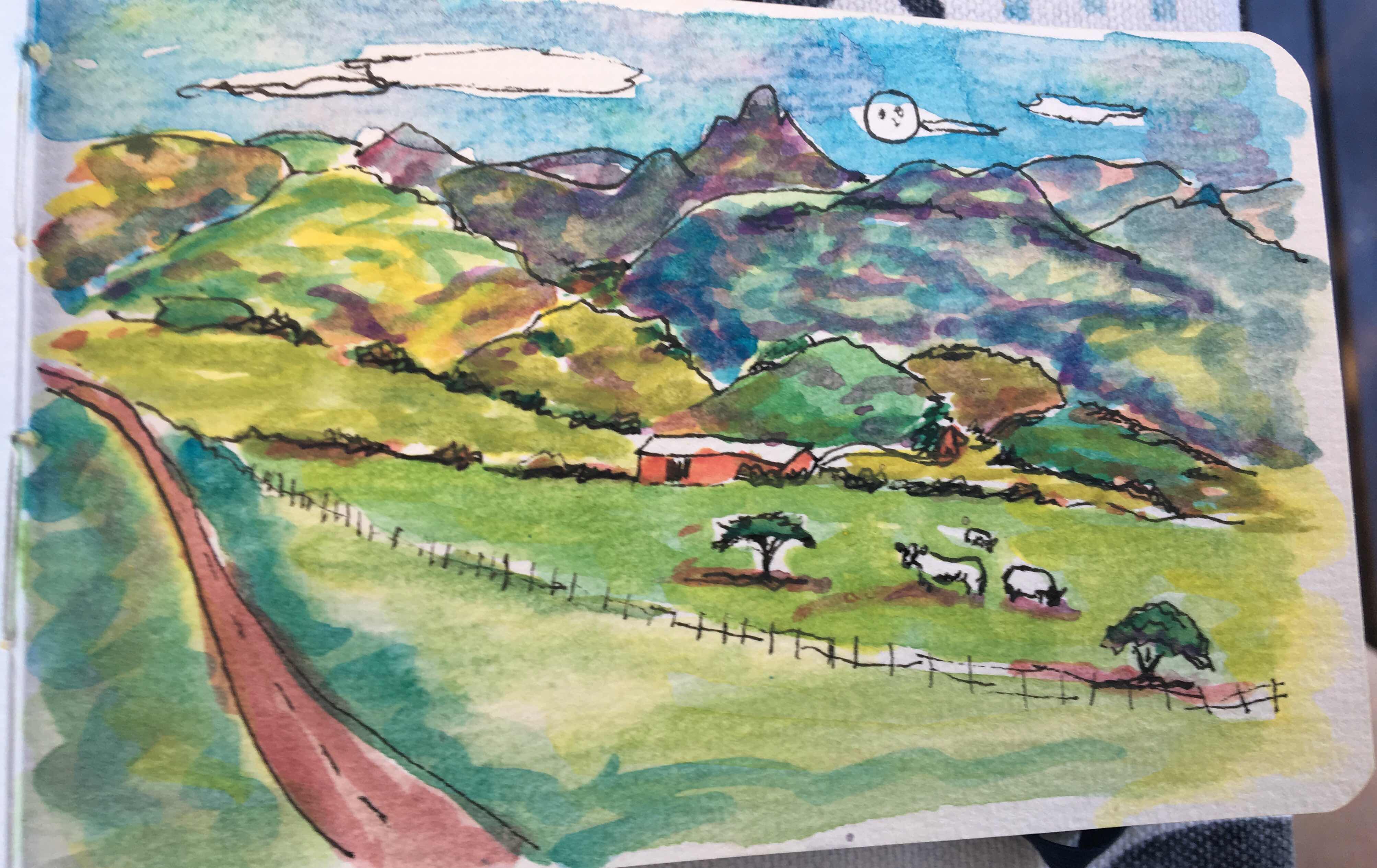 And sure enough, on our way home, after crossing the border back into South Africa, the clutch totally went out and our van stopped along the road. It was early evening and we strolled along the road, watched a beautiful sunset, and I drew a picture to remember the beauty. After about an hour and a half, Dave’s taxi friend came and got us. When we arrived at Dave’s Old Travellers Inn, we were treated to a steak dinner and felt pretty good about the whole experience.

Dave’s receptionist is a black woman from Swaziland and she recognized the countryside in my drawing. She is married and has a child who lives in Swaziland with her mother. Every 20 days she goes home for 10 days. There is not much work in Swaziland, thus the arrangement and it is very common. 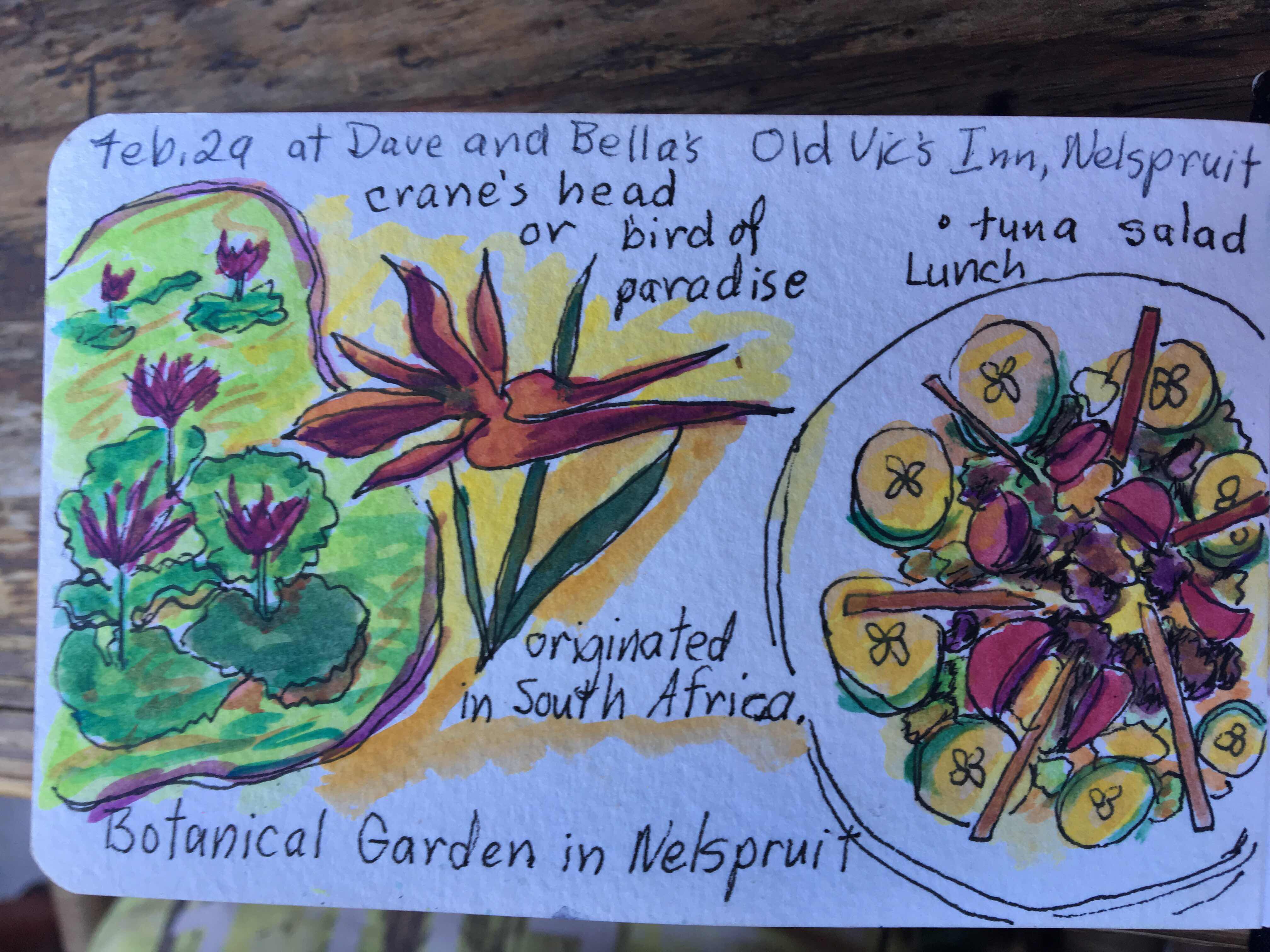 The next day I was so tired I just went to the botanical garden in Nelspruit, wrote and mailed postcards and relaxed. As of April 24, not one has been received! 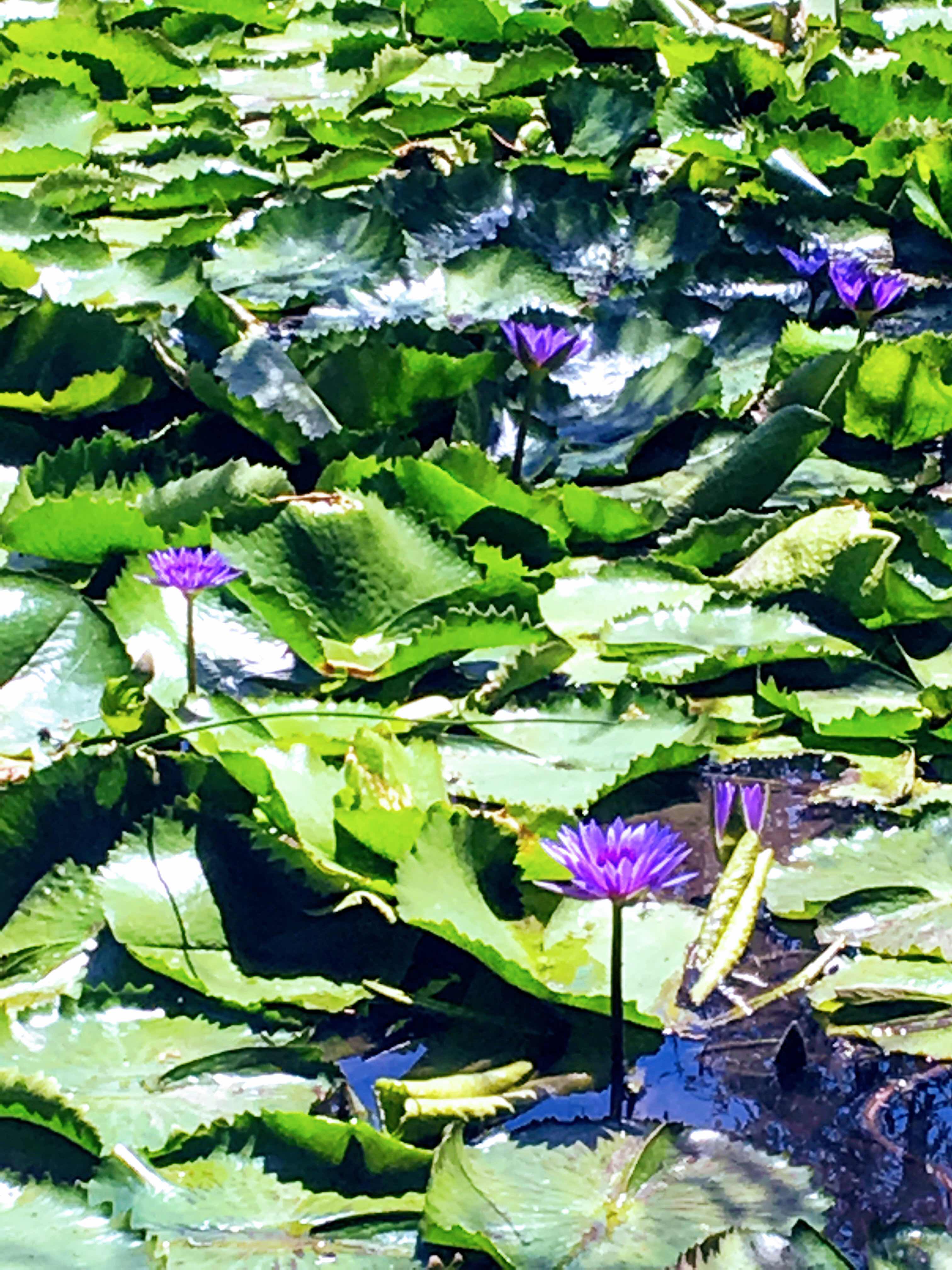 The botanical gardens in Nelspruit. 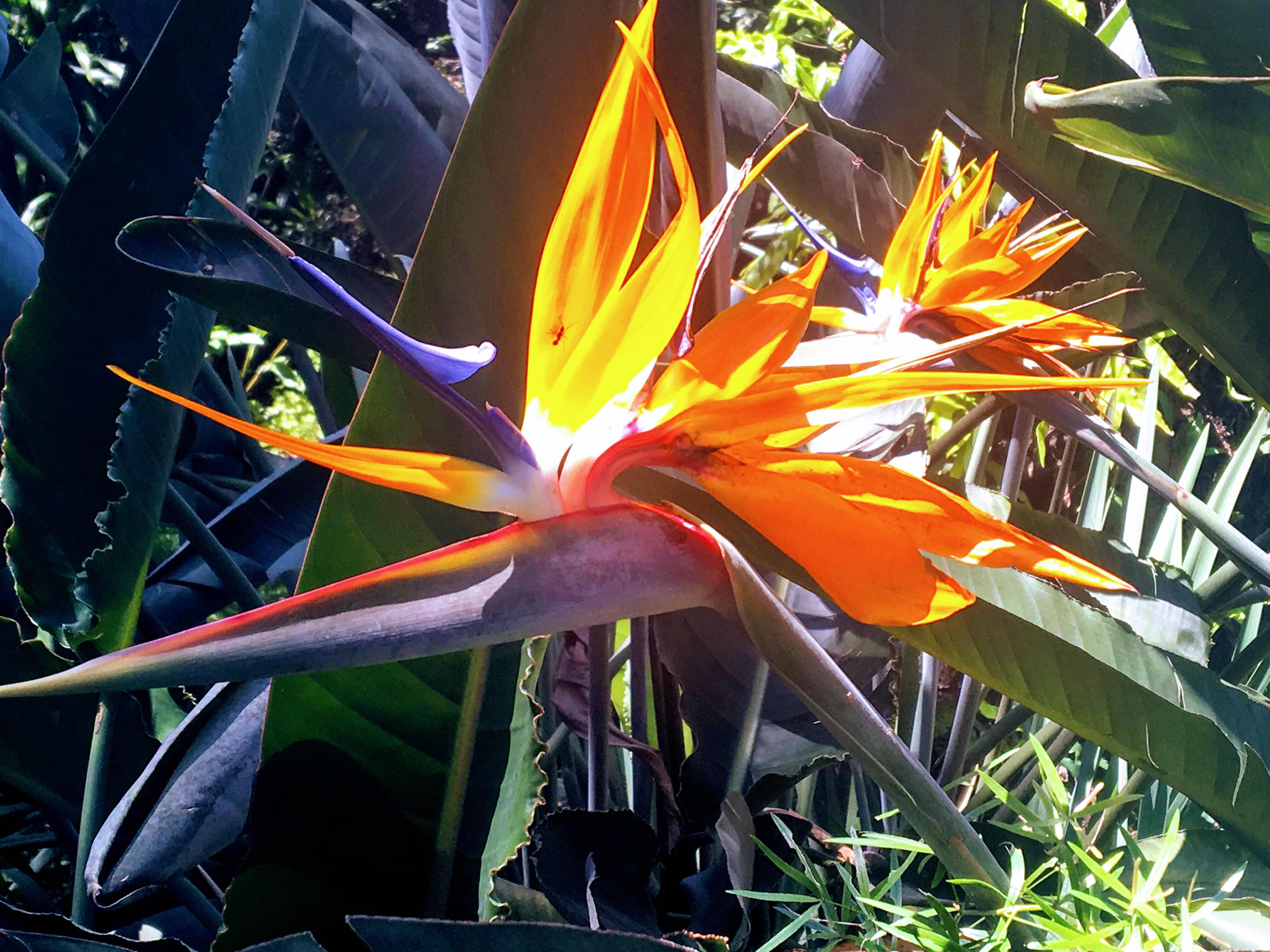 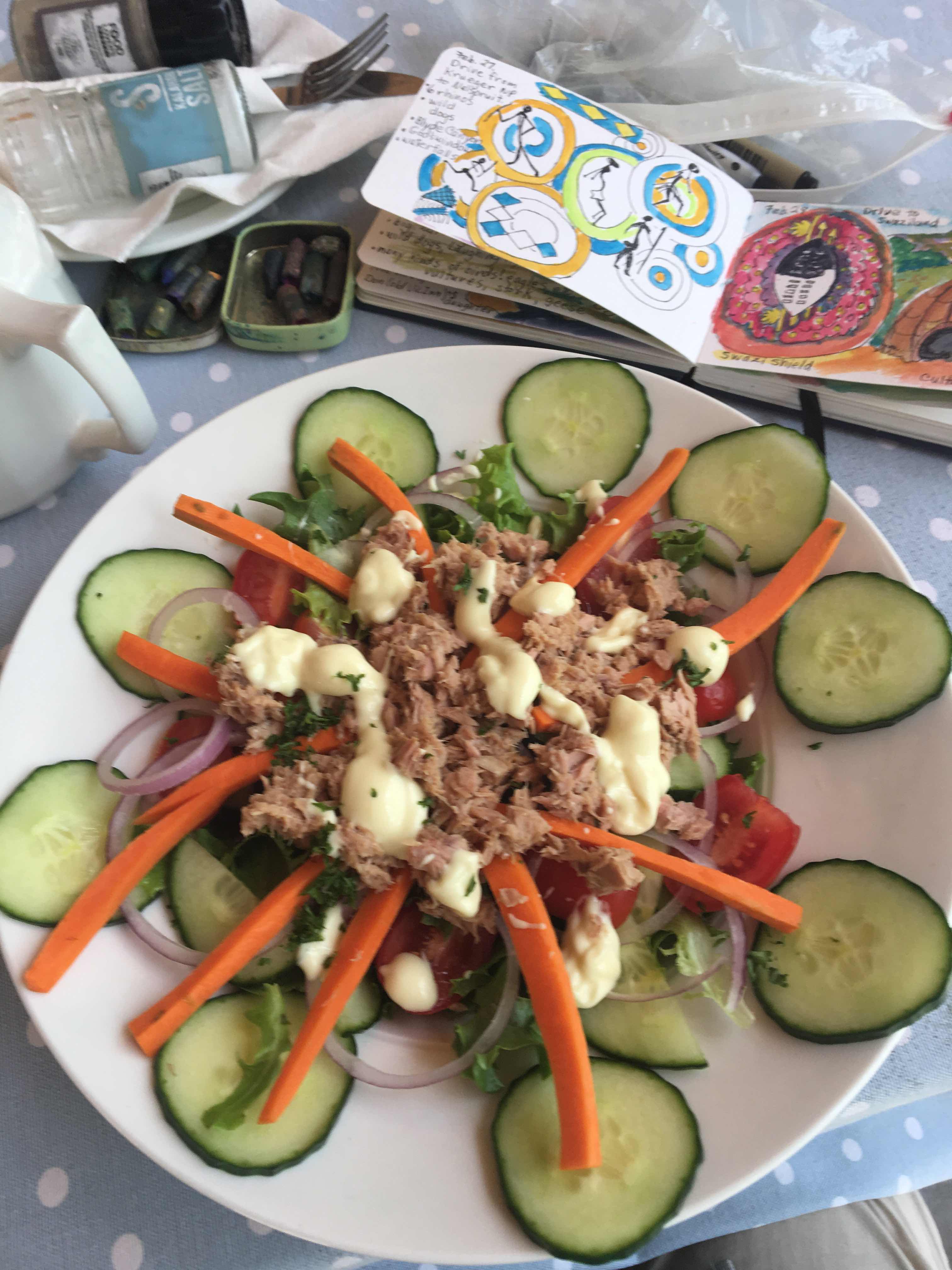 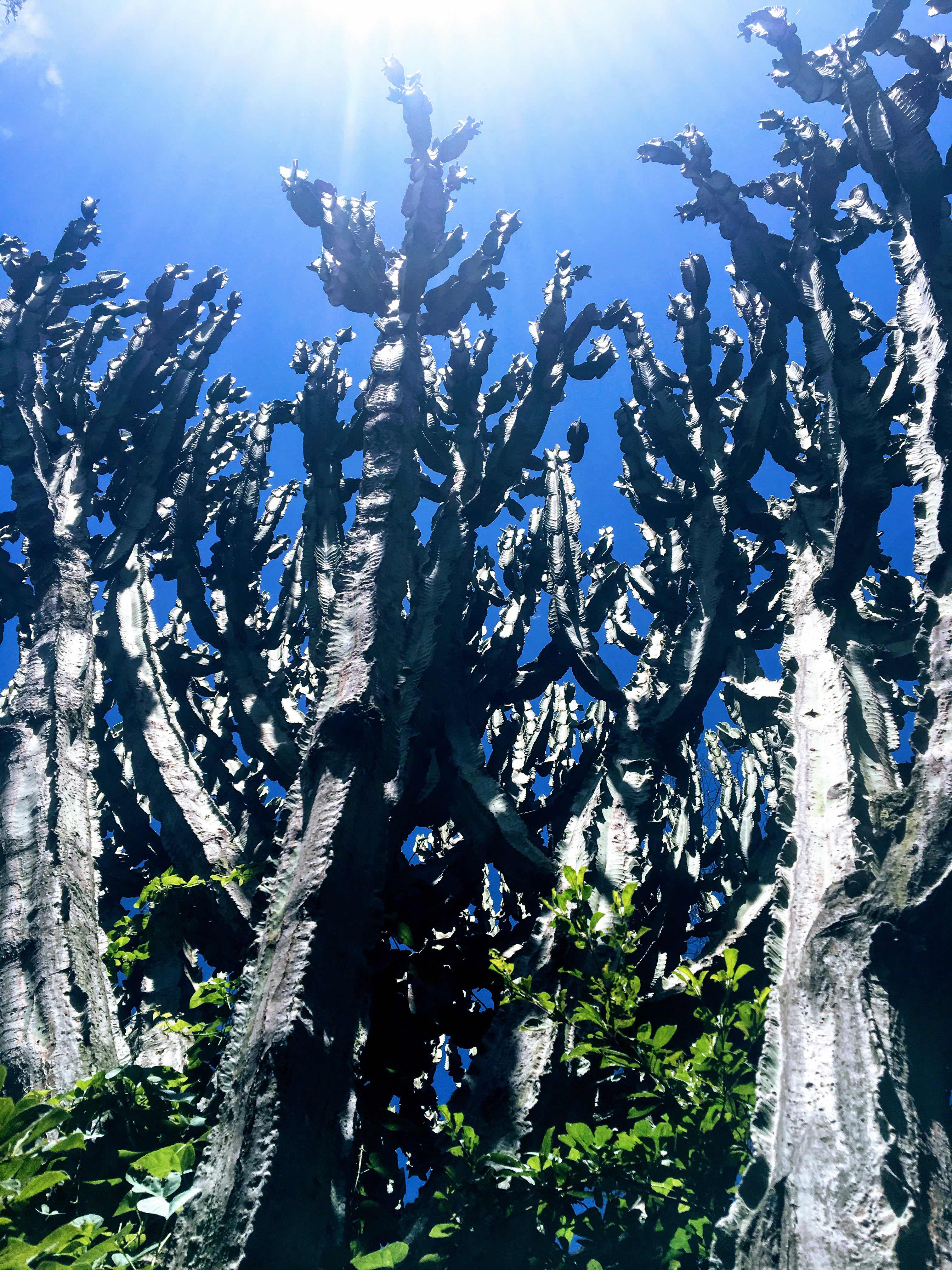 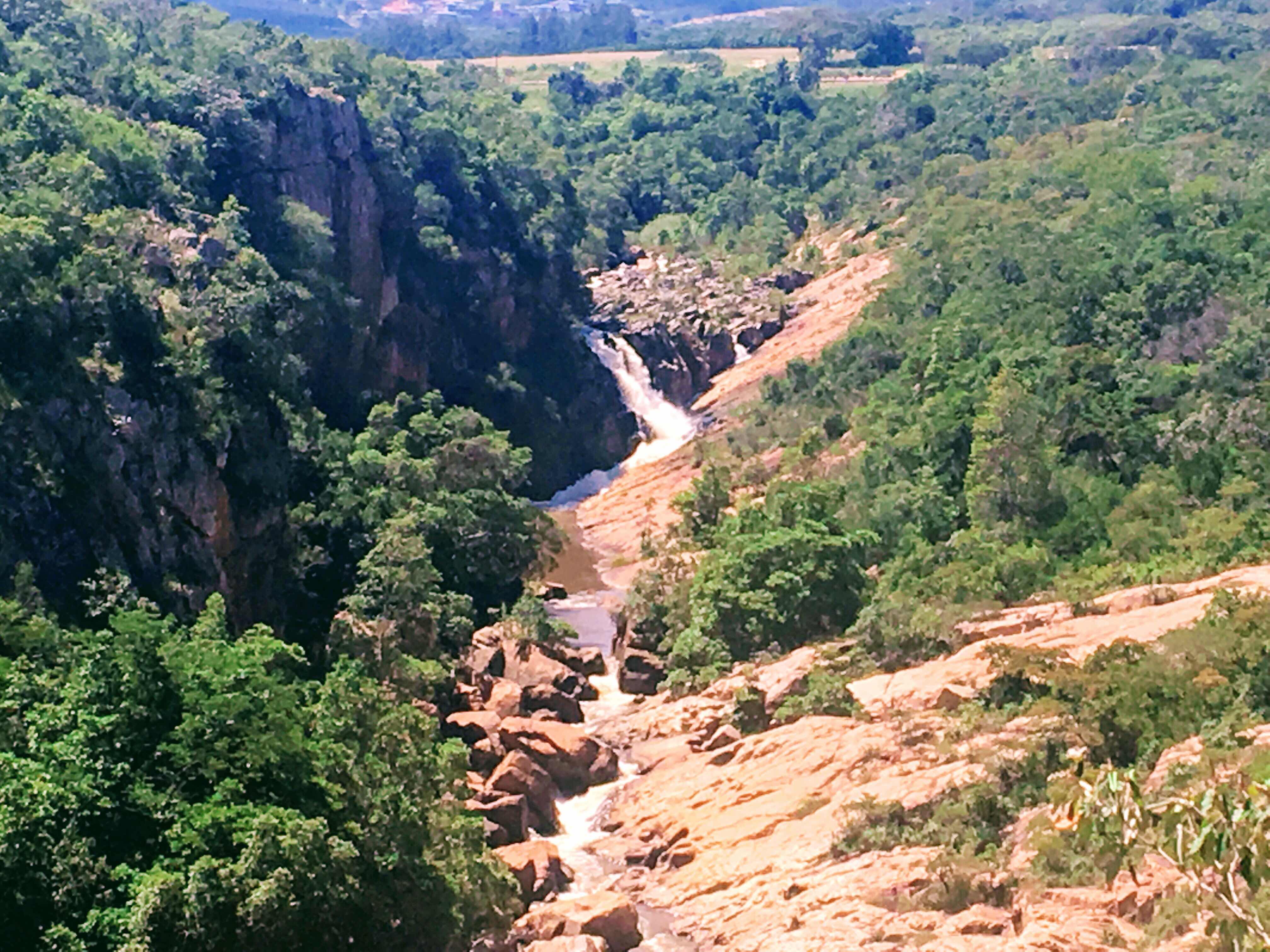 View from the botanical gardens.