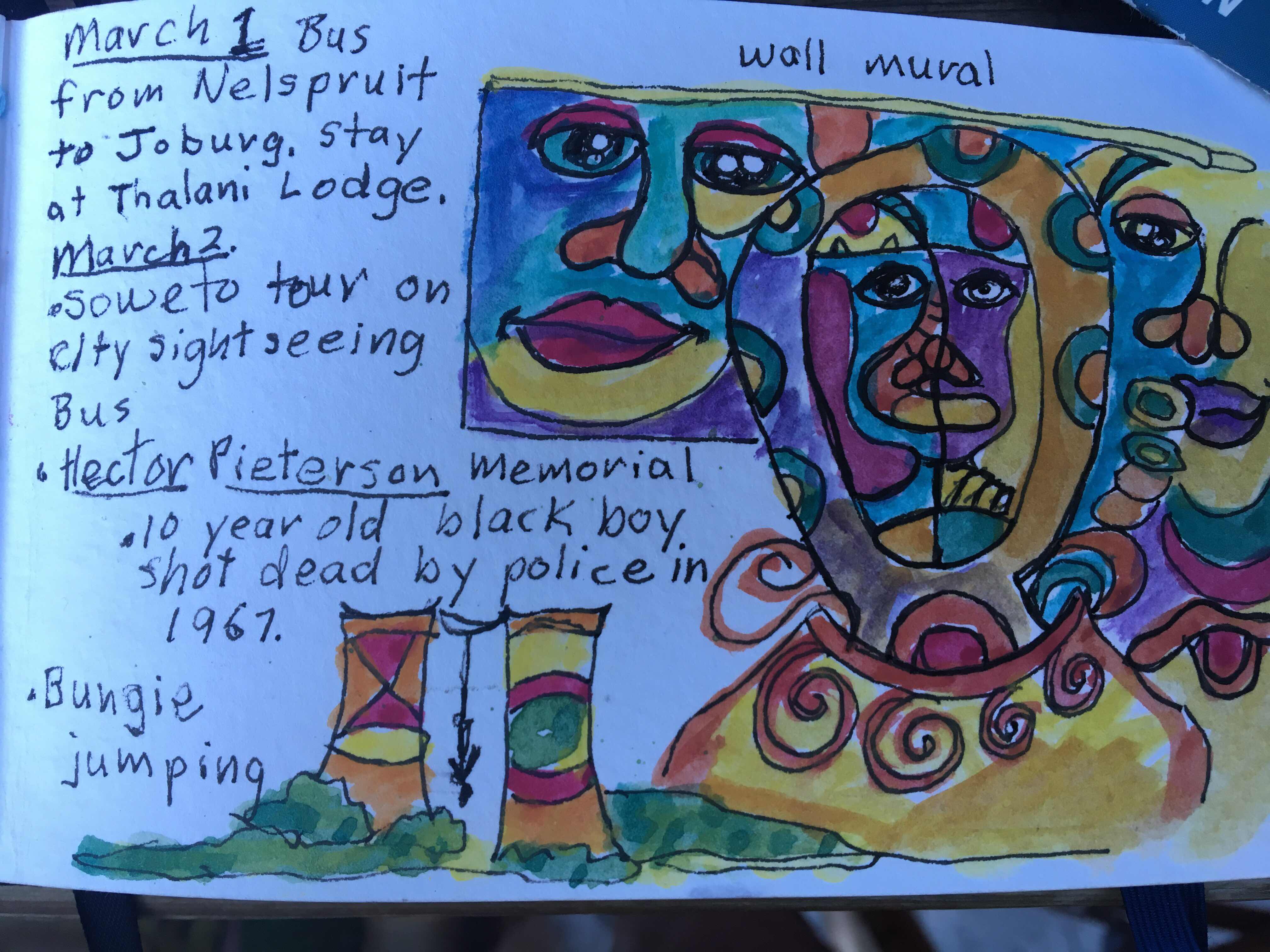 Fortunately there is a new bus service that will take my bicycle, called Lime Time Shuttle. They have 20 person vans and a trailer for luggage. And pick-up and drop-off points on major highways or at a shopping mall. In Nelspruit, with a population of about 58,000, it was a rideable distance from Old Travellers Inn, although hilly.

But in Johannesburg, which is 210 miles away, has a population of 10.5 million in the metropolitan area, the nearest drop-off point is on the highway six miles from the nearest affordable hotel, $100 a night, that is on the list of pick up points for my next bus service, the Baz Bus.
There are cheaper places to stay on the list, but further into the city. And more expensive hotels, like at the airport.
It was interesting on the bus because people were South Africaan, not the foreign tourist because you do need someone, or a taxi, from wherever the departing point is. And they like to chat. One conversation was in Africaan, meaning they were all white, but I could pick out the word Trump. And it was easy to pick out the derision and contempt from every single person on the bus, because each person had a strong and obviously negative opinion. Even people who had just listened to the chatter about sports, chimed in. I was embarrassed and said nothing. And could only speak English anyway, although by now I can pick up the gist of some conversations. Sports and politics, are the usual mainstays of casual conversation.
We reached Johannesburg a couple of hours late, running into heavy traffic at rush hour. I was dropped off at a gas station just off the main highway and put the panniers on my bike. Made sure all the quick release levers were tight, as these hold on the seat, the handle bars and each wheel. Those monkeys could get them loose and I was taking no chances on traveling in the luggage van could knock something loose, too.
The bus driver had asked if I had a ride, no, I told him I am riding my bicycle. He asked again, not quite believing his ears. If I was not nervous about the ride, it would have been amusing.
Thank goodness I had an iPhone with maps so I could figure out my way and where I was. I could tell I was headed through an industrial area before coming to a nice suburb and hoped the traffic would not be too heavy.
It was surprisingly easy to find my way and the traffic not bad. There were black workers coming out of factories, but on foot not in cars. The roads were wide where there were trucks. Except once it was single lane over a bridge, everyone waited politely. There were corrugated shacks and women carrying loads on their heads. Totally a black community. Once when going up a hill a big black man called out to me, “Faster mama, faster mama, faster, faster.” and made his hands go around like pedals. Men everywhere will tease! I had to laugh.
Passed a bright red Hindu crematorium set in a lovely green park. And finally reached the Thulani lodge in a lovely suburb. It looked nice but the room was a bit tattered. I made the most of the nice towels, big bathroom, made tea in the sitting room and locked my bicycle to the chair in the bedroom, as recommended by other travelers. Bikes are a rare and prized possession here. Rarely have I seen one.
I like to meet people at the hostels and campgrounds but having a private room occasionally is a treat.
As you can see, I took not one photo today!