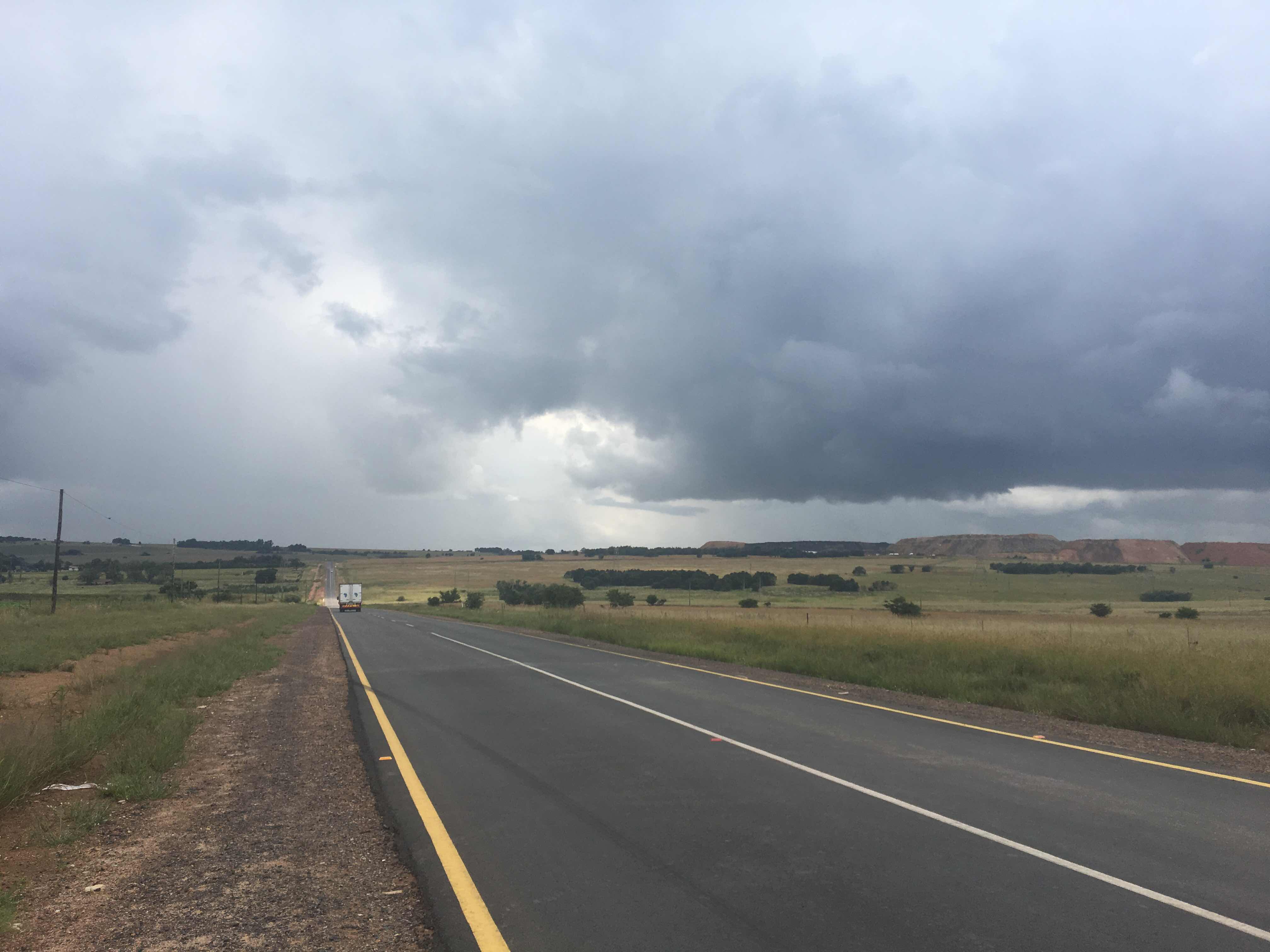 Perfect cycling weather and road, cool with rolling hills and little traffic. Although the clouds were a little troubled with lightning and I might get soaked. 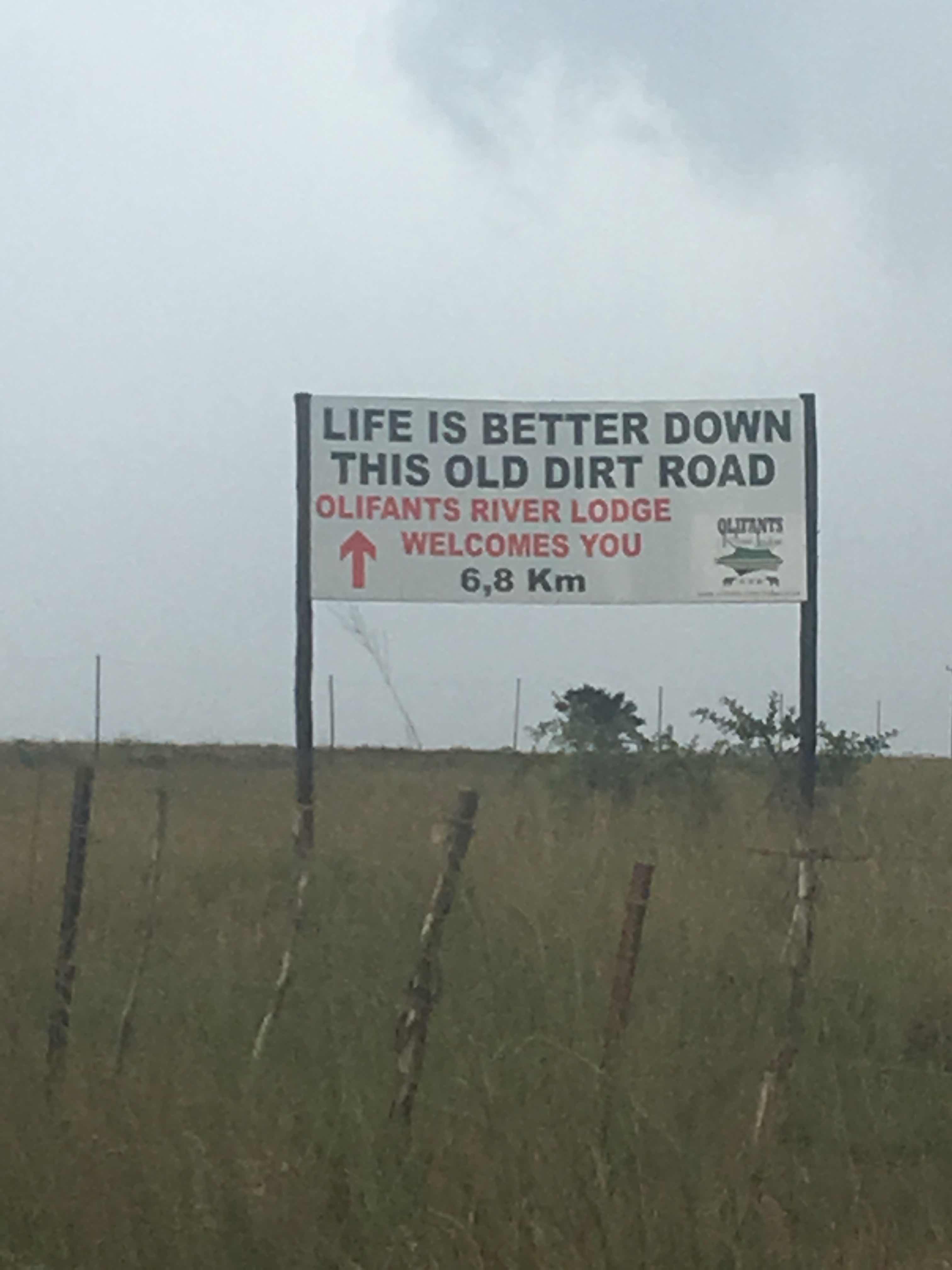 It was true, life was great down this road. Thank you Uncle Barry! 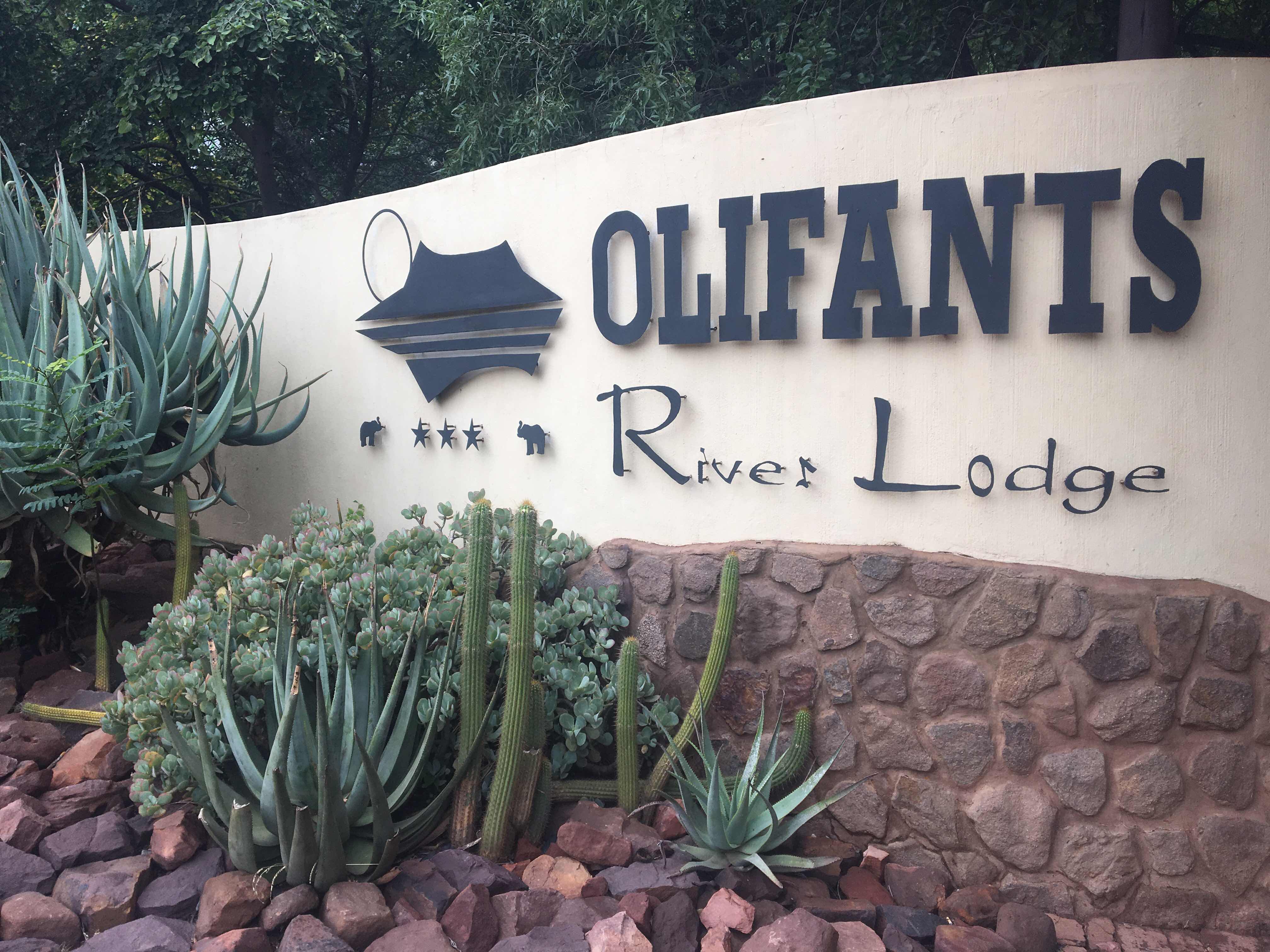 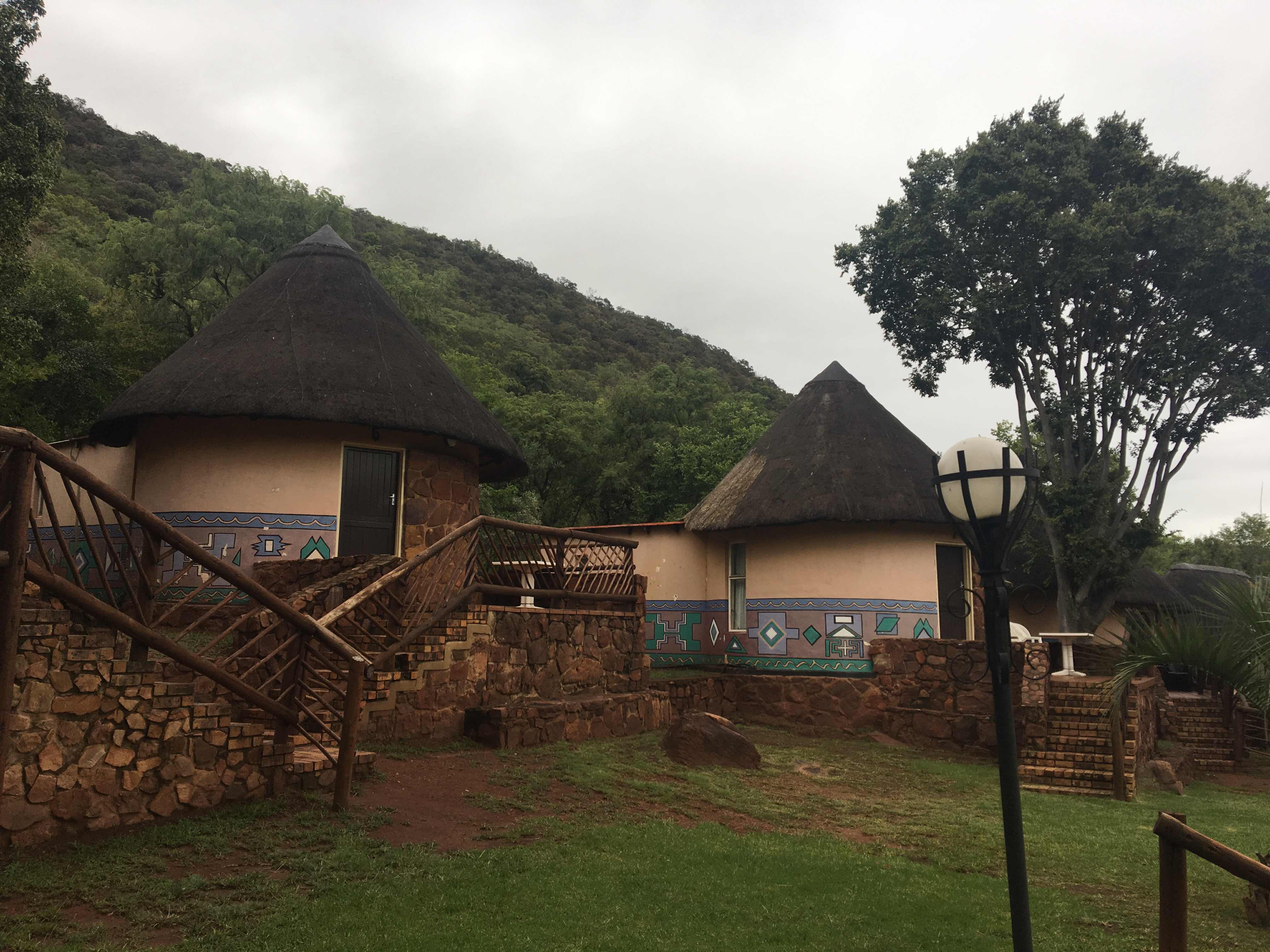 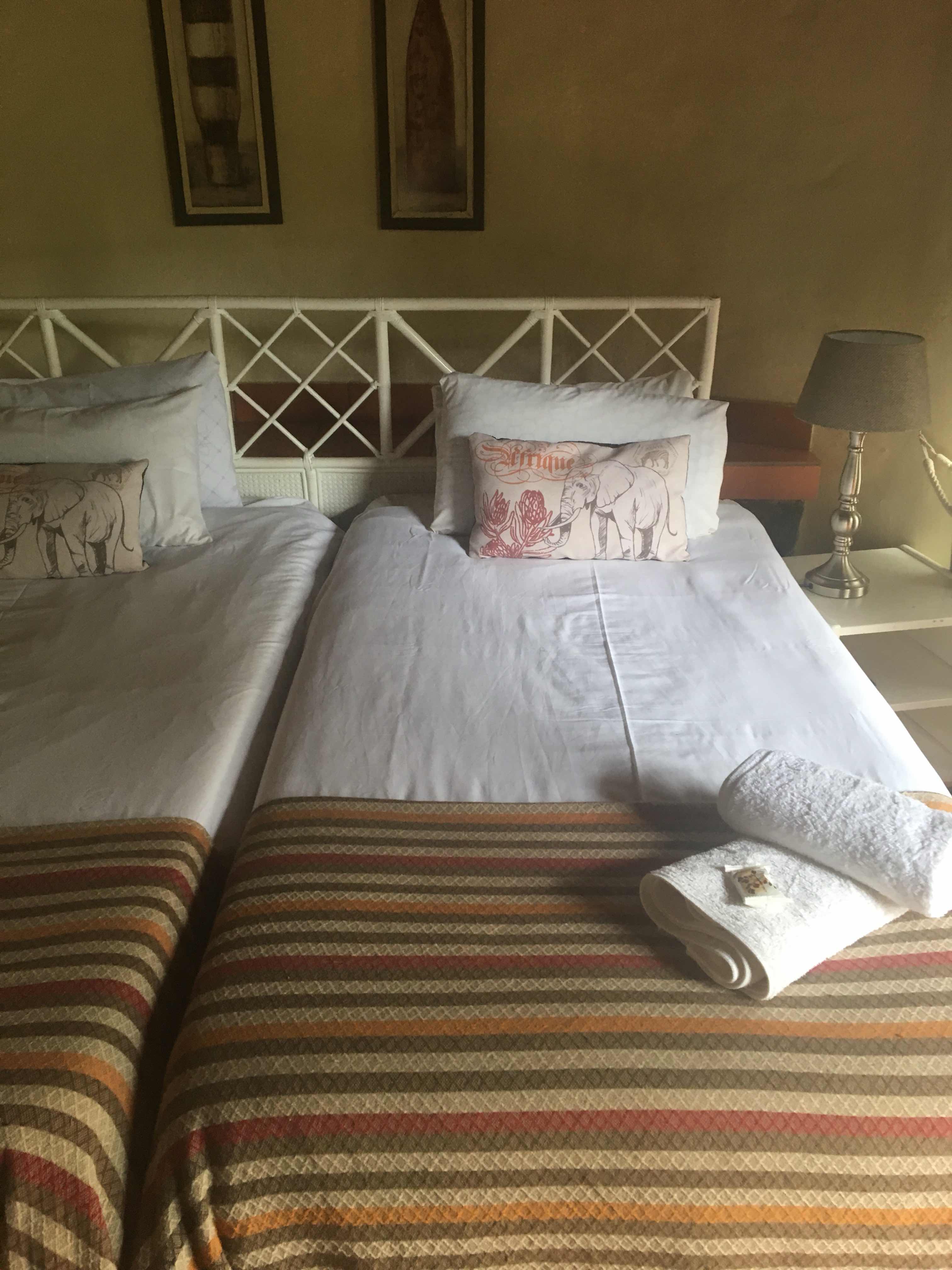 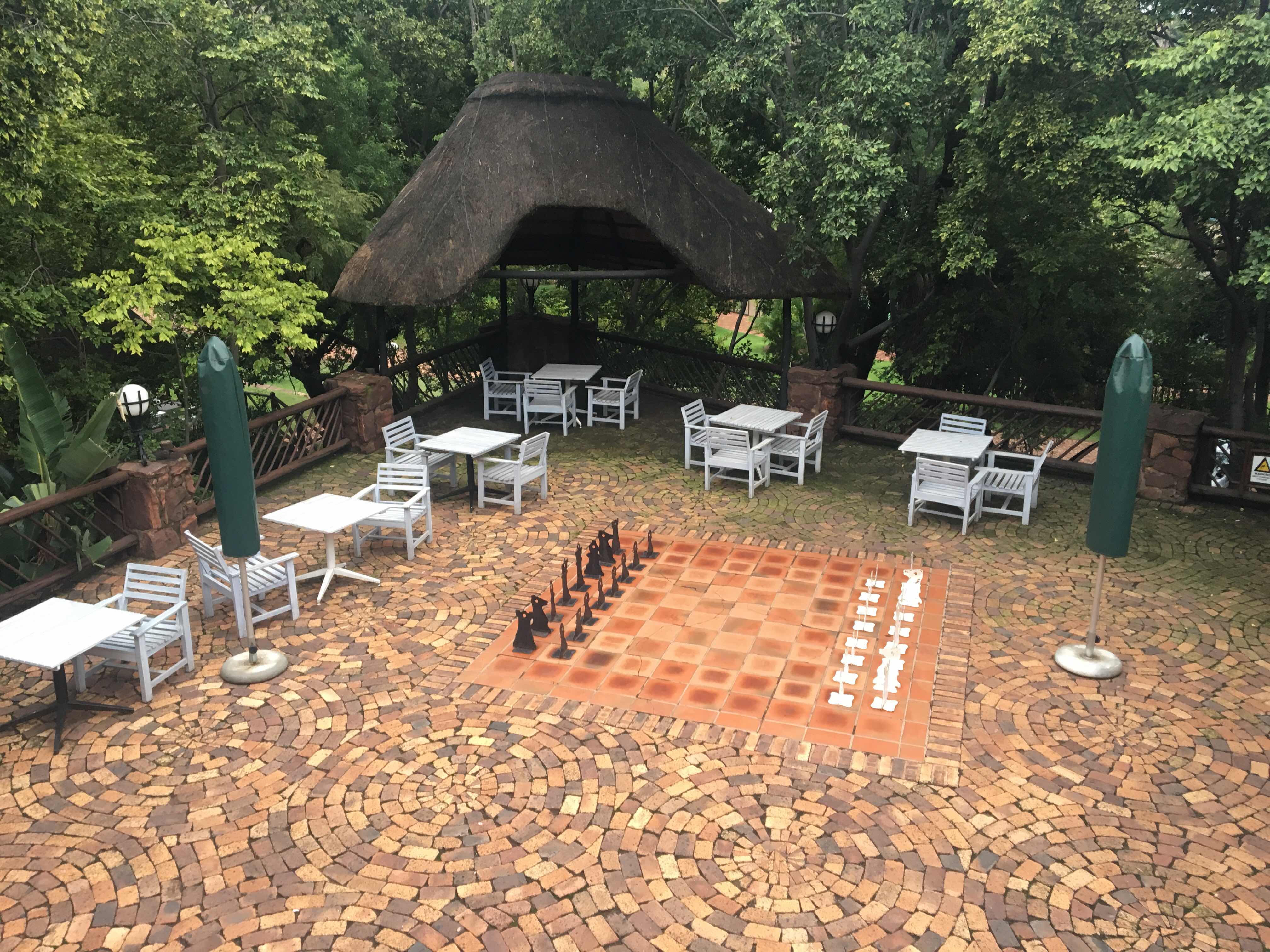 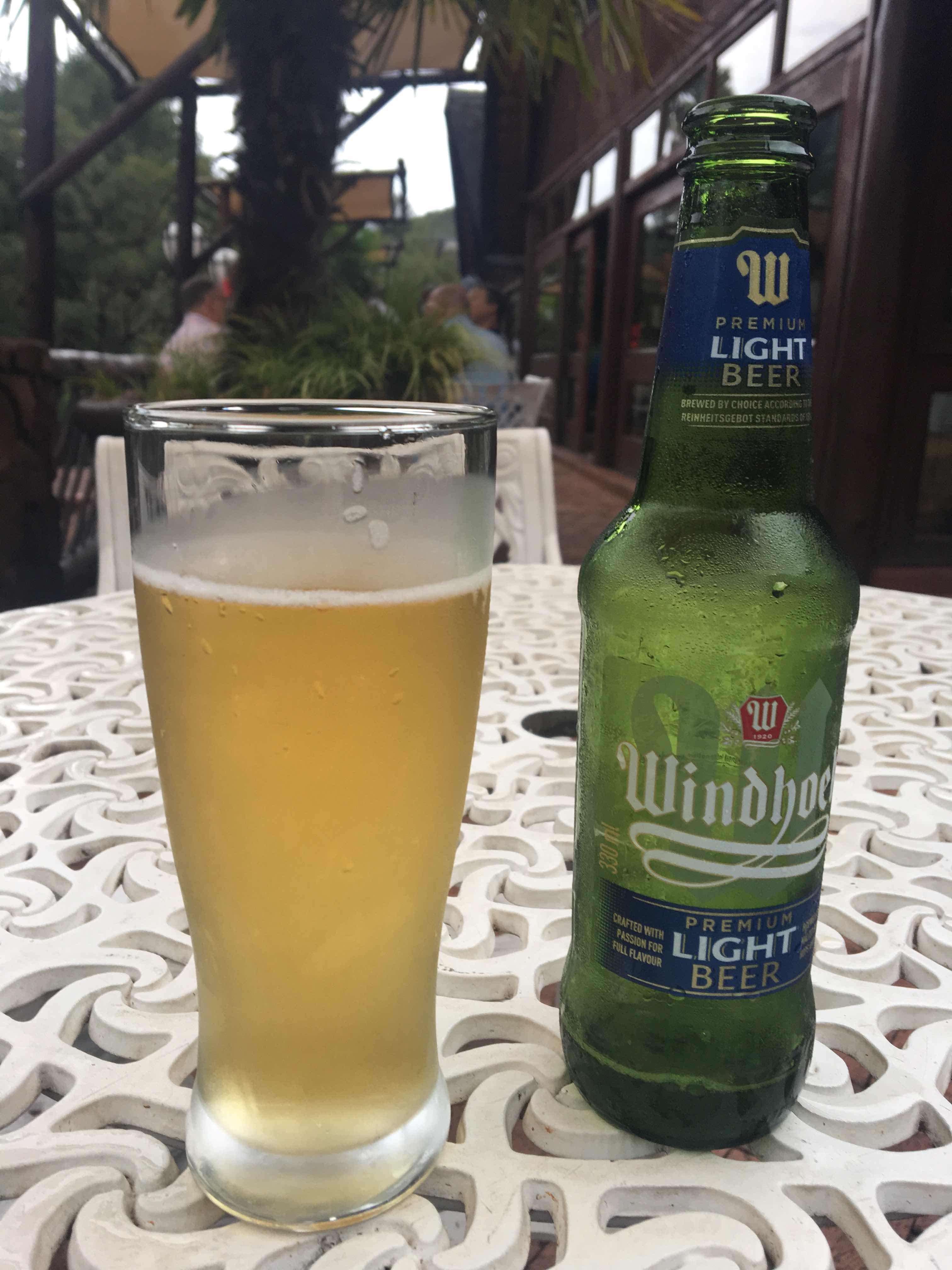 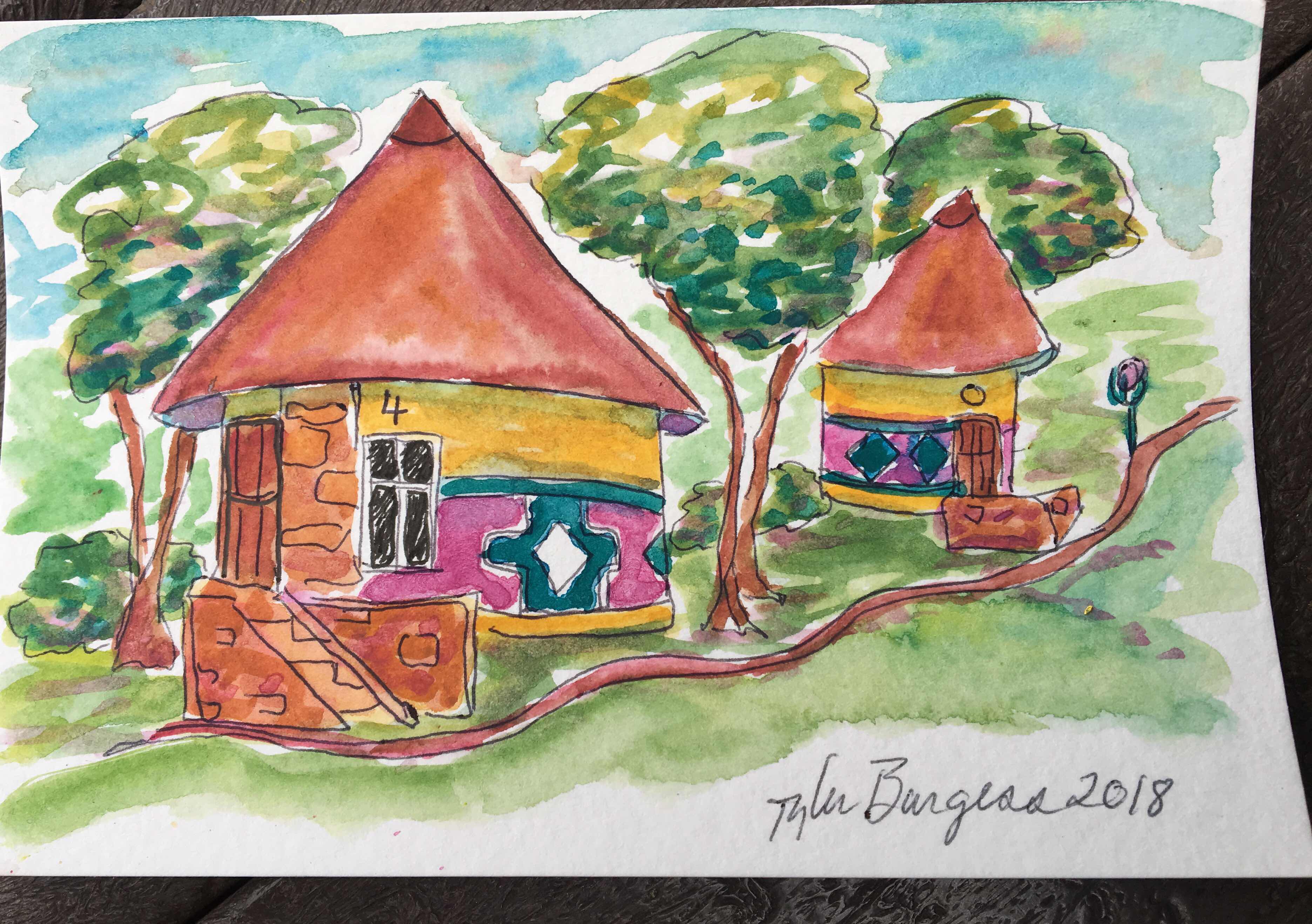 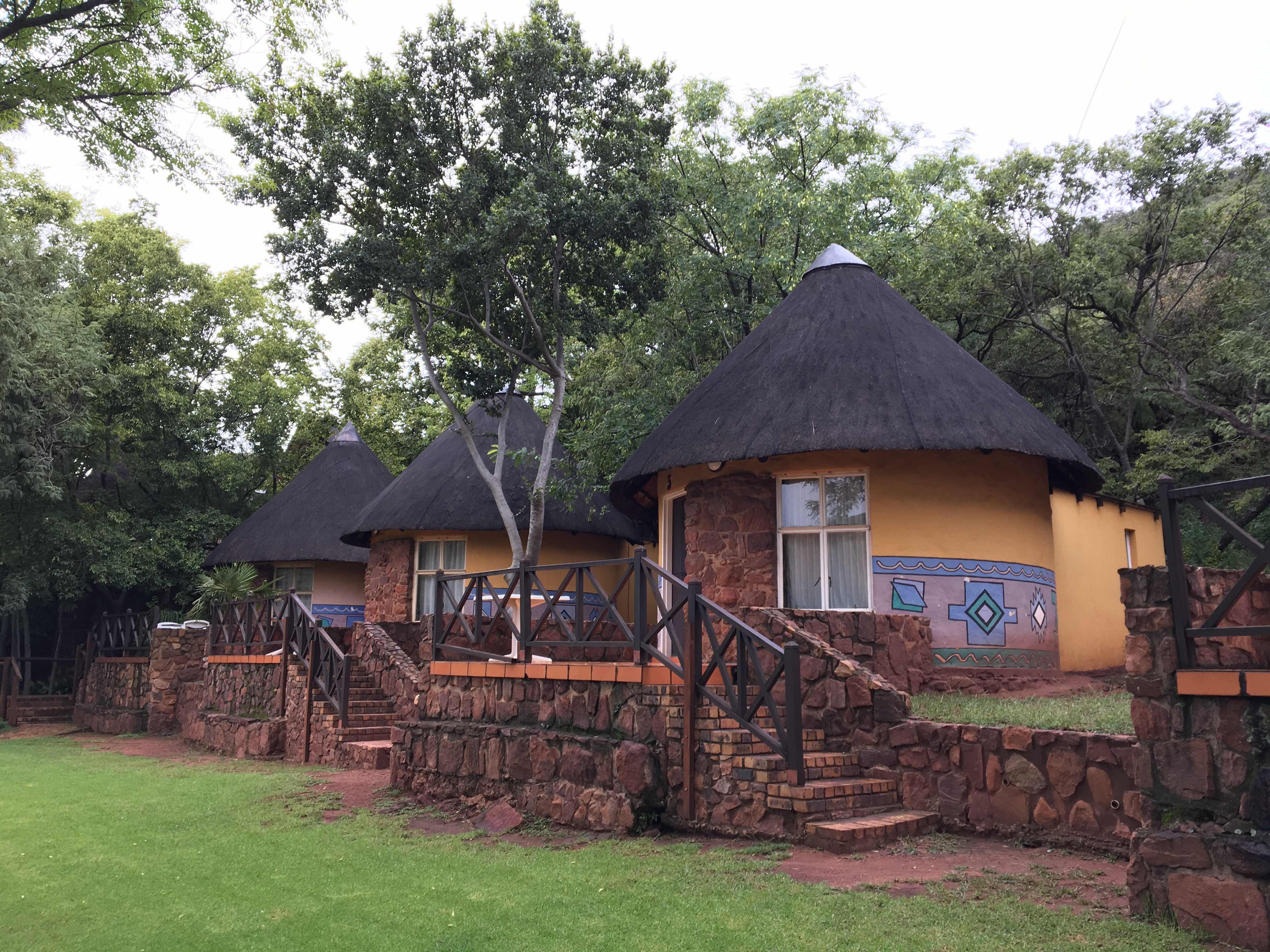 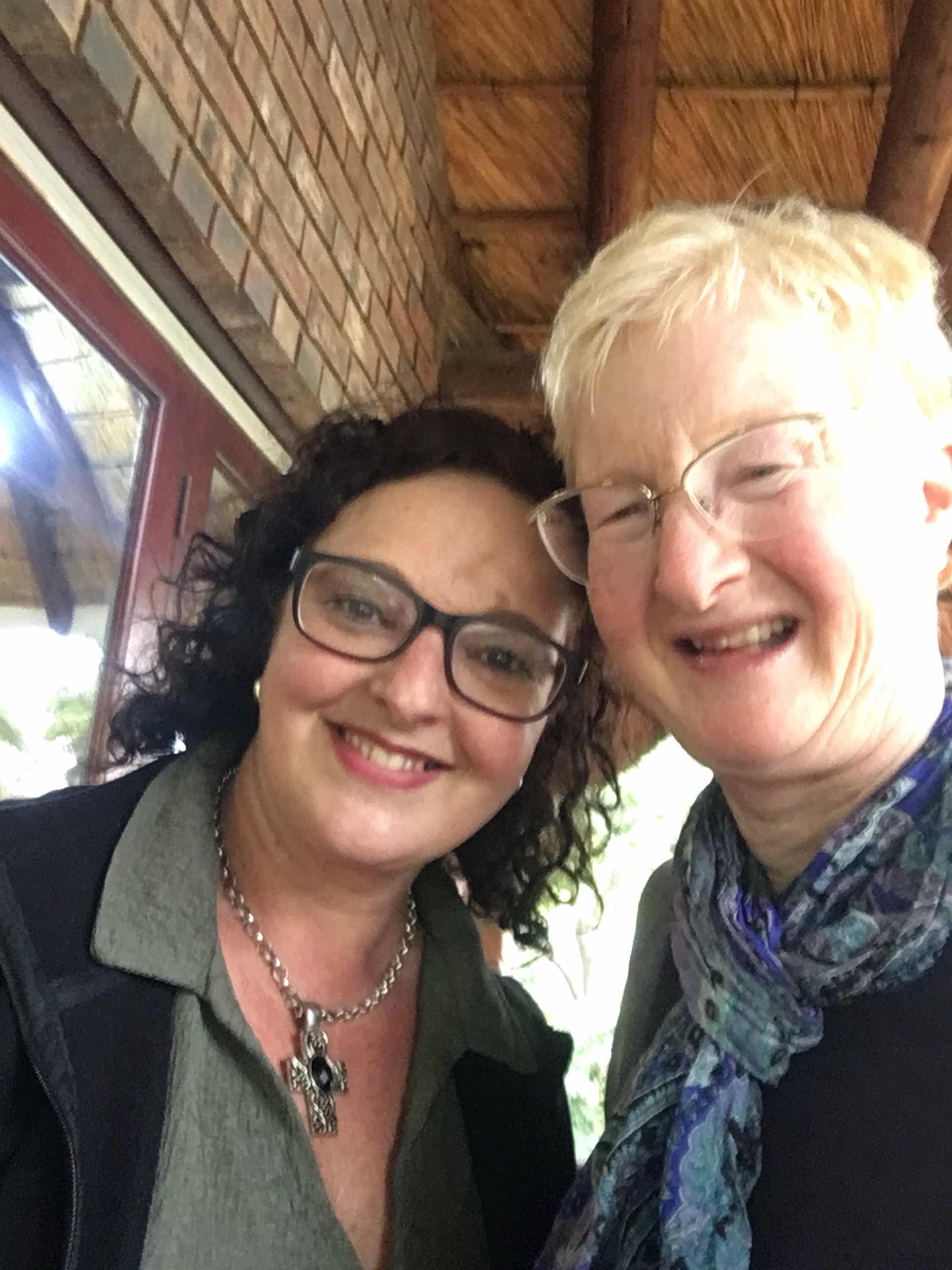 Cycling to Oliphants River Lodge was a mere 12 miles and should have been easy, but from the map I could see there was a gravel road the last bit. And there was a bit of traffic on the secondary road, with trucks hauling coal. Often I would just pull off the road to let them pass, but sometimes there were passing lanes on the hills. It is all big rolling hills.

Hills are honest. If they go up, they go down.
After the turn off the busy road, it was cycle heaven. Until it was not. This gravel road alternates loose red sand with big washboards. Fine if you have big fat tires. But doable with small hardy tires, like my bike.
So it is about four miles and after one mile I am pushing my bike. A white pick-up stops,  nearly every vehicle here is white. A distinguished looking older man gets out and asks where I am going. I tell him and he wants to know what I am doing there. Camping, they have campsites along the river.
He asked if I would like a ride. Oh, yes I would.
He loads my bike and I get right in. Nothing like being picked up by a stranger in a strange land!
I ask if he knows Oliphants River Lodge. He says he is associated with it. Which turns out to be a big understatement!
We chat, he wants to know what I am doing on a bike and why.
Oh, to meet people, see and explore and experience the country.
At the lodge he unloads my bike and I go to the reception to check on. It is a beautiful lodge and conference center, more than I expected. So I am talking to the receptionist and this same man walks in, says something to them in Africaan, and the two of them have stood up and giggle and twitter. He asks if I know what he said, no, I only speak English. He said, it is just like me to pick up a blonde on the road. Now I am 67 years old, but he has a few years on me.
First thing I noticed was his wedding band!
Then he says something else to the two women and disappears behind them into the office. Linda, who is helping me, said you are not camping, you are staying in a private rondavel. It is totally complimentary, as is all your food. For as long as you want to stay! Everything is complimentary! I was planning on two nights, but Linda suggests I stay three. Of course I must!
She tells me the man is the owner who designed and built it himself over the years.  Now living nearby in Middelburg, he is turning 76 next week and is called Uncle Barry.
My rondavel is a replica of the traditional Zulu hut, with an attached bathroom. Nice! I am thrilled, as it is starting to shower and turns into an afternoon drizzle, but a warm one.
Lunch is being served buffet style in a large dining room, to a large group.