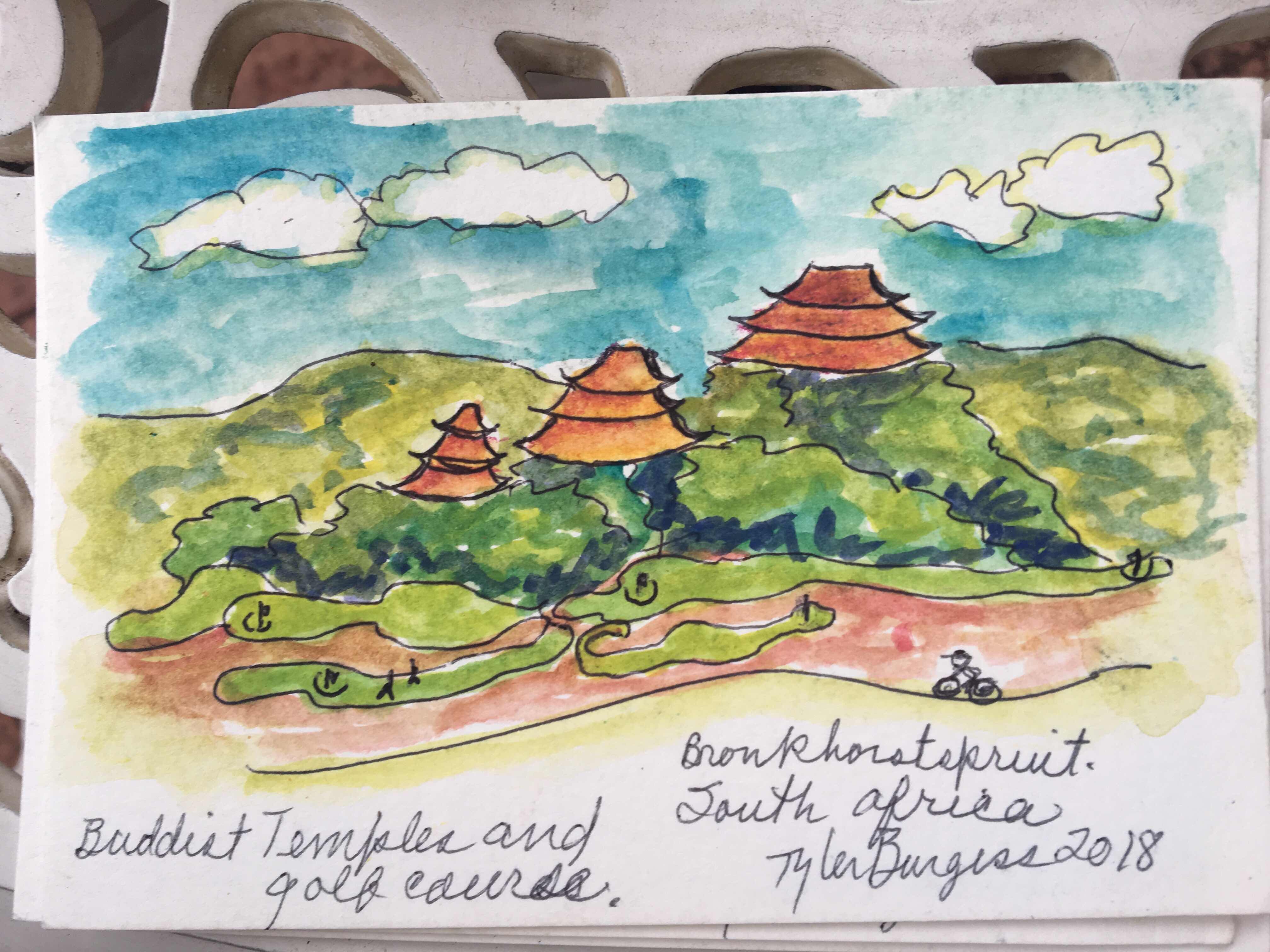 Just did not expect to see three Buddhist temples in Bronkhorstspruit, South Africa. Good weather but when it warmed up I stopped along side the road to eat a sandwich in the shade of the only one around. There was a black woman sitting on the ground there and I asked her if I could join her. She said yes, so I parked my bike and sat down. Since I had purchased a package of two ham and cheese sandwiches at a gas station with a fast food store earlier, I asked her if she was hungry. She said yes, so I offered her the package and she said, just one. Also, I had a can of ice tea, which was too sweet, so I had about half and gave her the rest😃 I asked her what she was doing here.

As it turns out behind us was a tall brick fence around a hospital. Her child, grand, meaning large the way she held up her hand, was in the hospital. She said she spoke Africaan, but she had enough English to communicate.
Glancing at her, while she ate, she took apart the sandwich, eating one layer at a time, instead of just taking a bite out of it. I tried not to stare, maybe she had never had a sandwich before?
After I rested a bit, I said good bye and hope your child gets better.