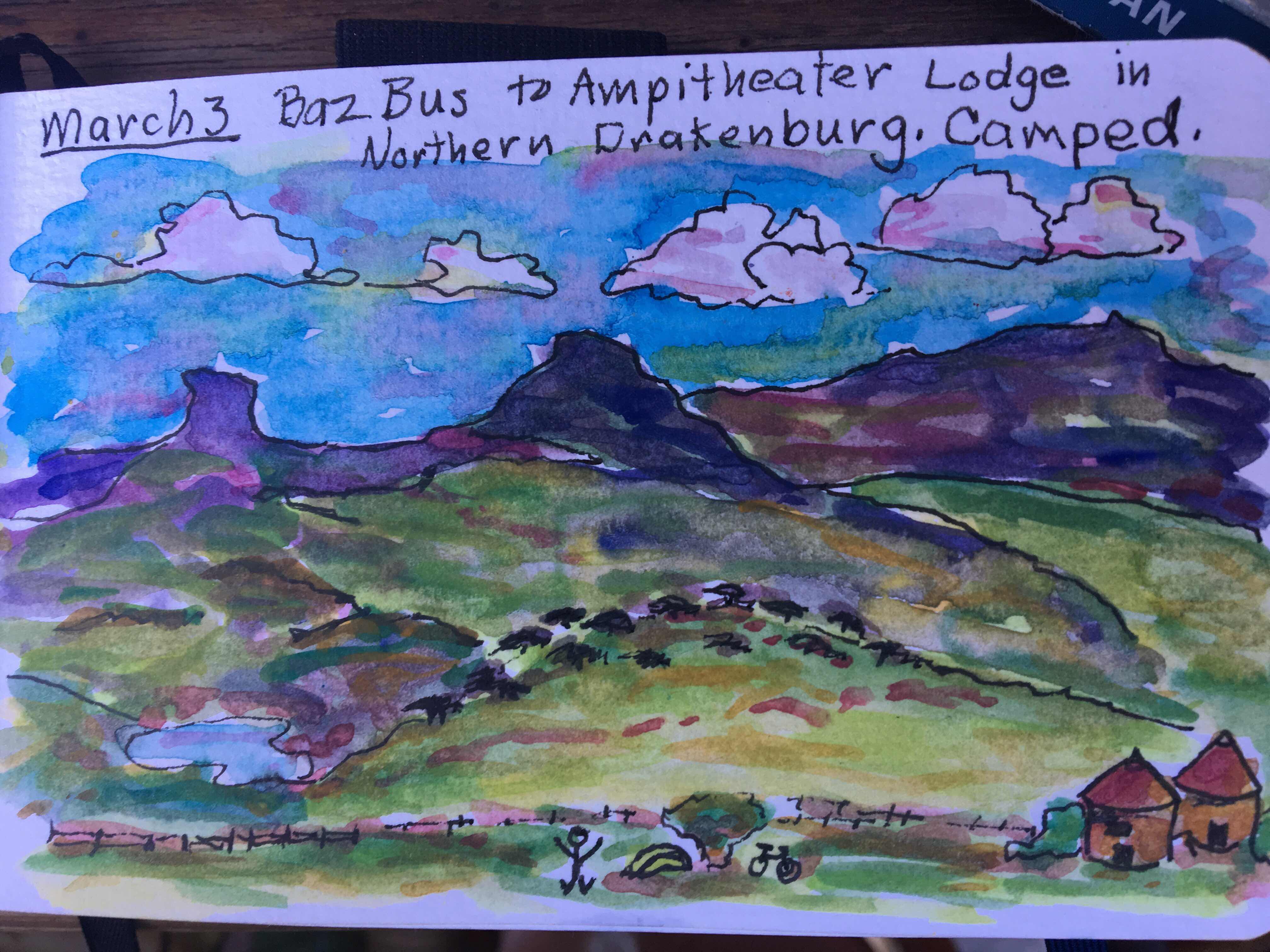 The Baz Bus picked me up at my accommodation in Johannesburg and I requested a drop off at the Ampitheater Lodge in the Northern Drakenberg. About four hours away and over a mountain pass. I was looking for an area to cycle for a few days, not too rugged or too populated and with secondary roads, as the National roads are like our interstate highways and bicycles are not to be there.
This is the greatest bus service and can take my bicycle. It is a hop-on hop-off bus from Johannesburg to Cape Town, about 1,500 miles along the Garden Route which is near the oceans to the south. They have a list of towns and accommodation where they stop. I just call a day or two ahead to make arrangements. The accommodation is anywhere from one to four star. This lodge has private cabins and rooms and dormitories and fabulous camping. There was a large outdoor kitchen, but you needed to bring your own food. Meals can be reserved in the restaurant and I ordered a packed lunch for cycling. I picked the camping option and enjoyed a meal in the restaurant with a two young Danish women. 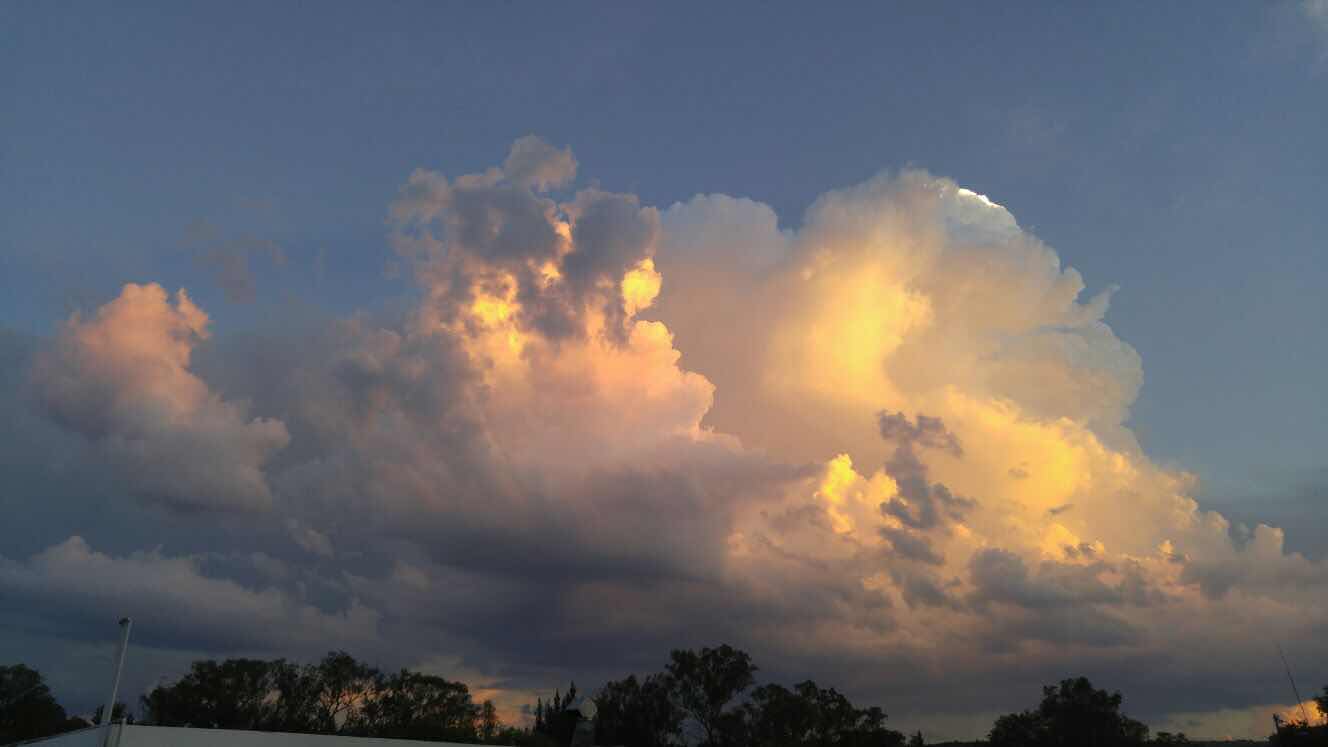 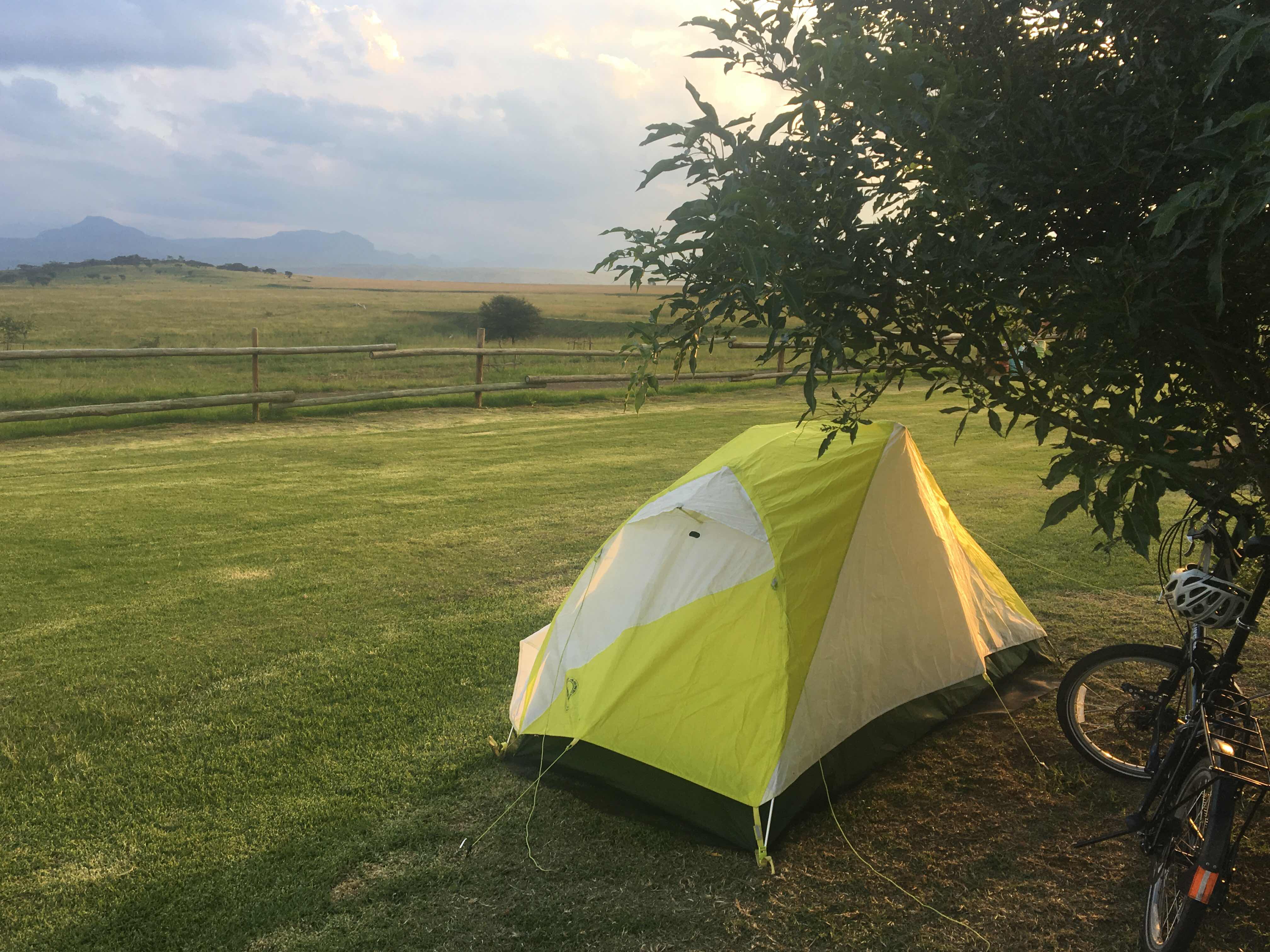 It was a glorious afternoon and evening for lounging in the pool, sipping a Savannah Cider, finishing my book about the Kalahari desert bushmen. There was an option of a day trip to the small mountain country of Lesthobo tomorrow, but it was hours on a bus and I was eager to be riding again, so I passed that with some misgivings. By now I have decided to go to Cape Town, so I need to keep moving. I probably won’t get back here, but you just never know! 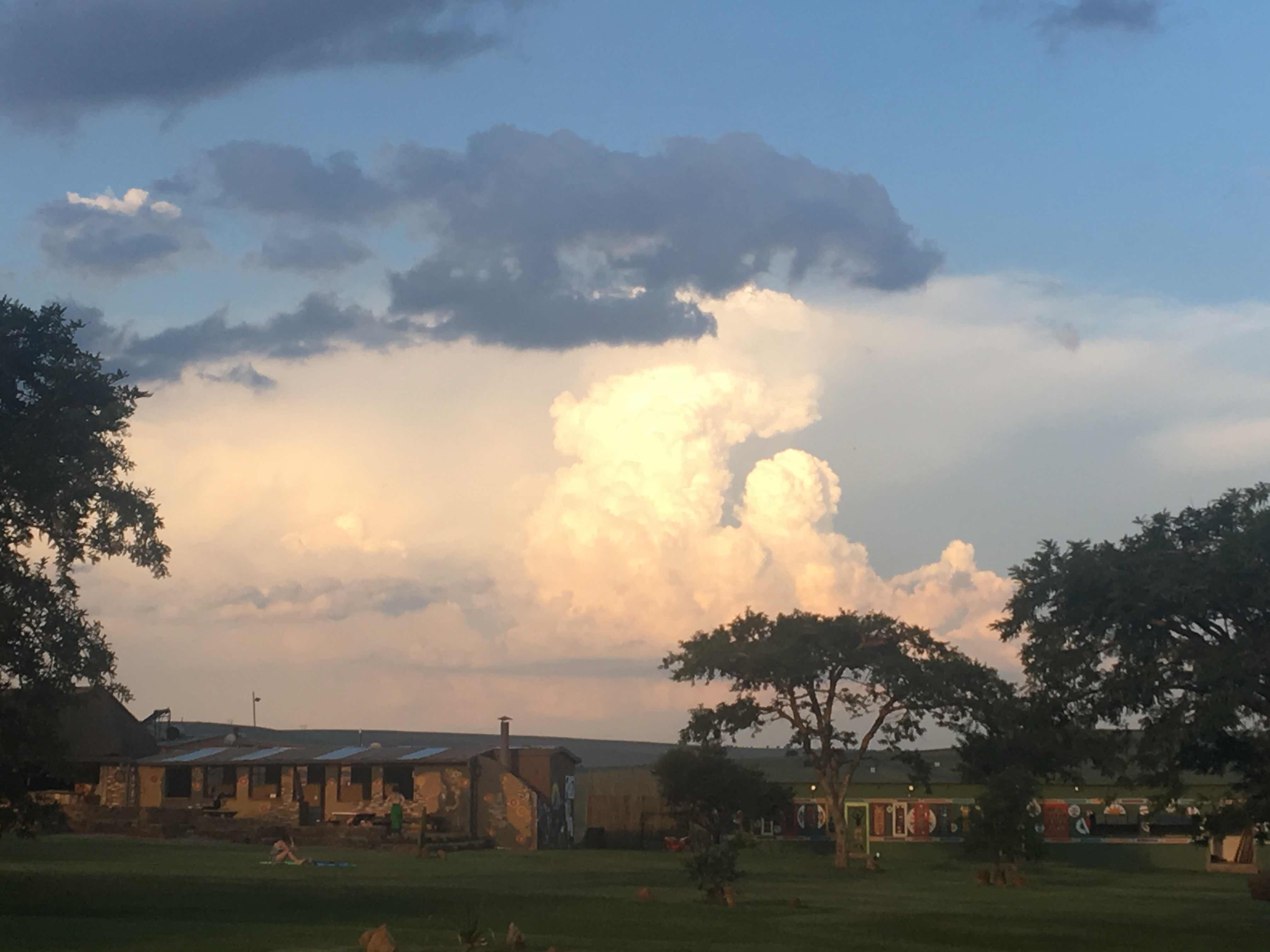 Some of the lodge’s buildings under a dramatic sky. It looked like rain clouds, but it all moved on. The women working here spoke to each other in the language with the clicks. That was fun to hear. 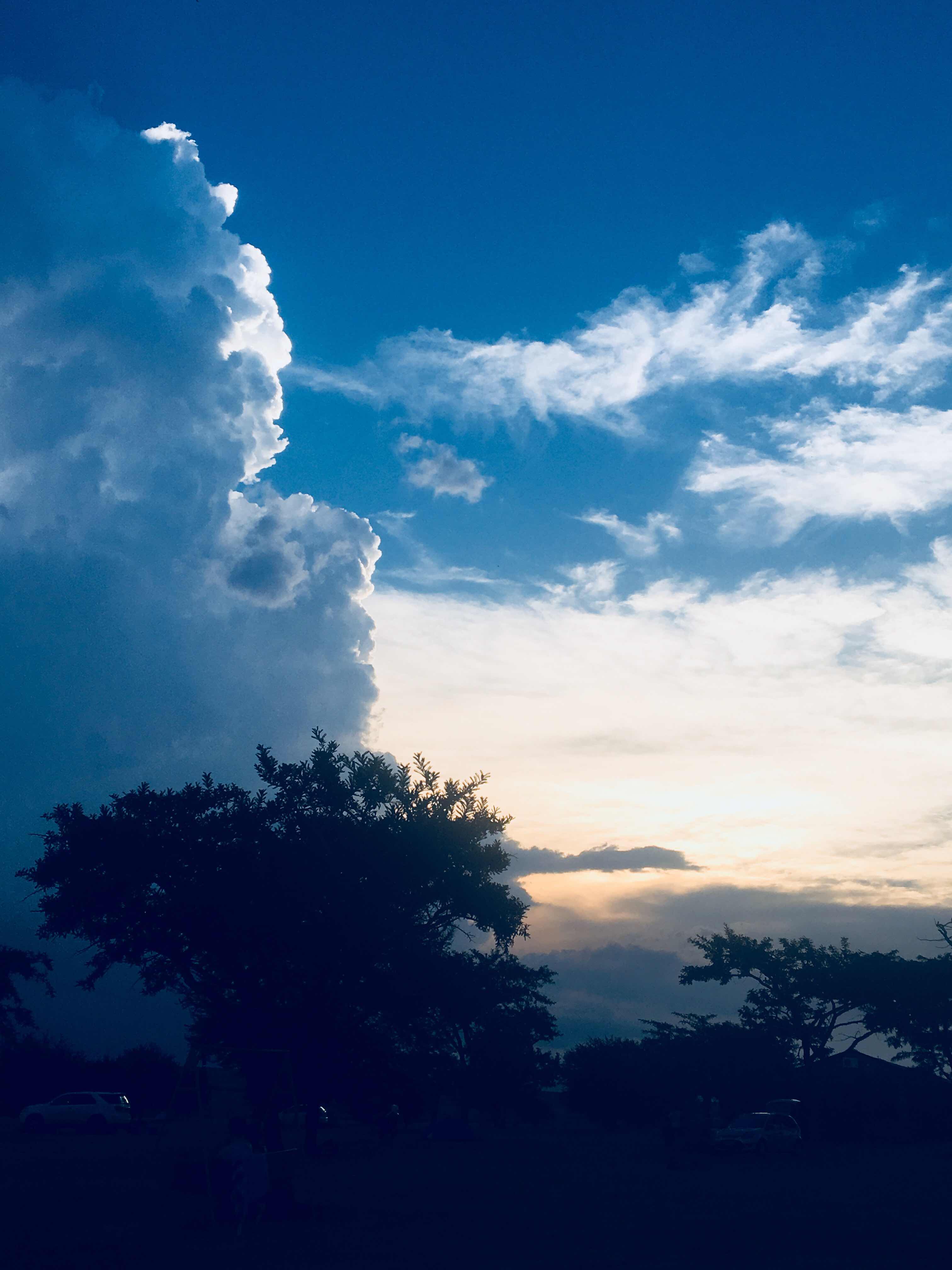 Somehow it is never as quiet as I think it should be sleeping out. There was a flock of gray birds about the size of ducks that were foraging for grass and walking about the campsite clucking most all night. Or so it seemed. 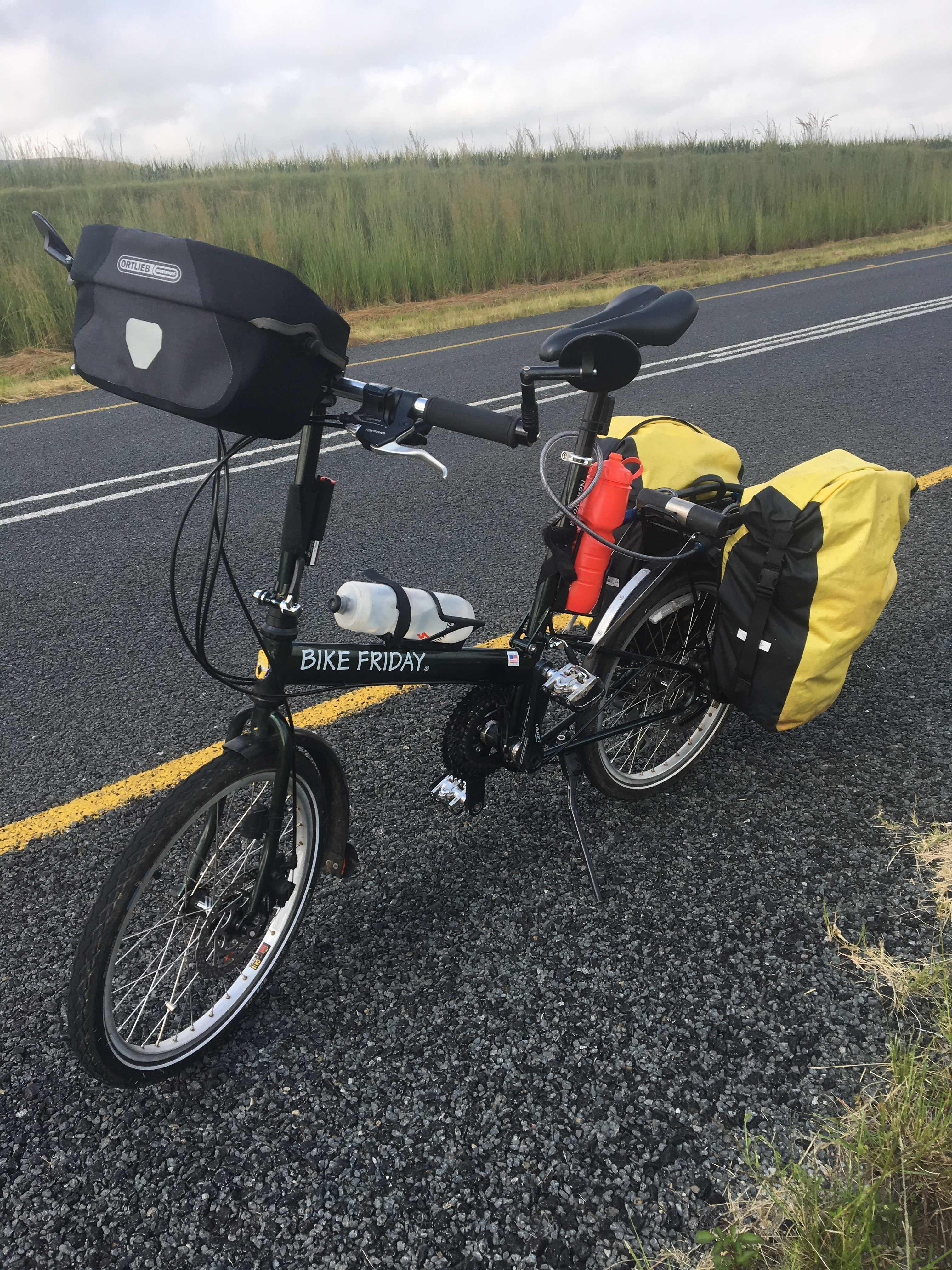 After a nice hot breakfast of bacon, eggs, toast and fried potatoes, I am off on my new Bike Friday, custom made in Eugene, Oregon where I live. Everything I brought for the trip for six weeks is here, including a tent and sleeping bag. The front pack holds some food, my iPhone which has maps, and sunscreen. 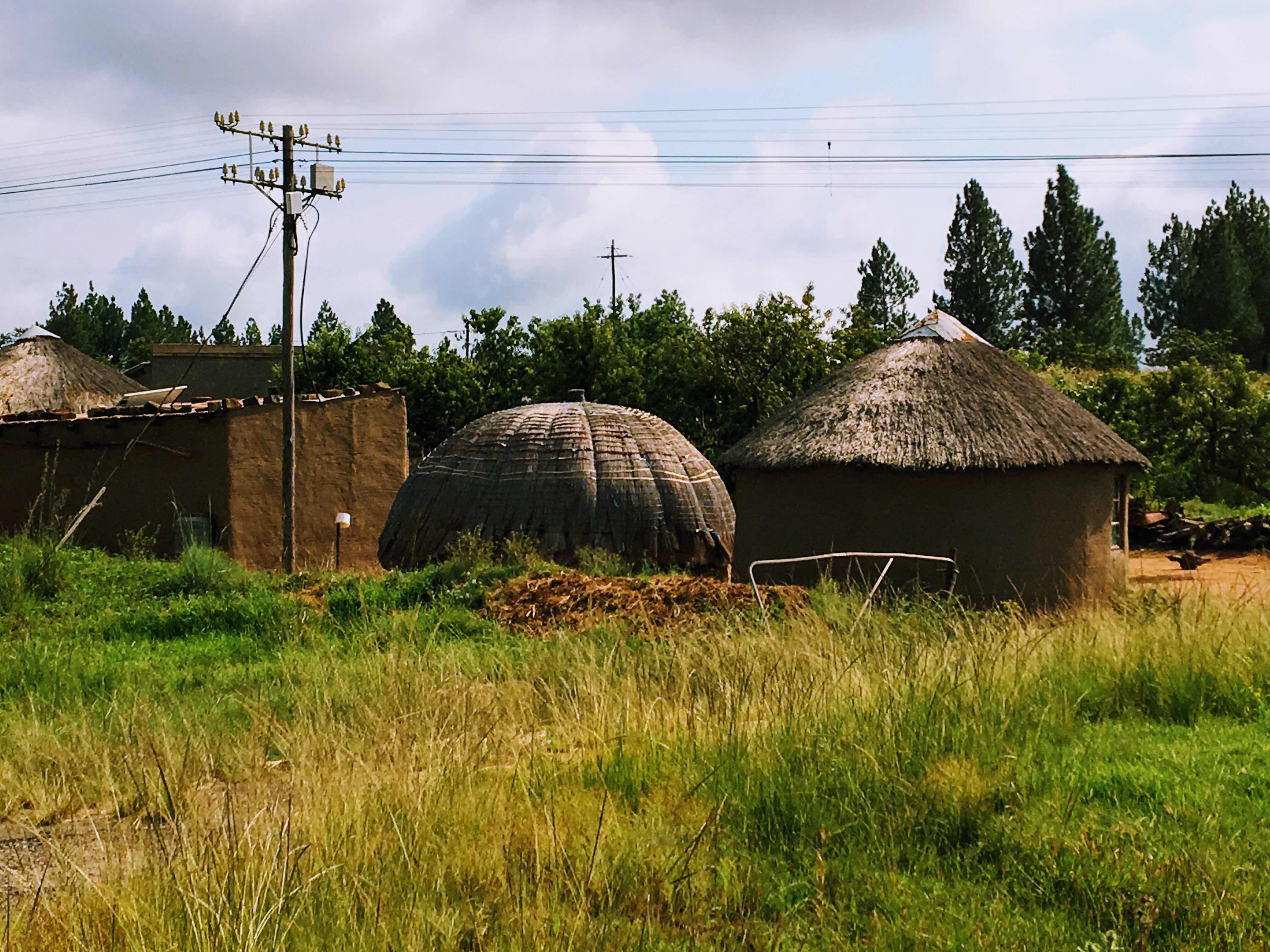 Along the road are three traditional homes. On the left is adobe with rocks holding down a corrugated metal roof. Being more modern, it looks as though it has electricity. The middle house is all woven reeds and on the right is a round Adobe  rondavel with a thatched roof. Both are very old architecture of the Africa, still useful today. 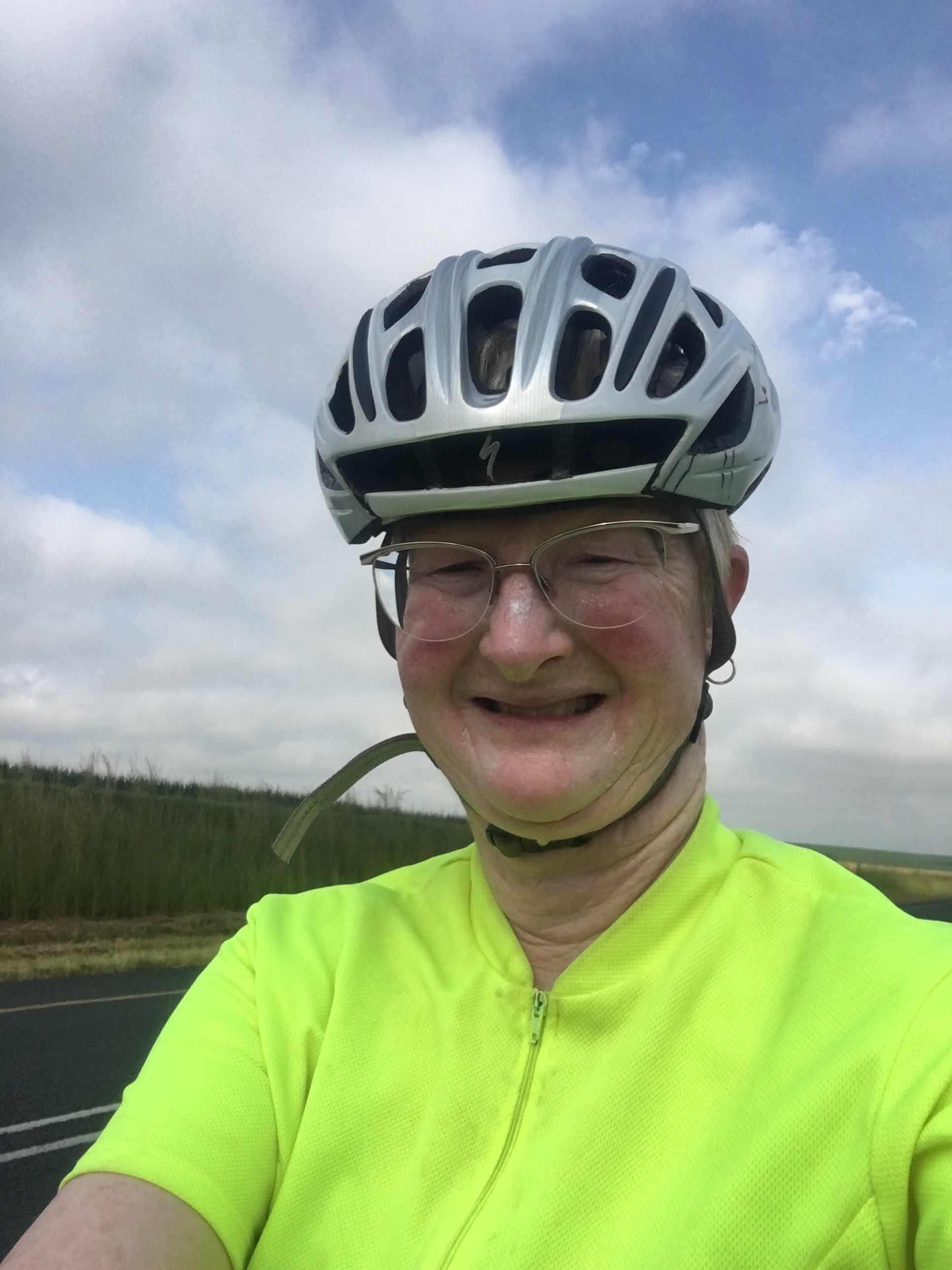 A selfie for the day. 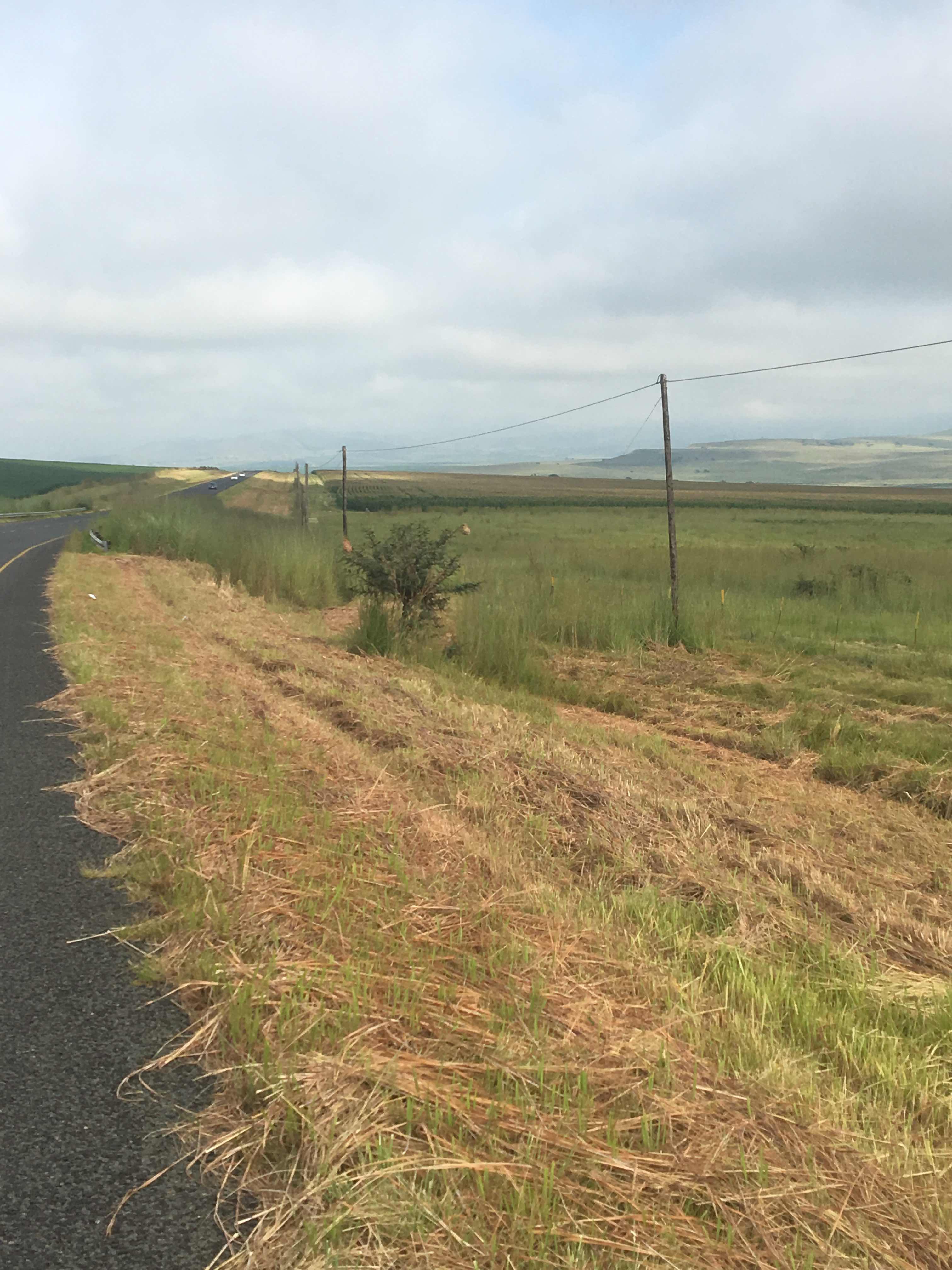