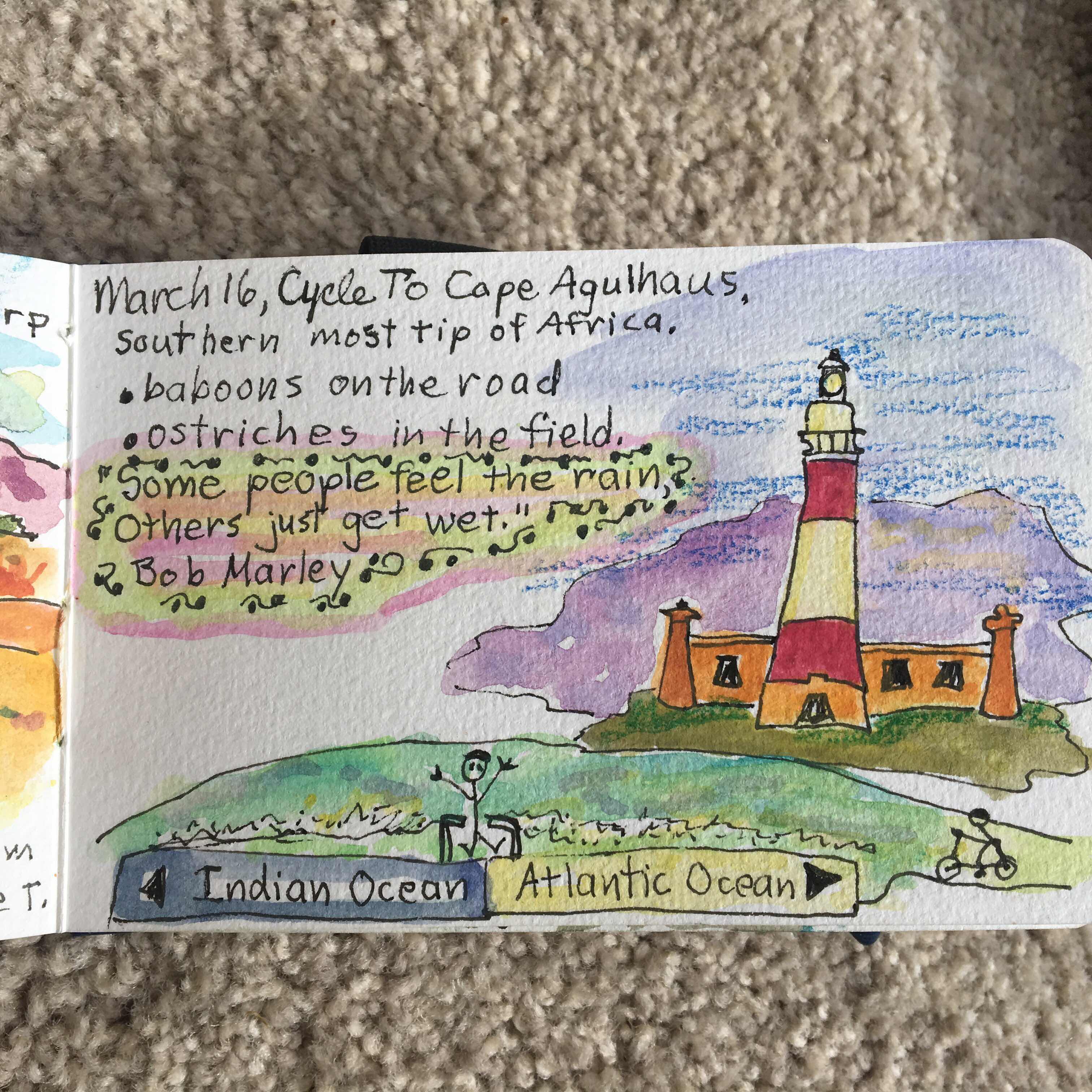 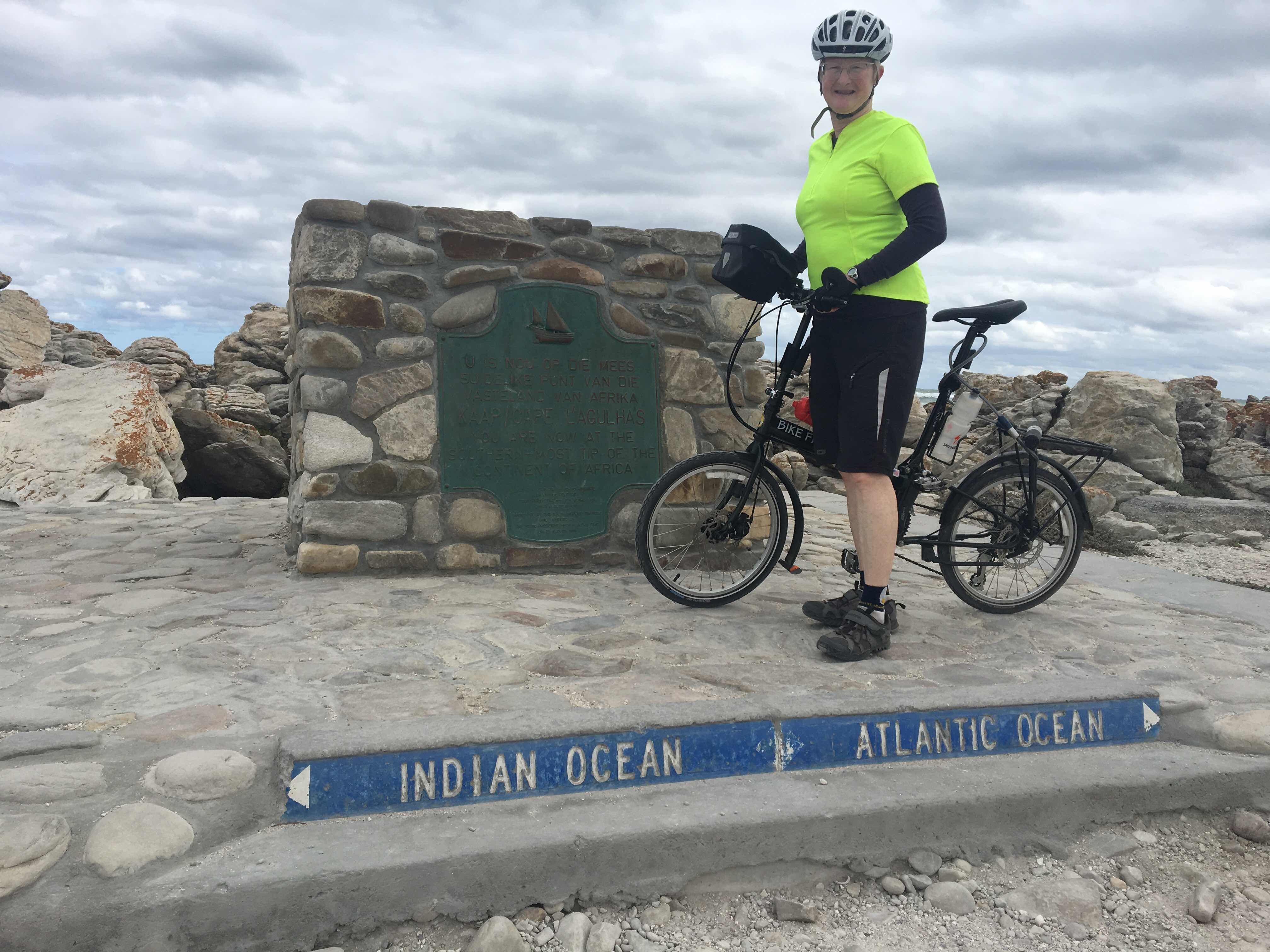 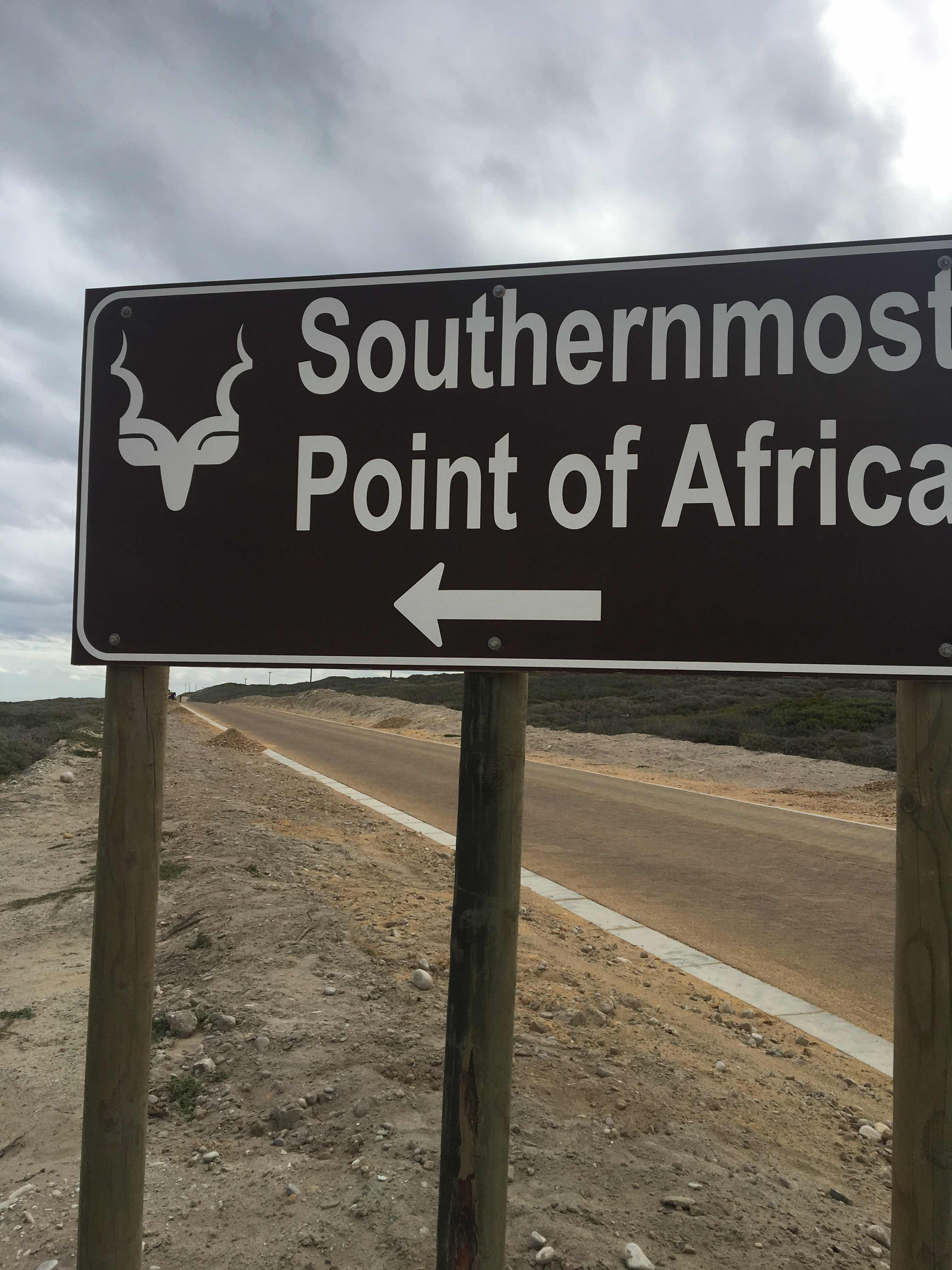 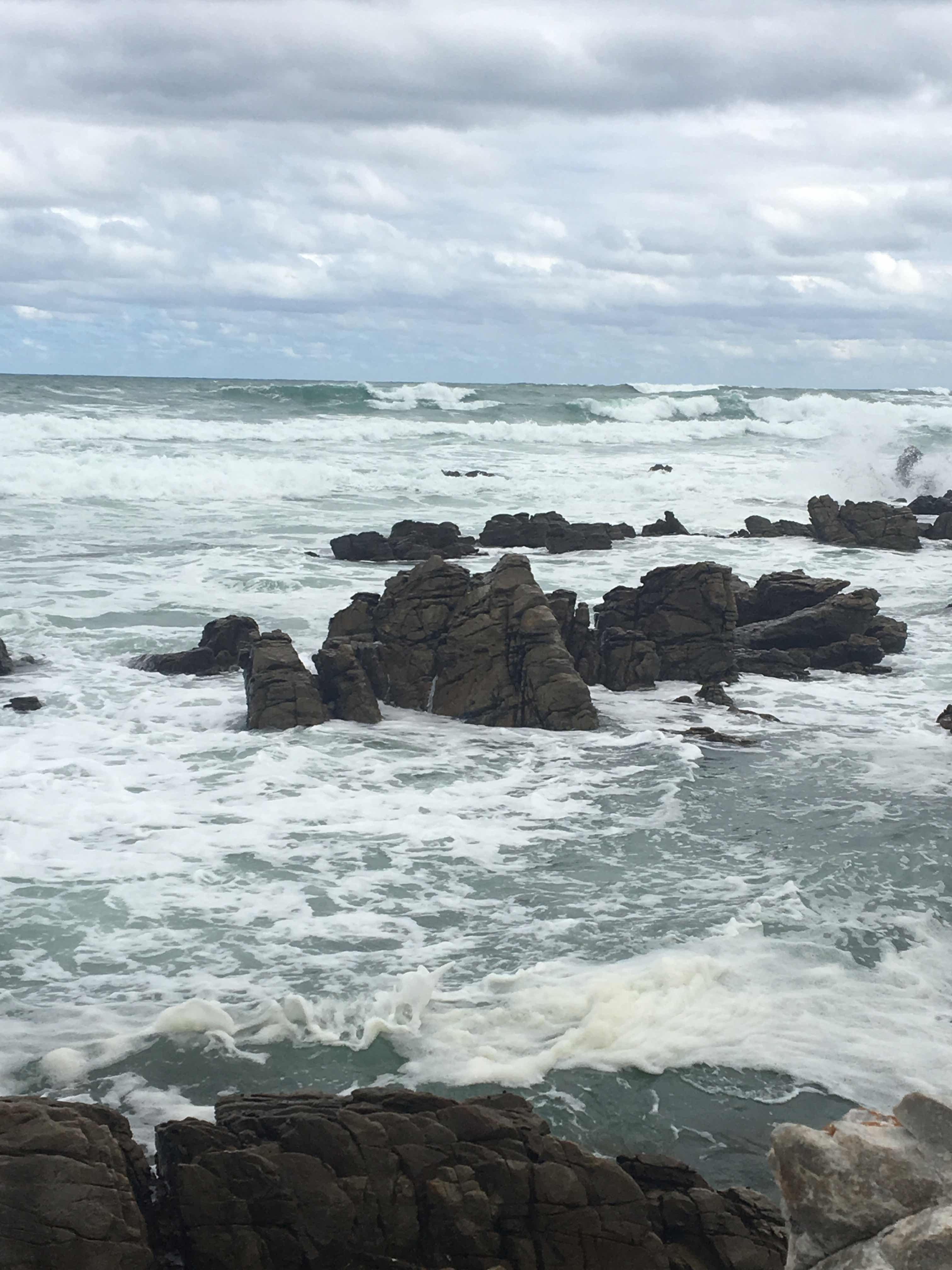 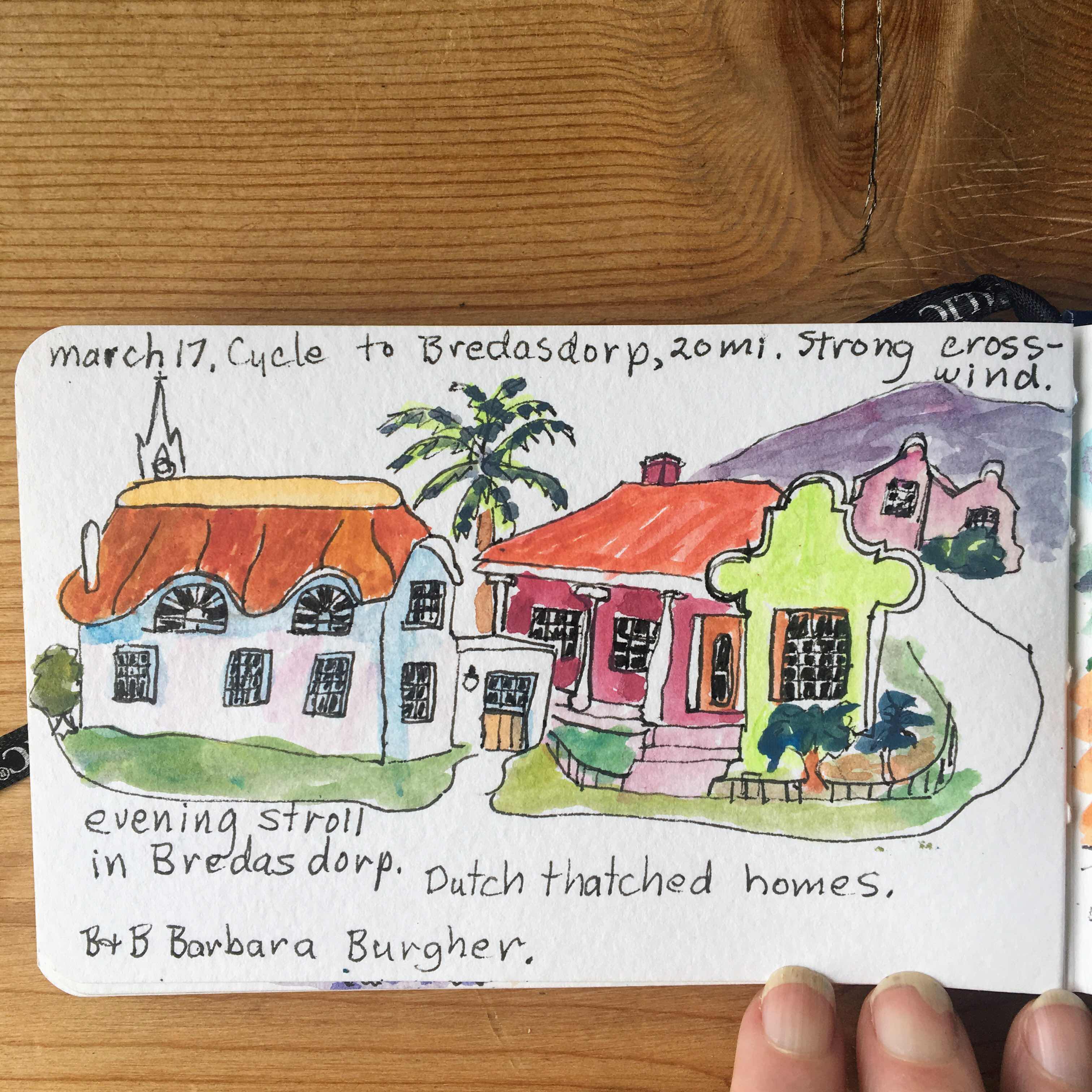 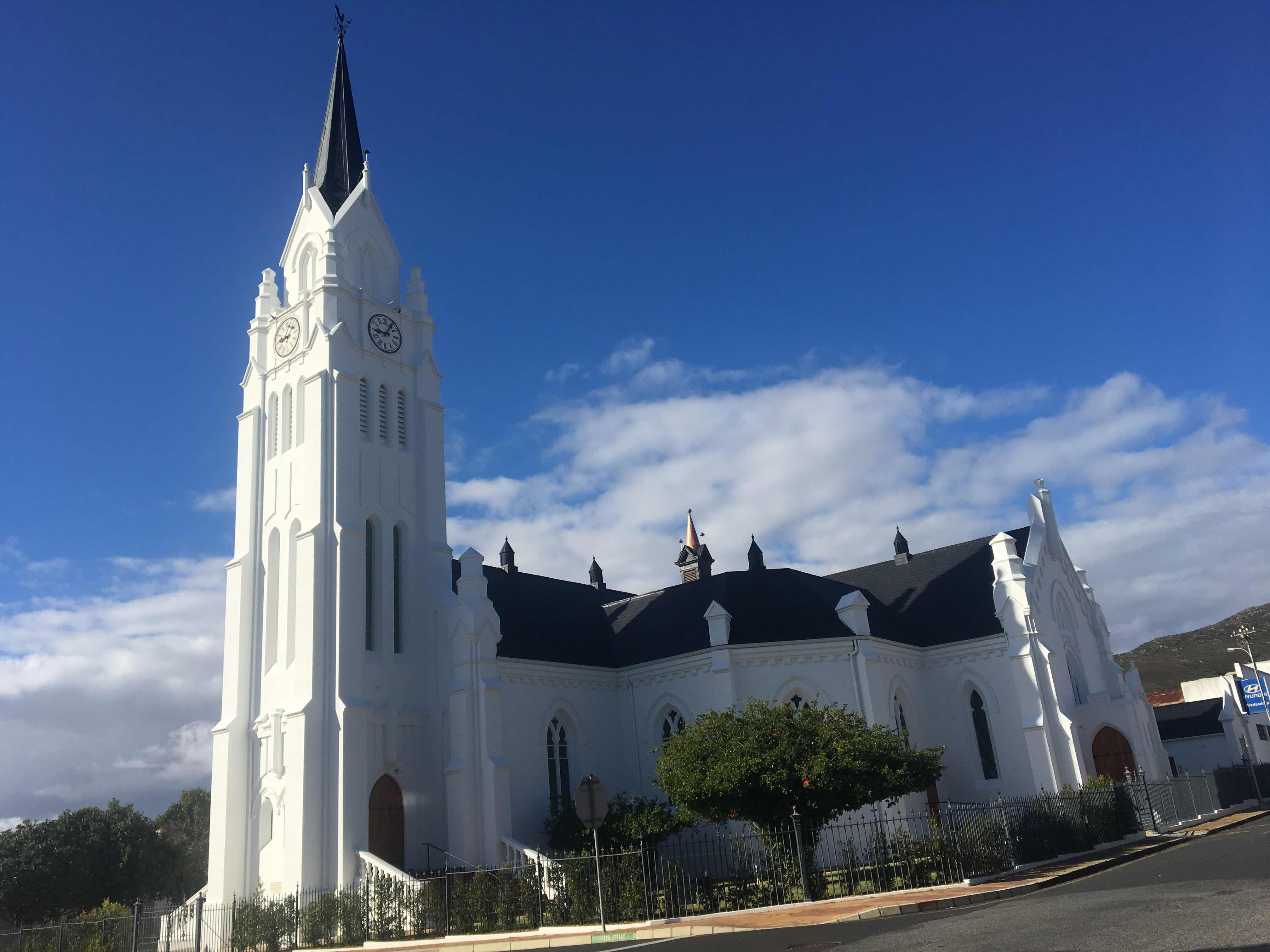 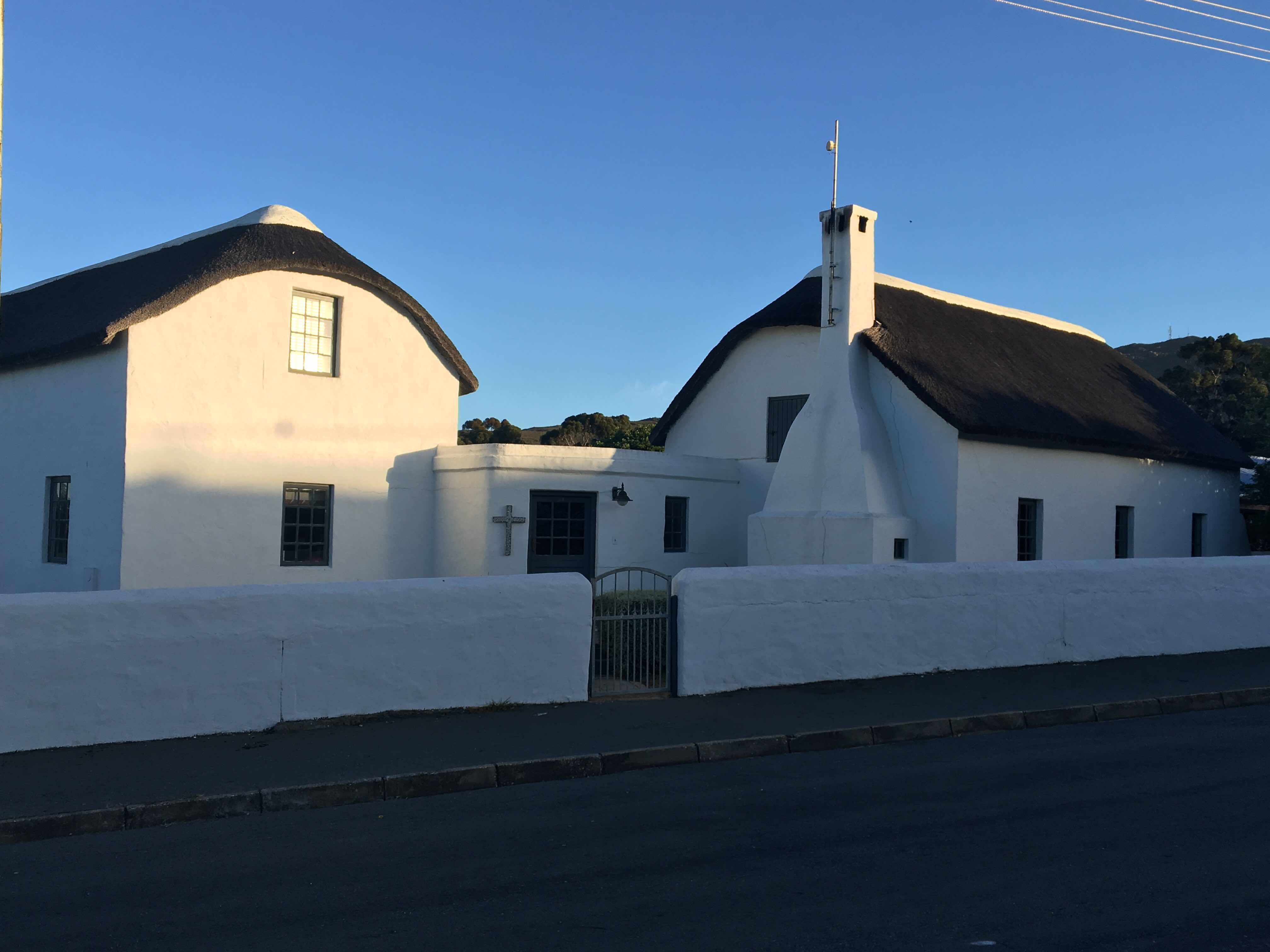 Thatched homes are common in Beardsdorp. 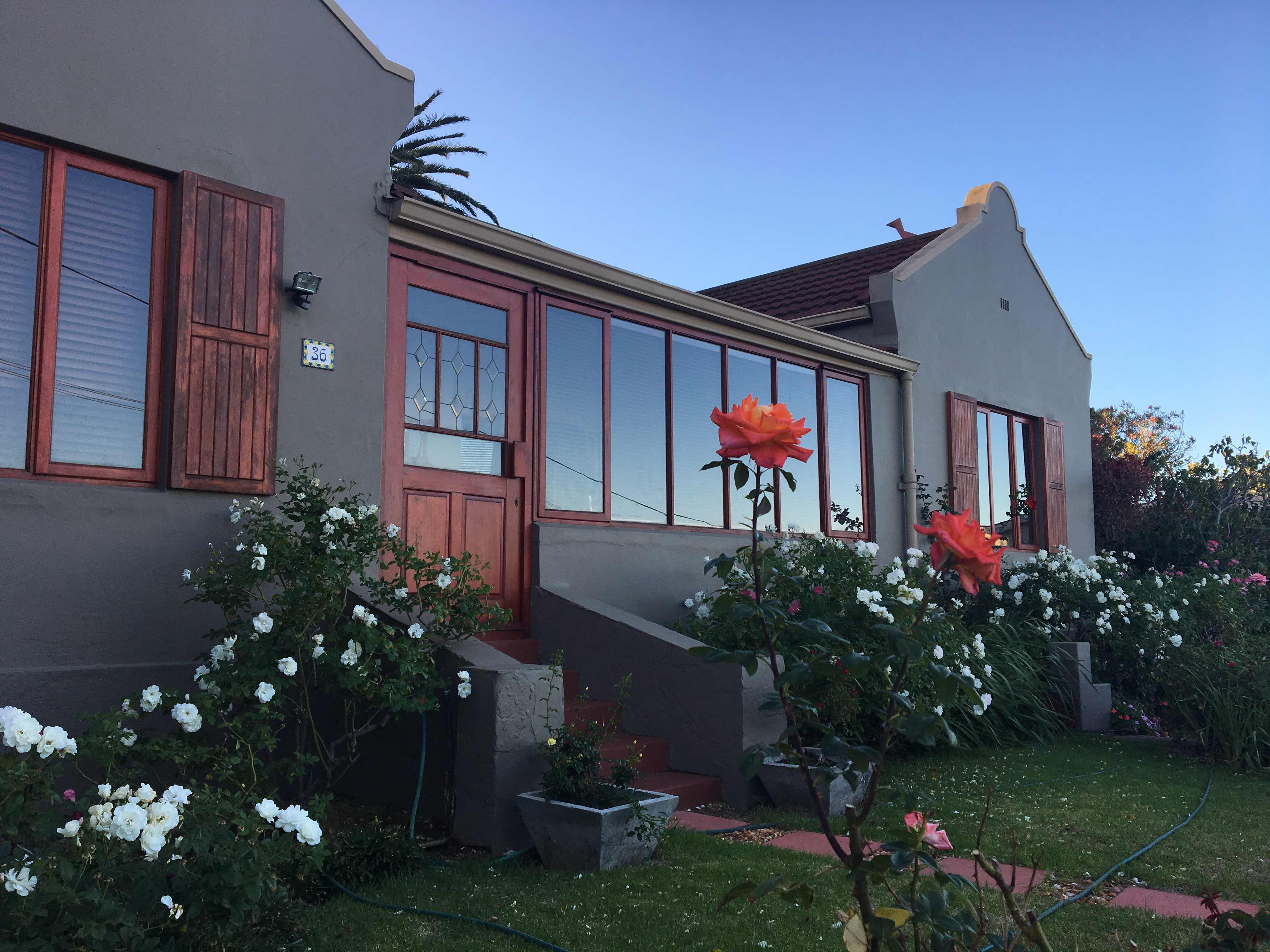 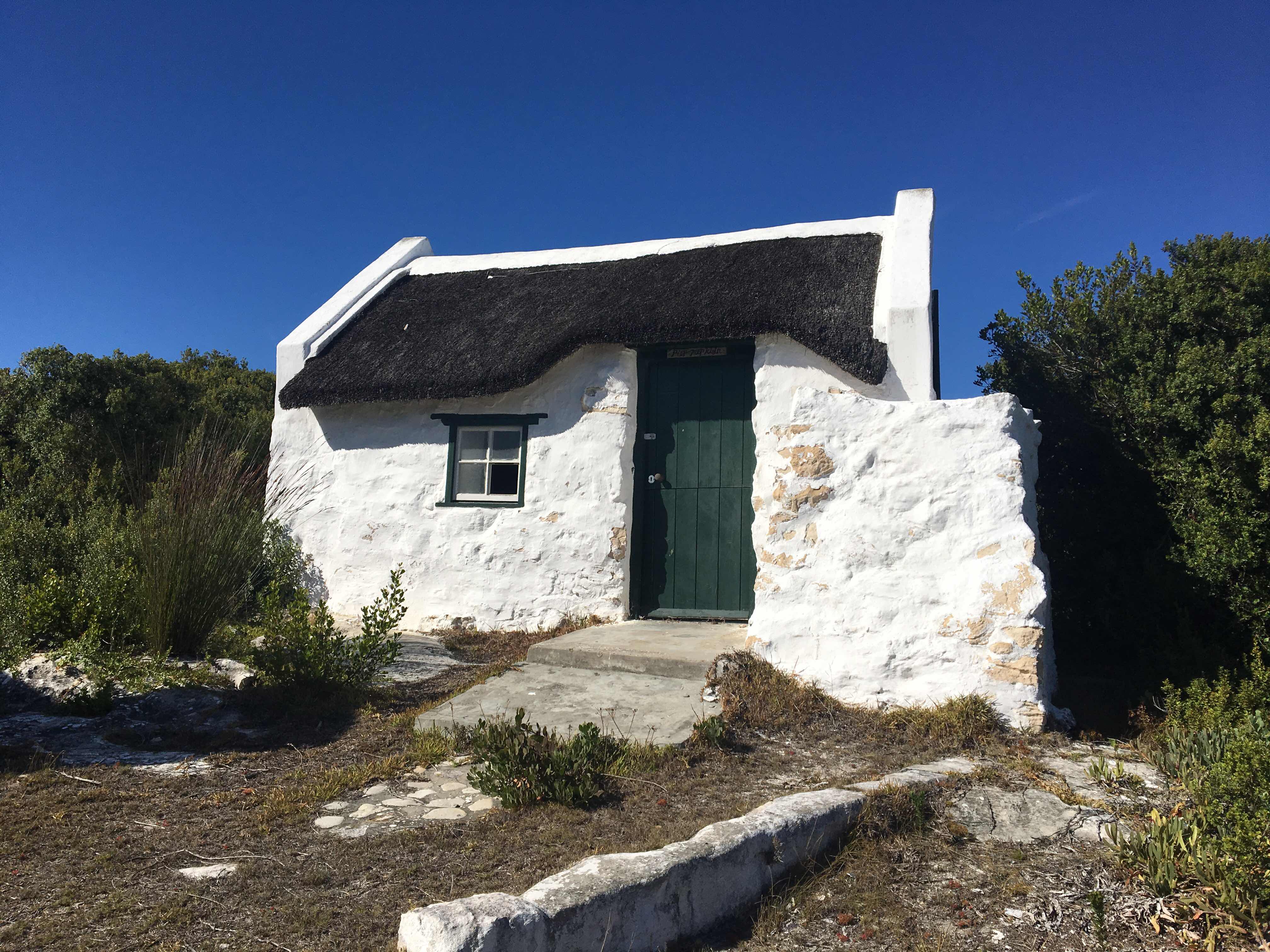 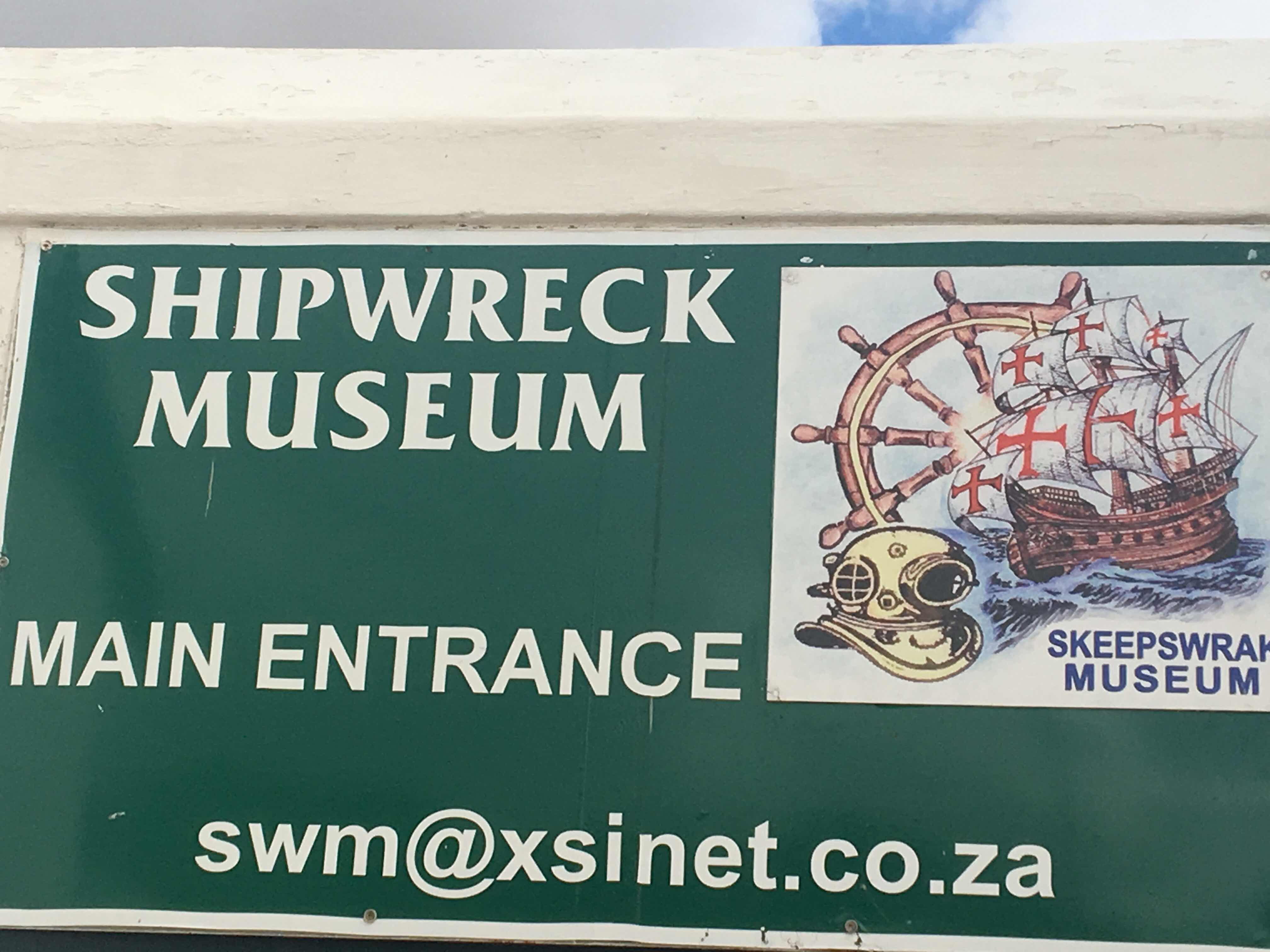 Where the Indian and Atlantic oceans collide, there have been many shipwrecks thus the museum in Beardsdorp. 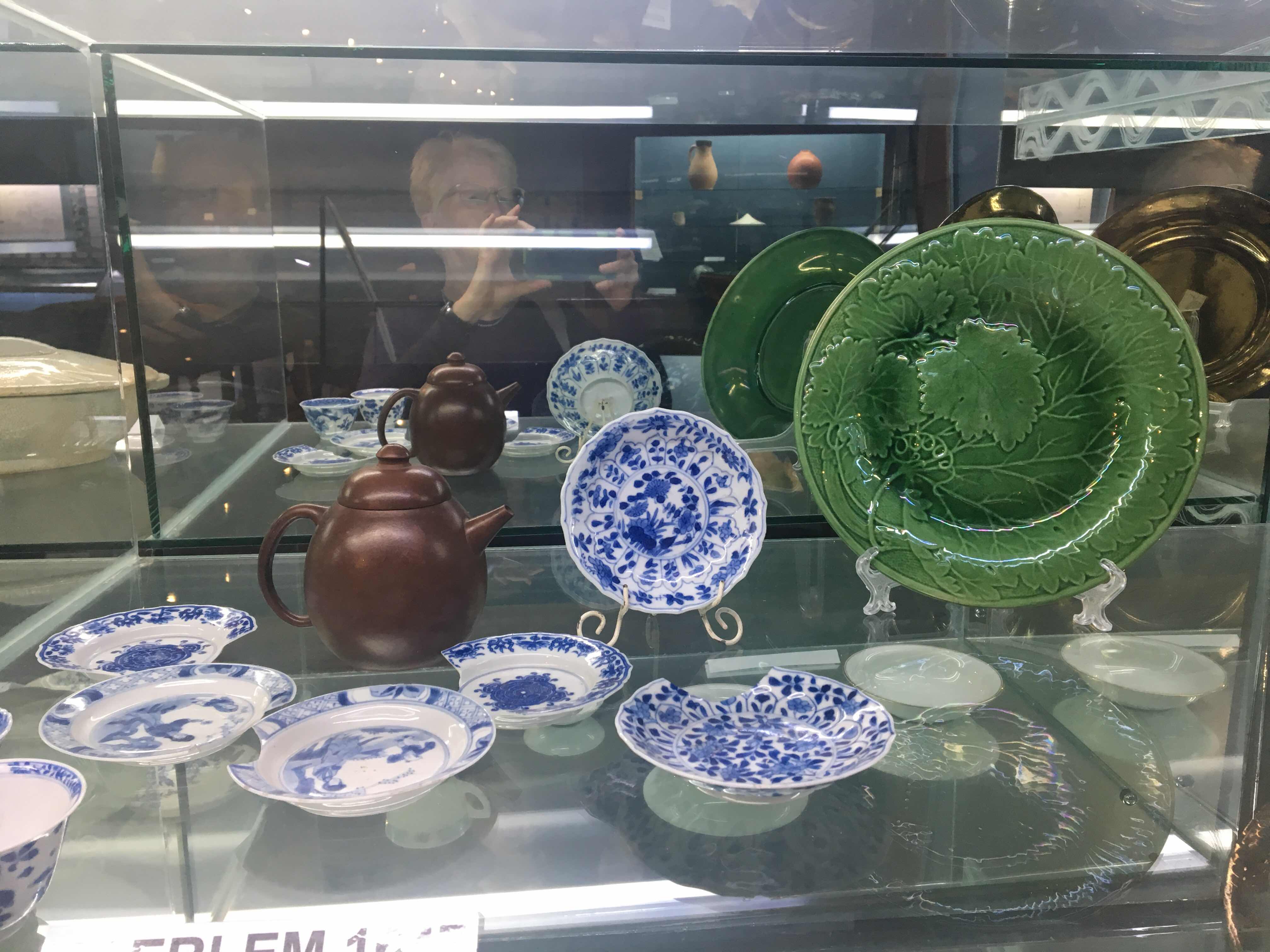 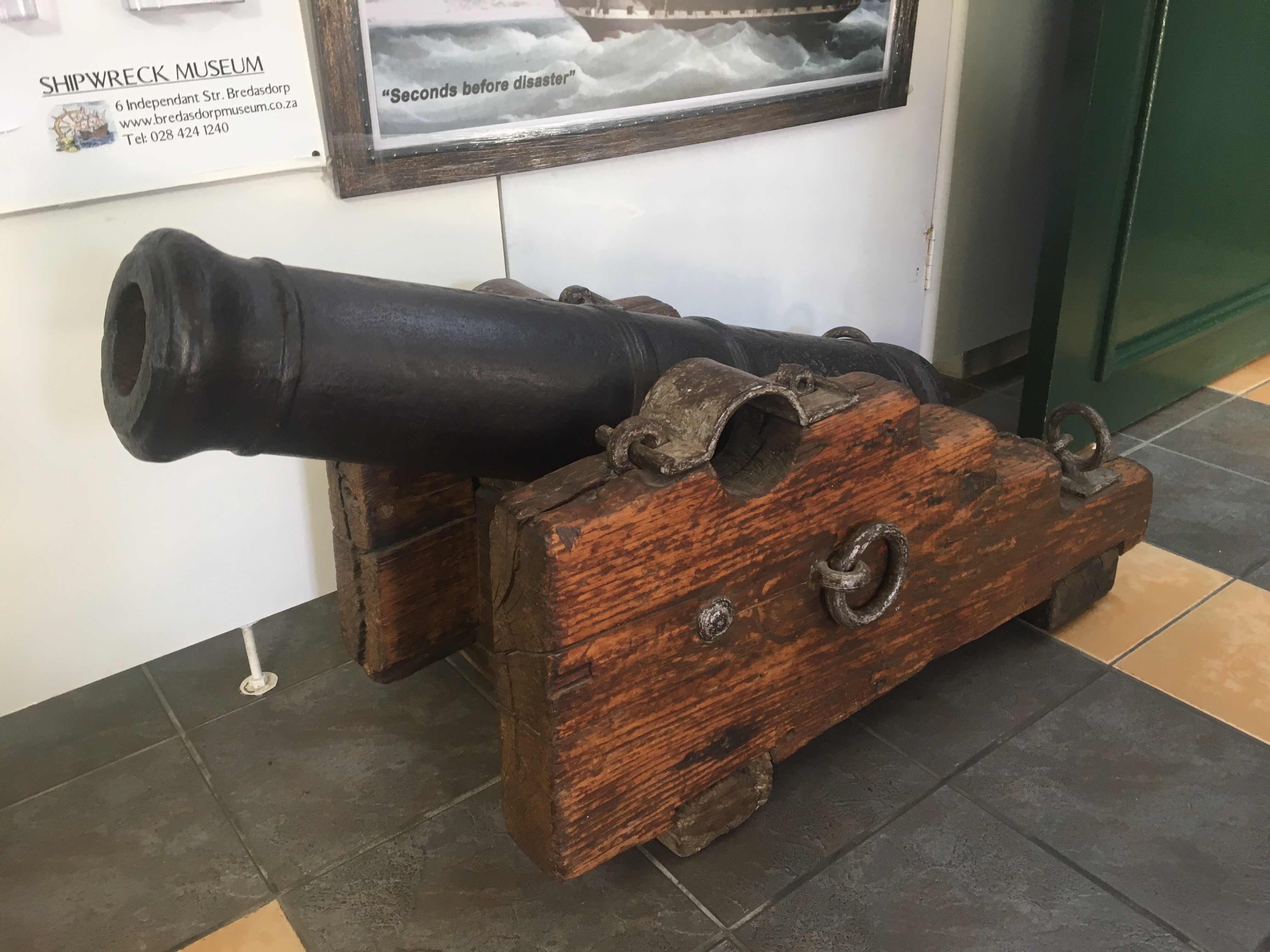 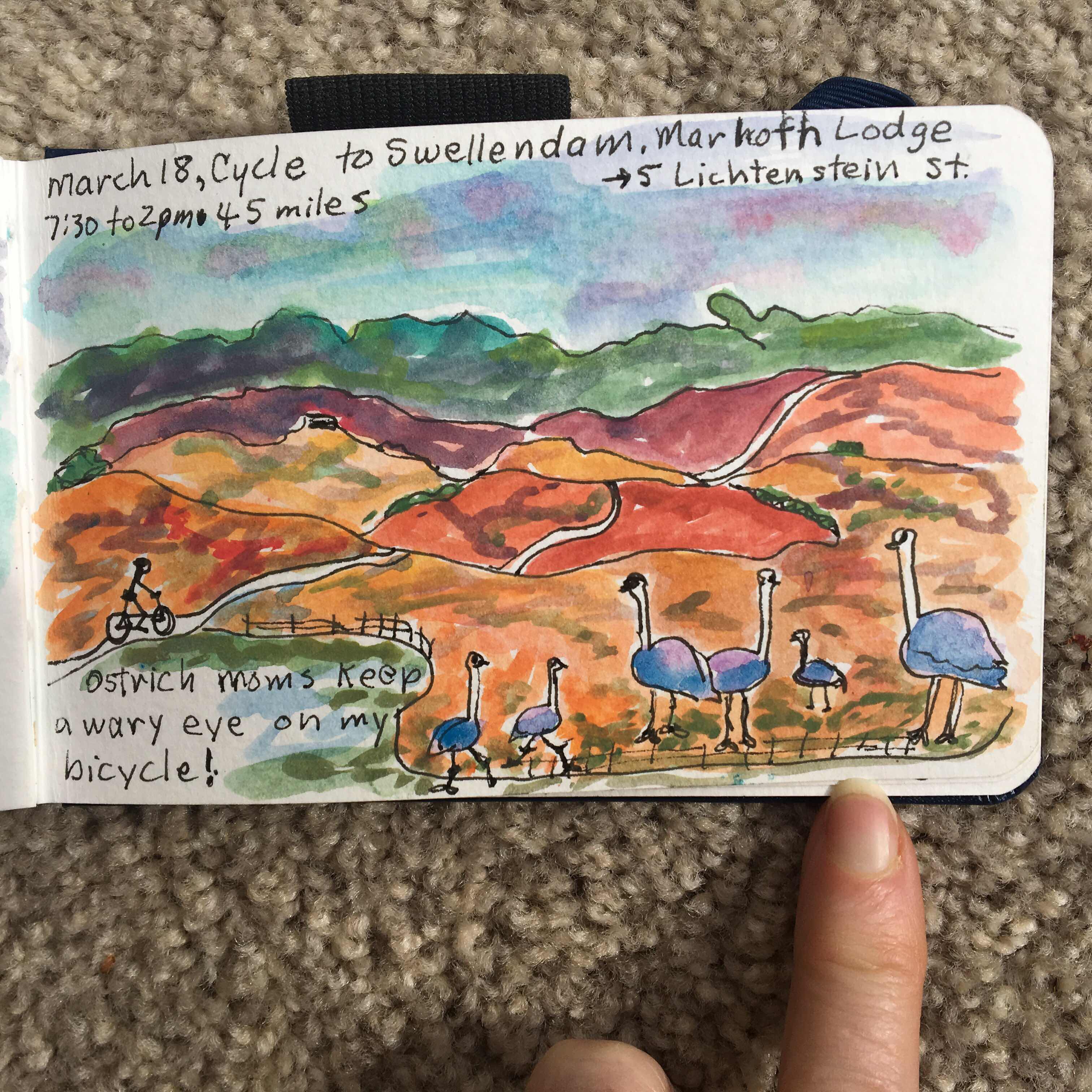 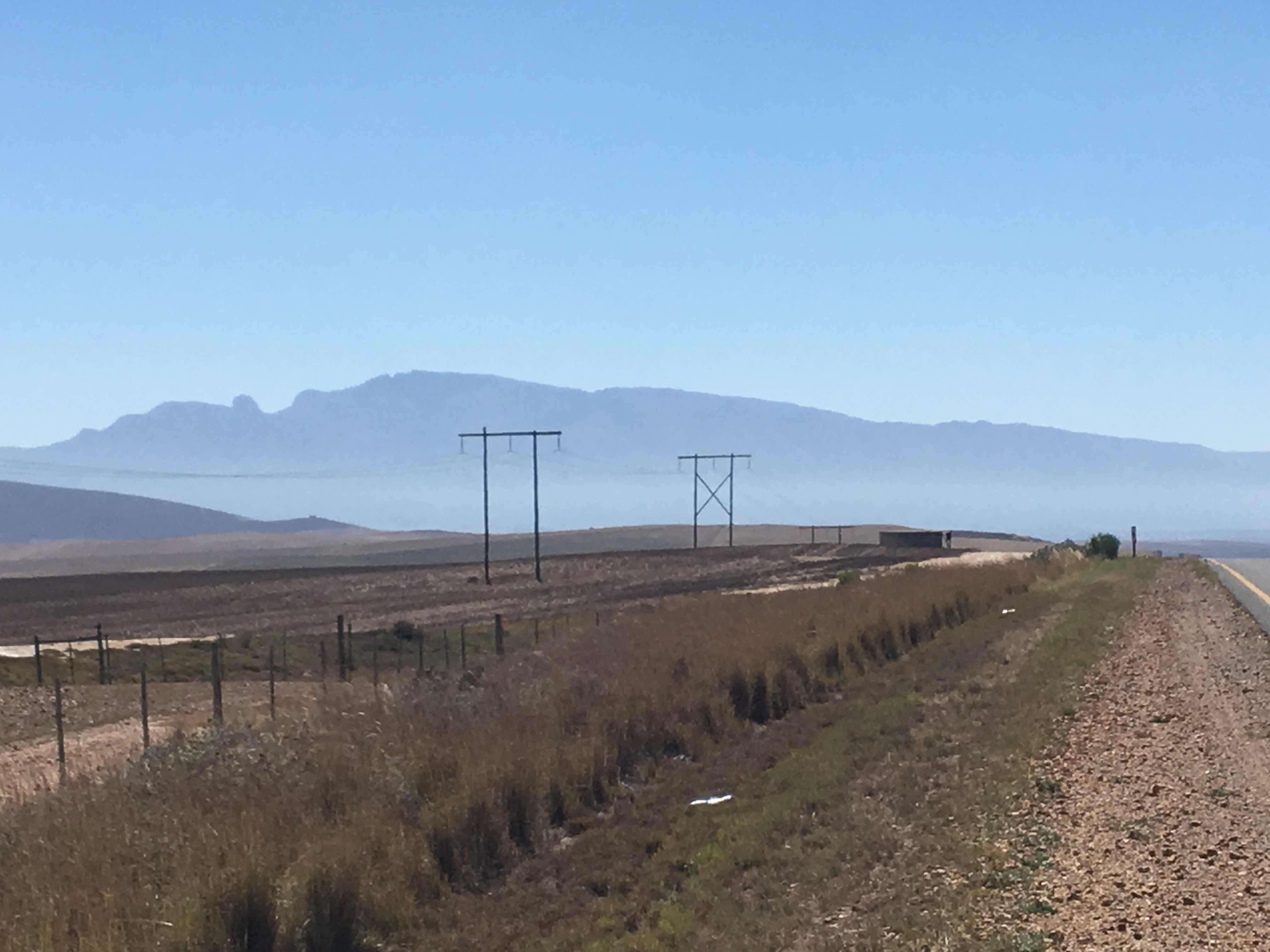 I am cycling this road. It is Sunday, so there is not much traffic. During the week there is a lot of truck traffic. On Sundays, everyone usually goes to church and watches soccer on TV in the afternoon. But in Soweto, the 5 million person slum of Johannesburg, people go to church in the morning and in the afternoon go to ancestor worship. Which somehow involves butchering a goat and examining its intestines to see how much you must pay for this service by an intermediary person who connects you to your ancestors. They are Christians and keep their local religion as well. On Sunday morning they sing “Amazing Grace” and in the afternoon worship ancestors. I am trying not to be judgmental, but not succeeding.

Anyway, it is a windless day and lovely weather for a 40 mile bike ride. The last seven miles are on the main 4 lane road with a very big hill at the end. I bought the Monster Energy drink to help me up the hill. Although it is the first time I have bought thus drink, experience tells me it will upset my stomach, so I dilute with water, mixing half water and half Monster Energy in each of my two water bottles.
It tastes just awful and now I have no other drink!
But onward.
I ride by ostriches and their chicks at farms several times today. It was the highlight of the day. Although the large sand cranes were a close second. Out here the birds are well camouflaged and when they stretch up after eating something on the ground, they must be over six feet tall. They are seen in pairs. 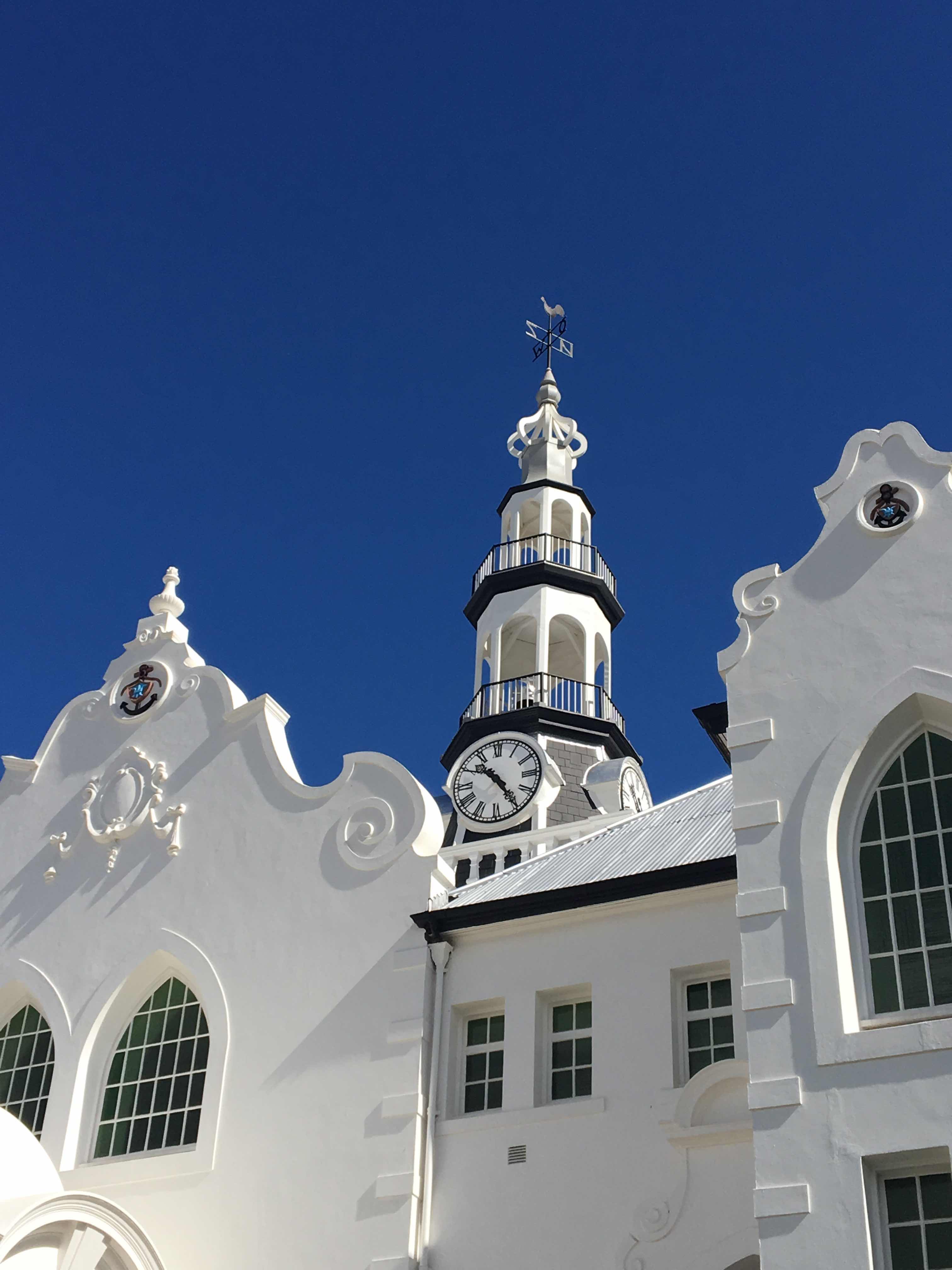 Dutch architecture in Swellendam us spectacular. I spent the night at a lovely lodge. There were hikes nearby, but I am headed back to Pretoria to catch a flight home in a few days. 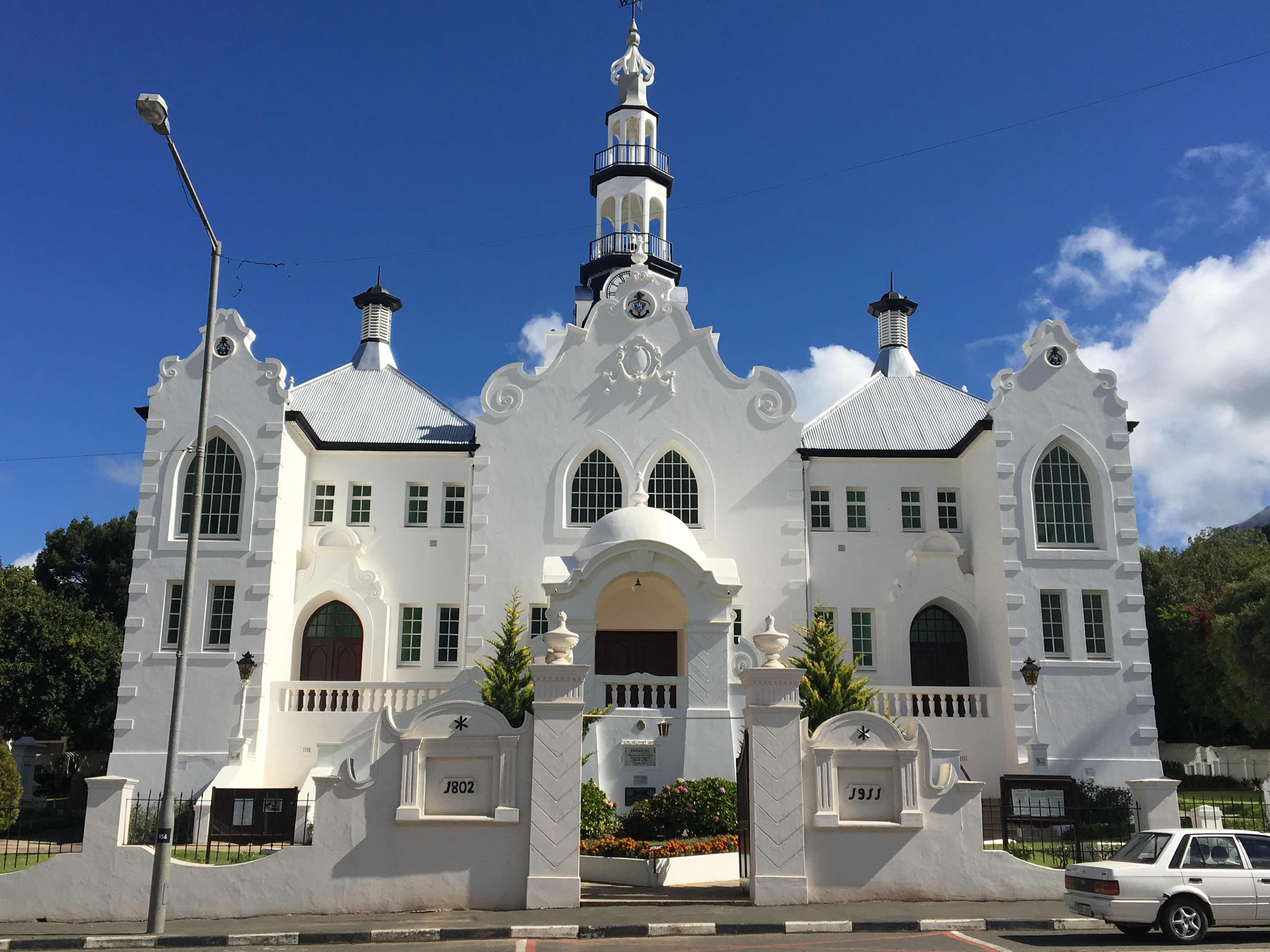 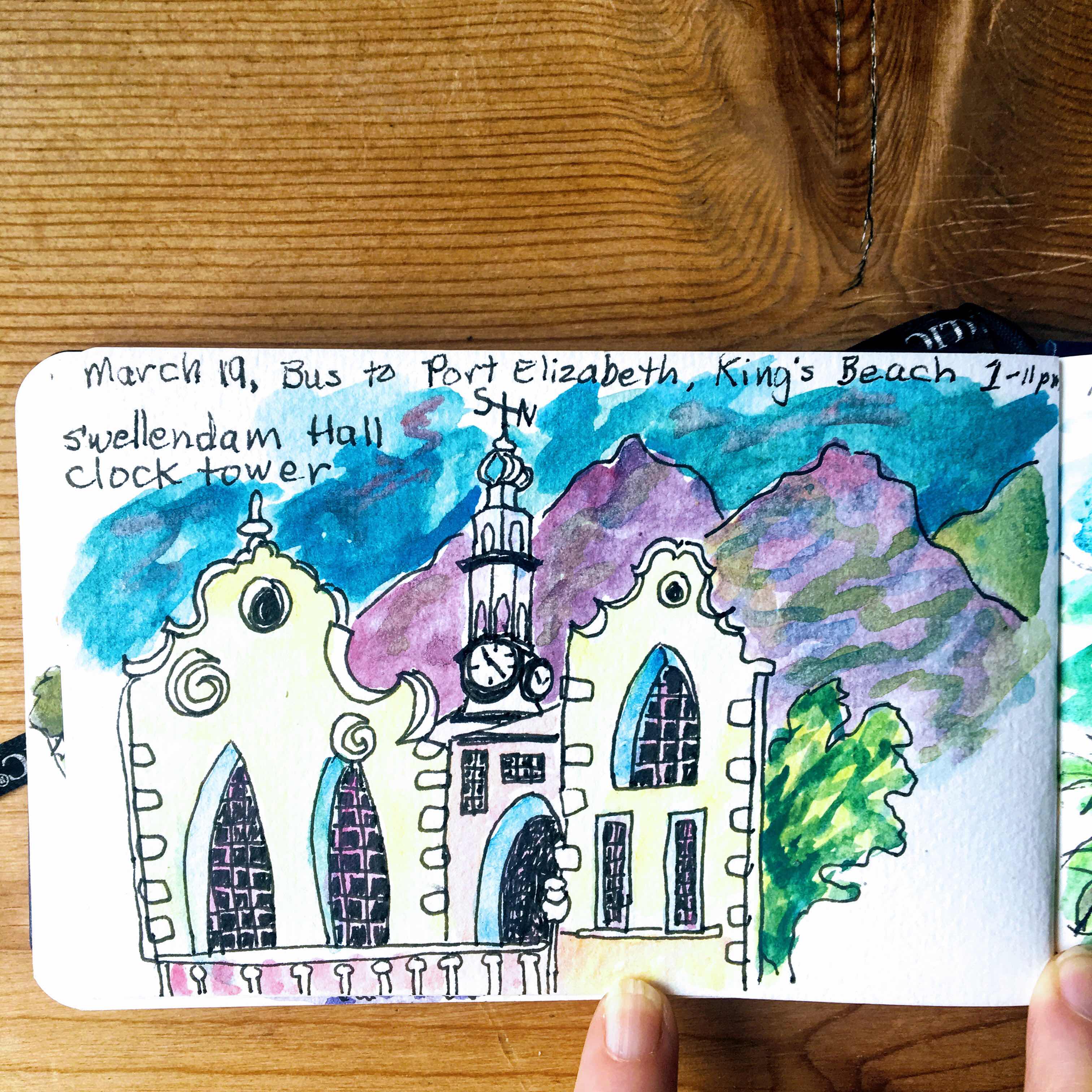 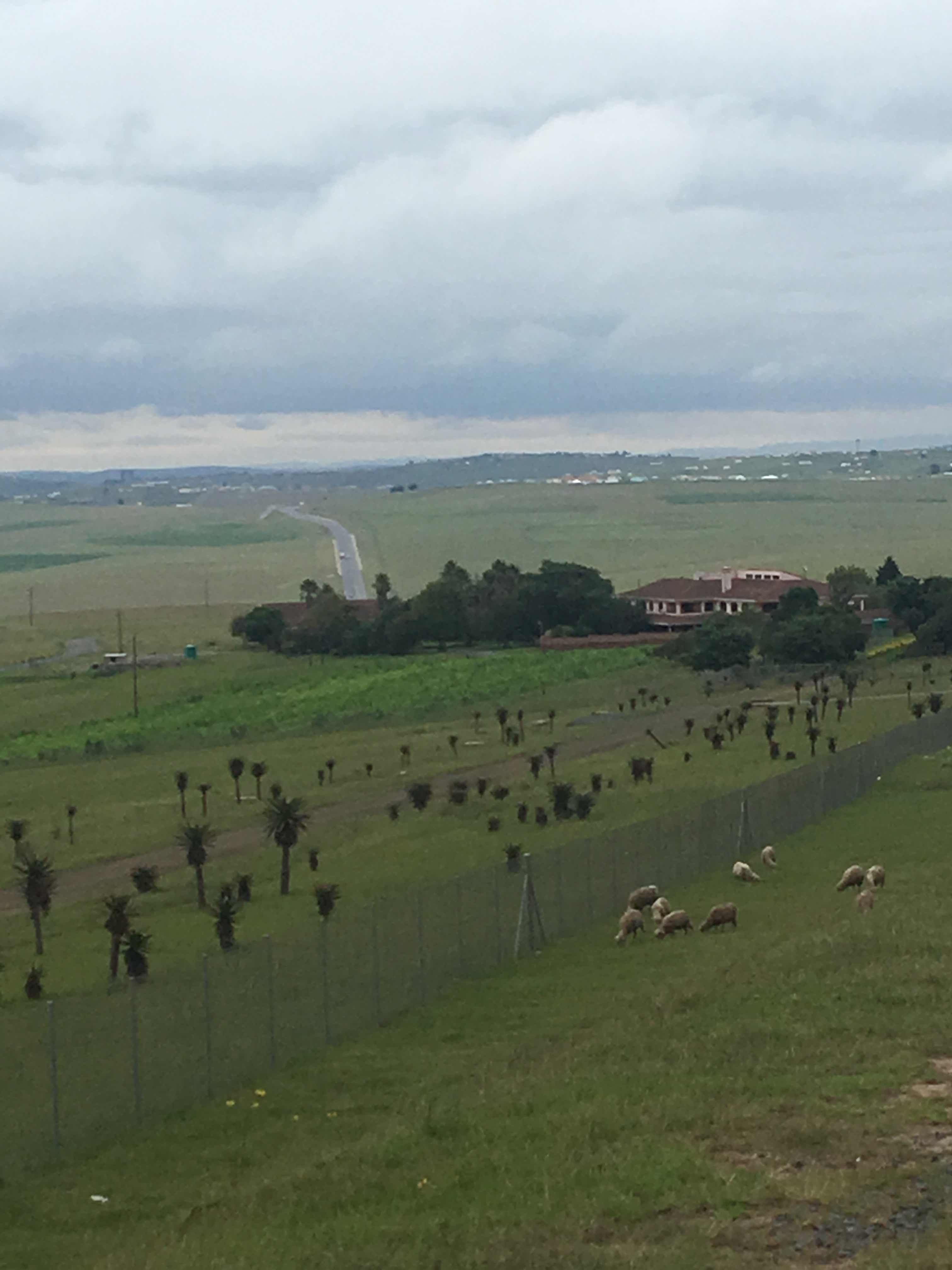 Nelson Mandela’s grave is near here. He grew up near here. On the bus, we stop for a moment to see it from the highway, as it is not open to the public. 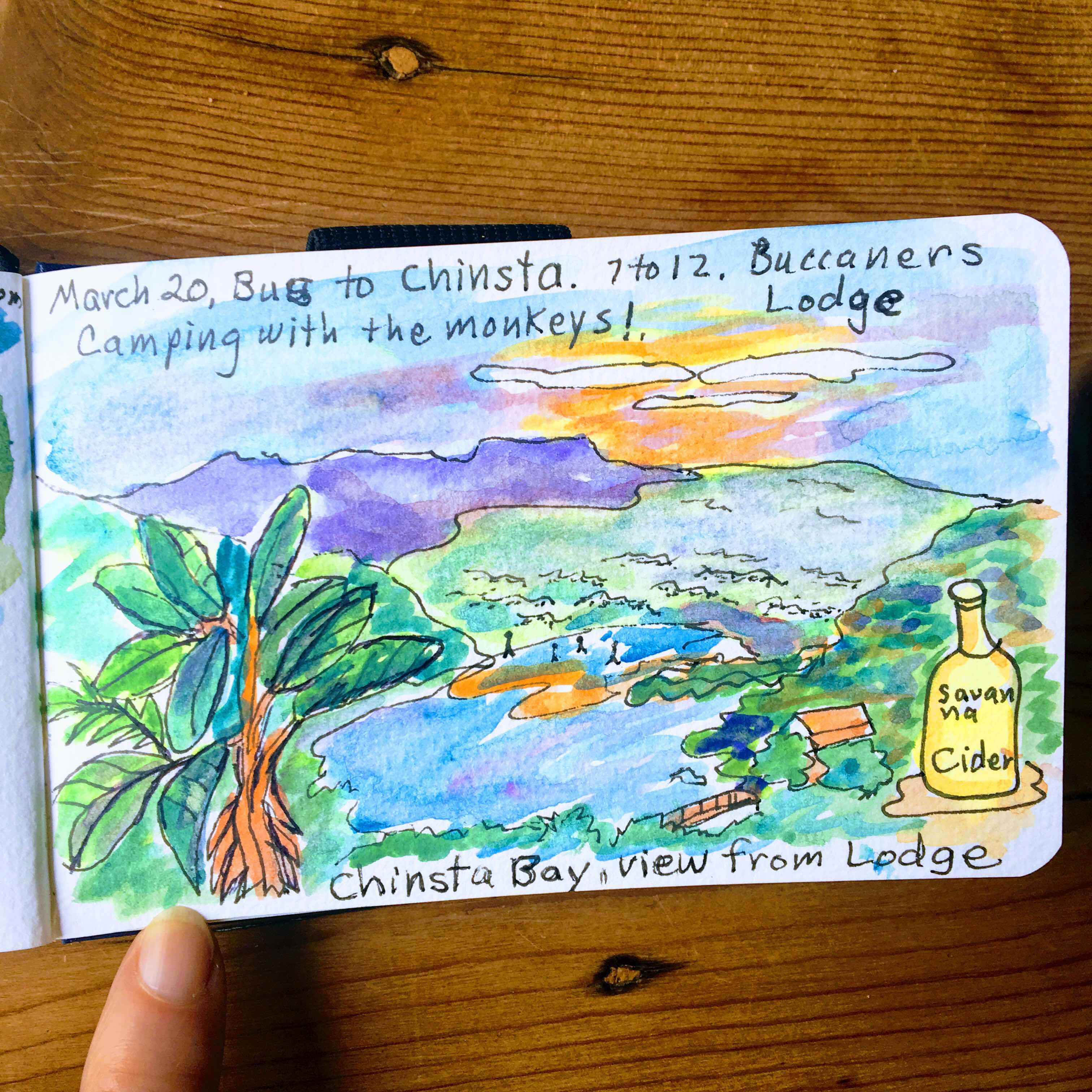 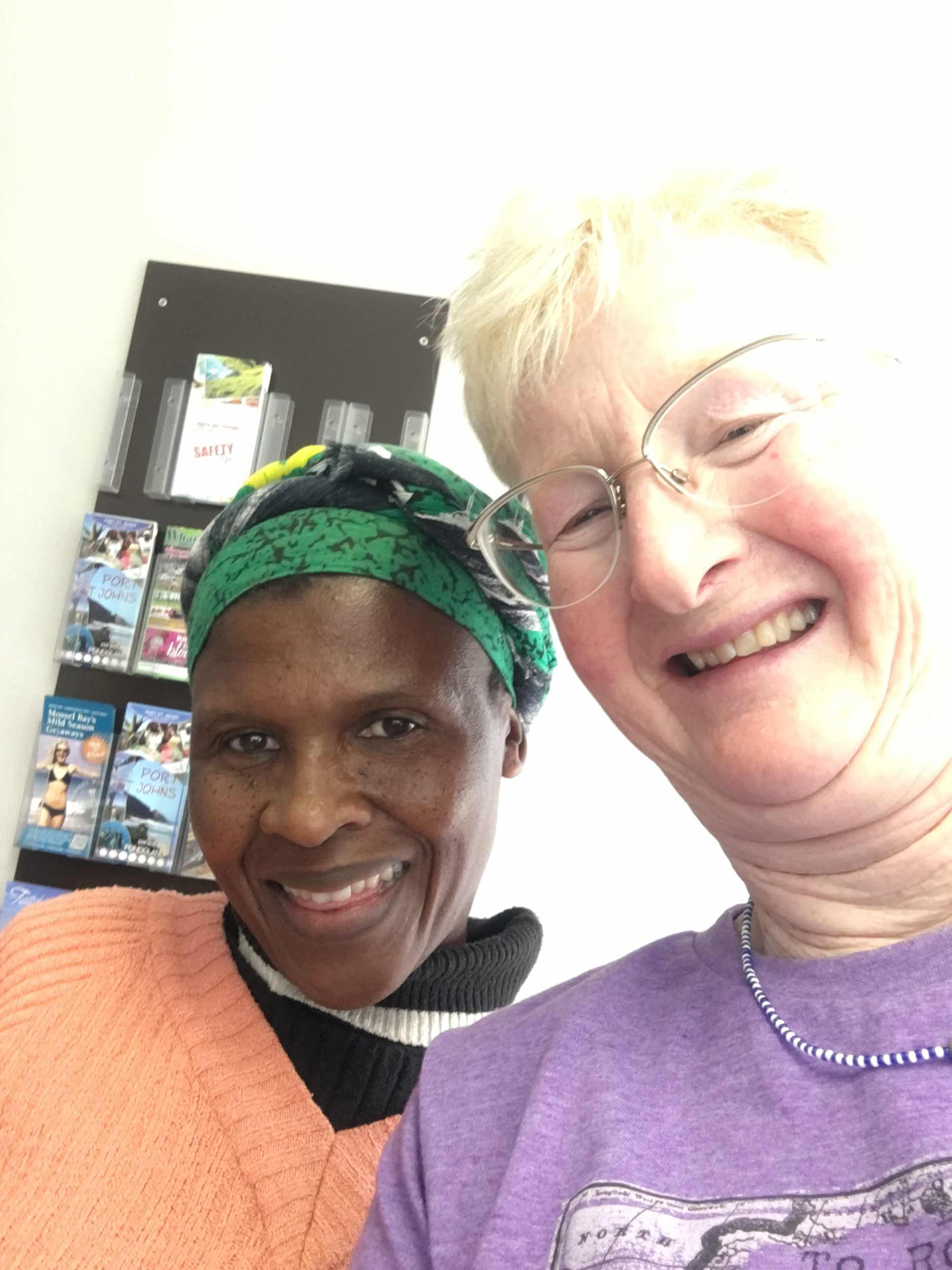 Since I am on my way home, I decide to buy a few souvenirs. This woman sews clothes and I bought the cutest apron from her. I told her I like to cook and do not have a maid. She said with astonishment, “You do not have a maid?”
It was about $30 and she had added hand sewn beads around the edges. I will take a photo and post it. 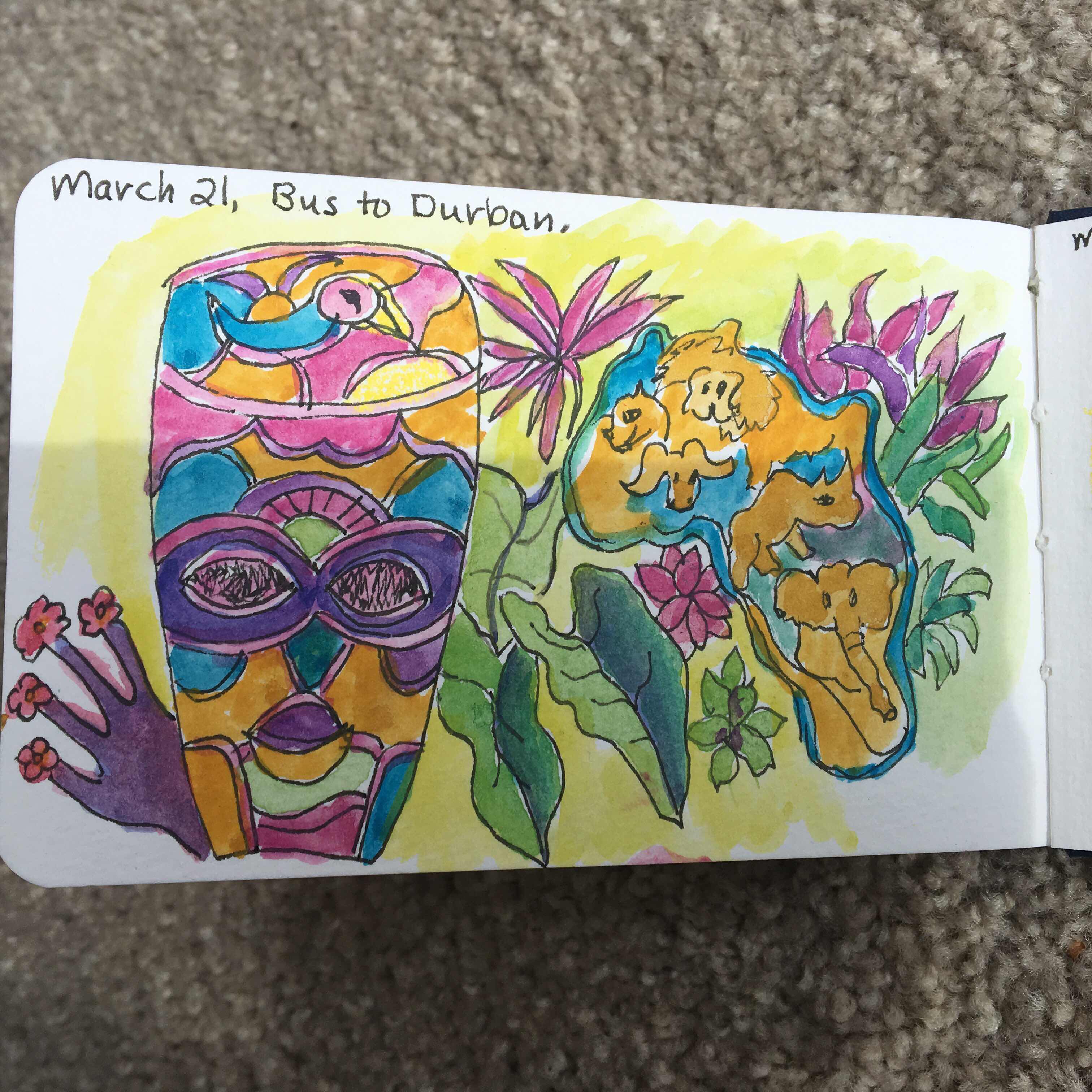 It rained the two days back on the bus. Which made slow going as it was really hard rain. But they really needed the rain. Unfortunately, it was not raining on the drought stricken west coast around Cape Town. 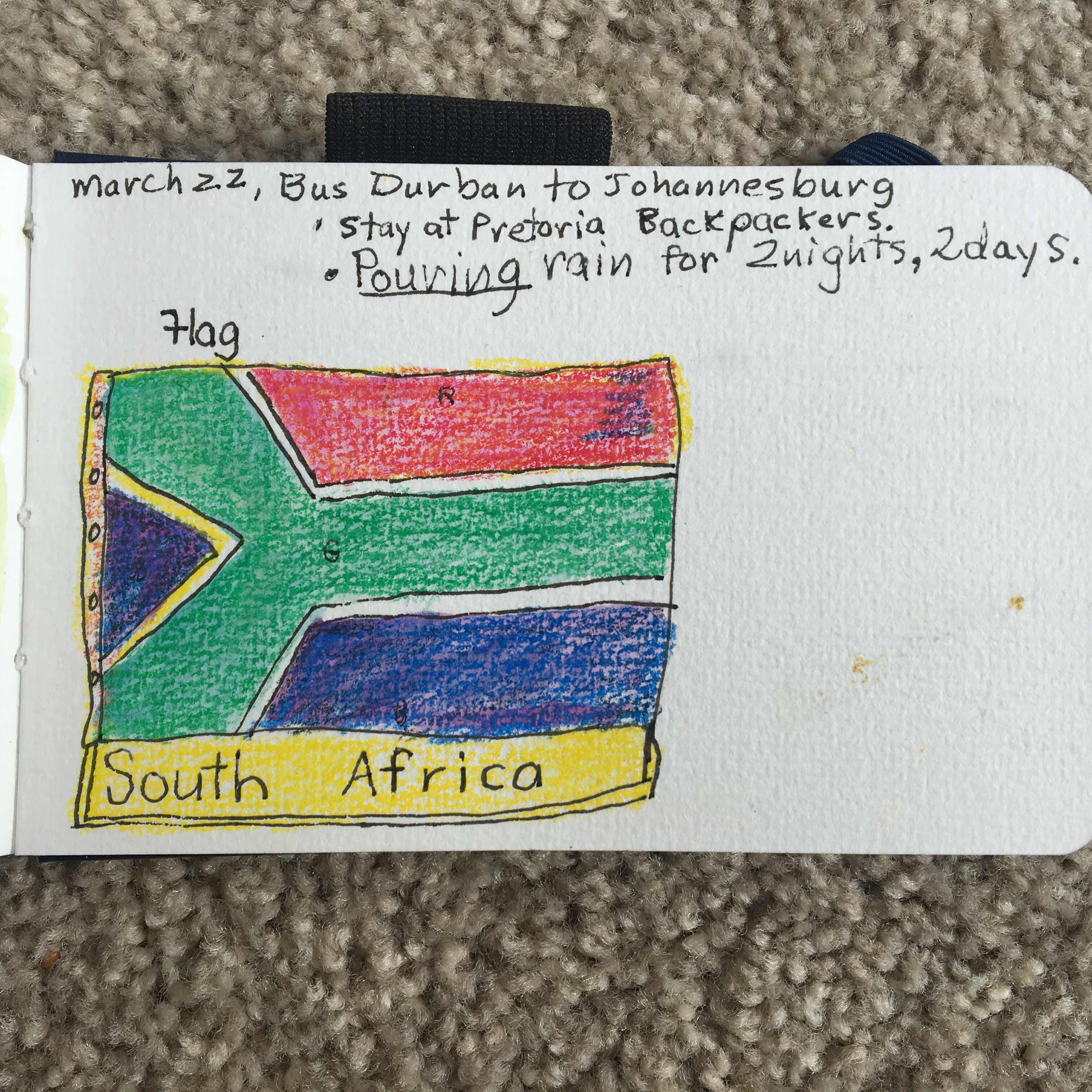 And, best of all, while I was spending the day at the airport in Johannesburg waiting for my plane, I called everyone I had met who gave me their phone number in case I needed anything, even a bed for the night.

Bets came over after work and spent an hour visiting with me about my trip. She and her friend Sone had invited me to dinner and brunch at the Ezemevelo campground early on in my trip!
It was very kind of her to stop by. That is how friendly people are in South Africa!

Of all my memories, the friendly people are the best ones!