The country generally sloped downhill, making a fast and easy ride through the countryside. I stopped at a market with a restaurant to have tea and the man supervising the spreading of gravel in the parking lot was the very man who had stopped to chat yesterday!

The market was really upscale with frozen take home items like their home-made lasagna. Plus many fresh baked pastries. I sat in their glass conservatory and it was positively a great cycle break.
I had called the Baz Bus last night to request a pick up in Howich, as the terrain was going to become rugged near the coast in Durban which had a huge population and busy roads. Like 3.44 million people in the combined metropolitan area. My pick up spot was at the Merryville Spar, a grocery store in the Merryville mall. The challenge on the phone was understanding that often people do not prounouce the “r”. Finally, after making her repeat Mayville spa three times, and looking at the list of pick up points, I figured it out and was thankful for her patience with me. Sometimes it is frustrating!
As we approached Durban, the country was really hilly and massive amounts of traffic. Whew, I planned that well! My accommodation was right across the street from the Indian Ocean! I got a second story room with a balcony so I could enjoy the view. The lodge had a nice swimming pool and served a simple dinner and a nice breakfast so I did not even have to go out. Spending just one night here, the bus picked me up at 7 am for a day’s drive along the coast to Port Elizabeth. 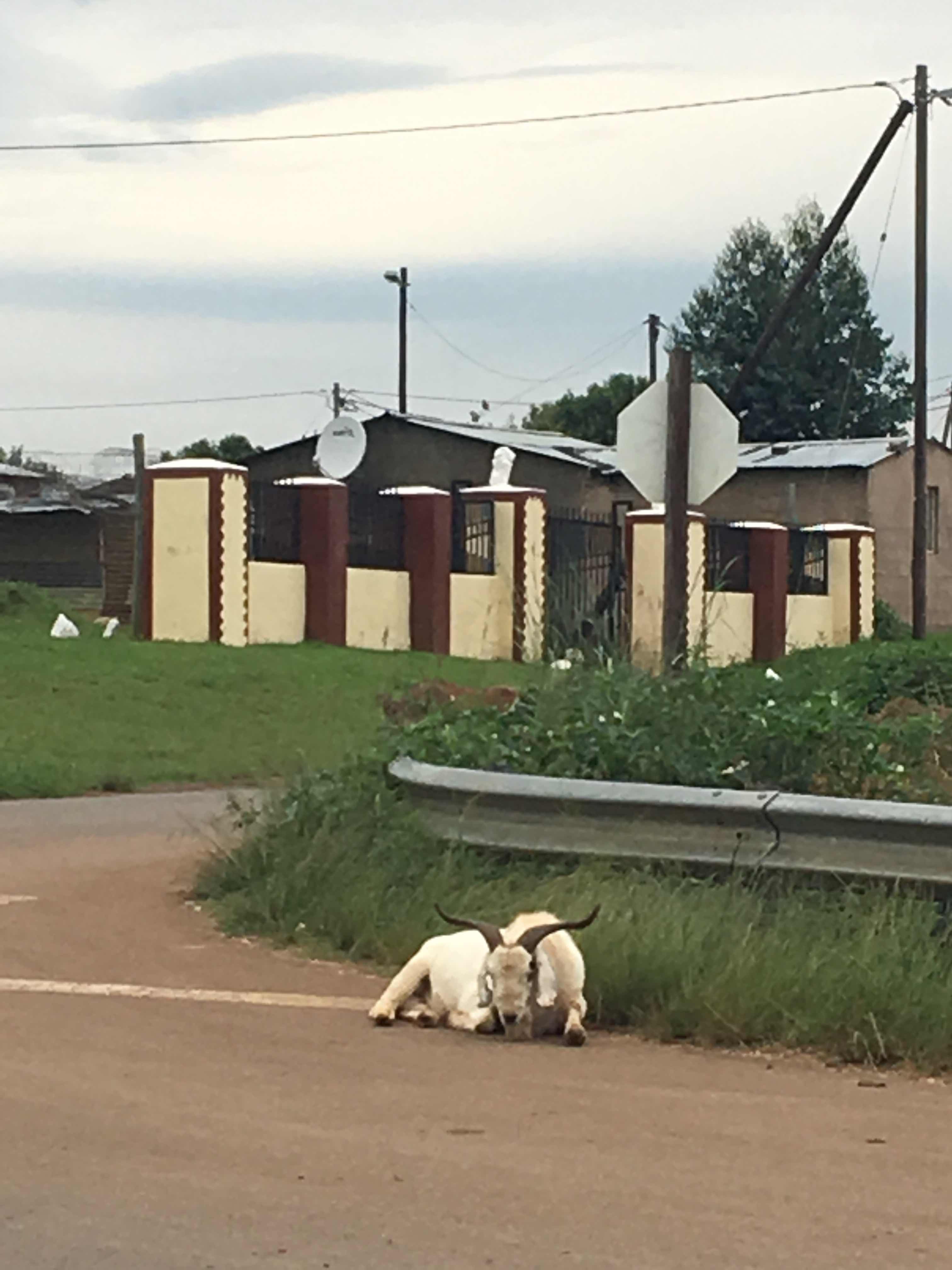 Goats along the road. 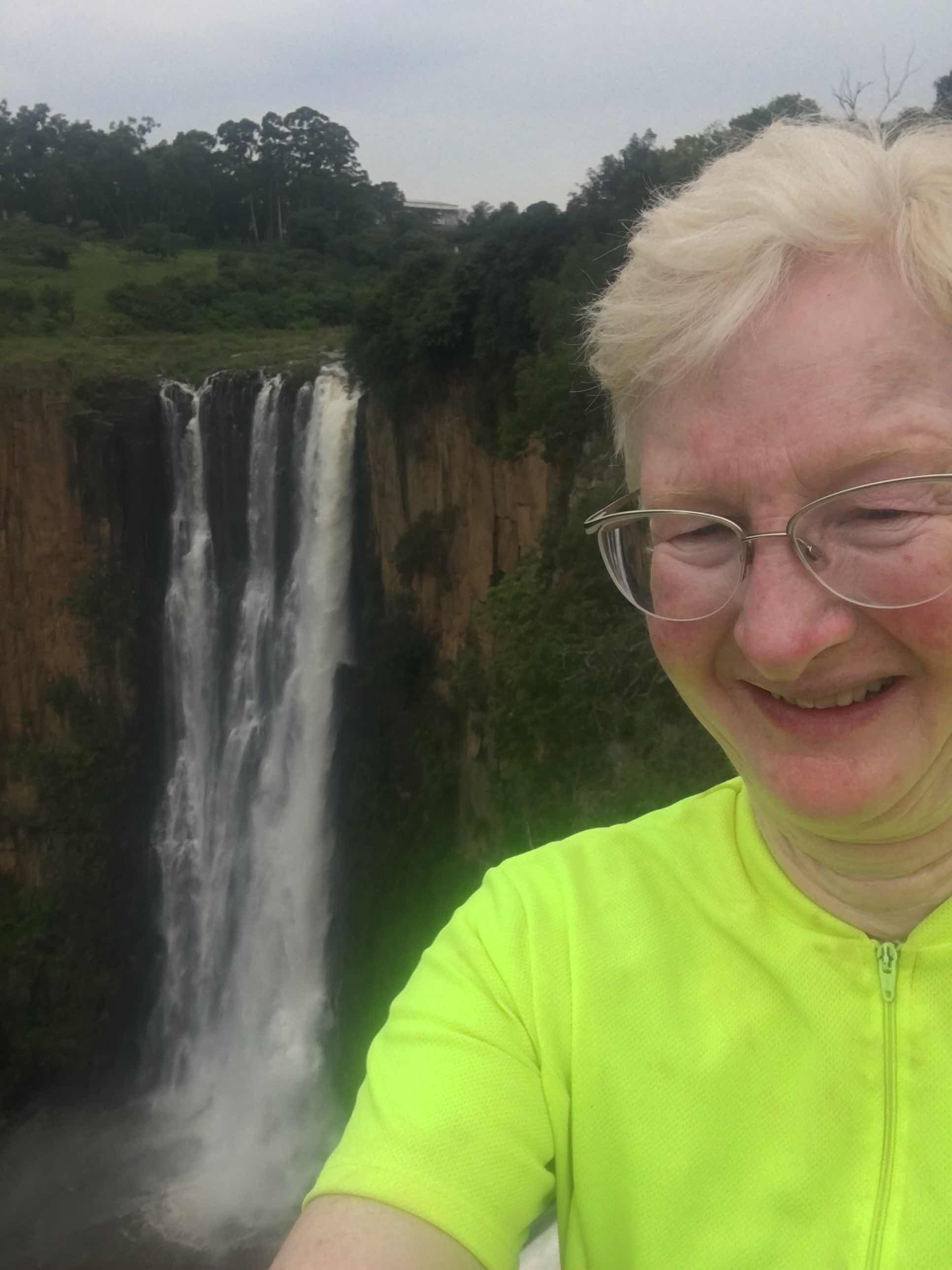 Howich Falls. Had lunch across the road. 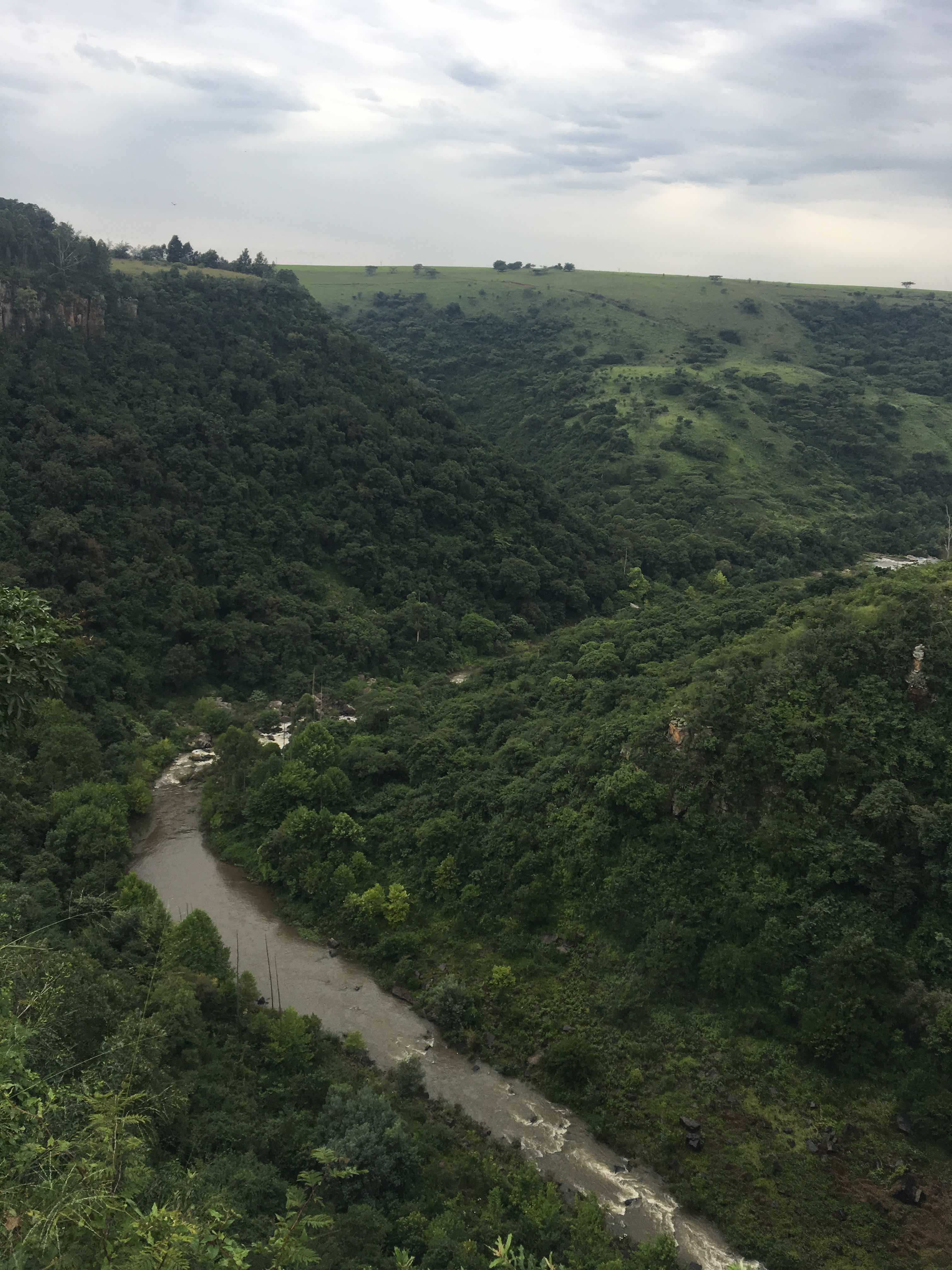 After the Howich Falls. 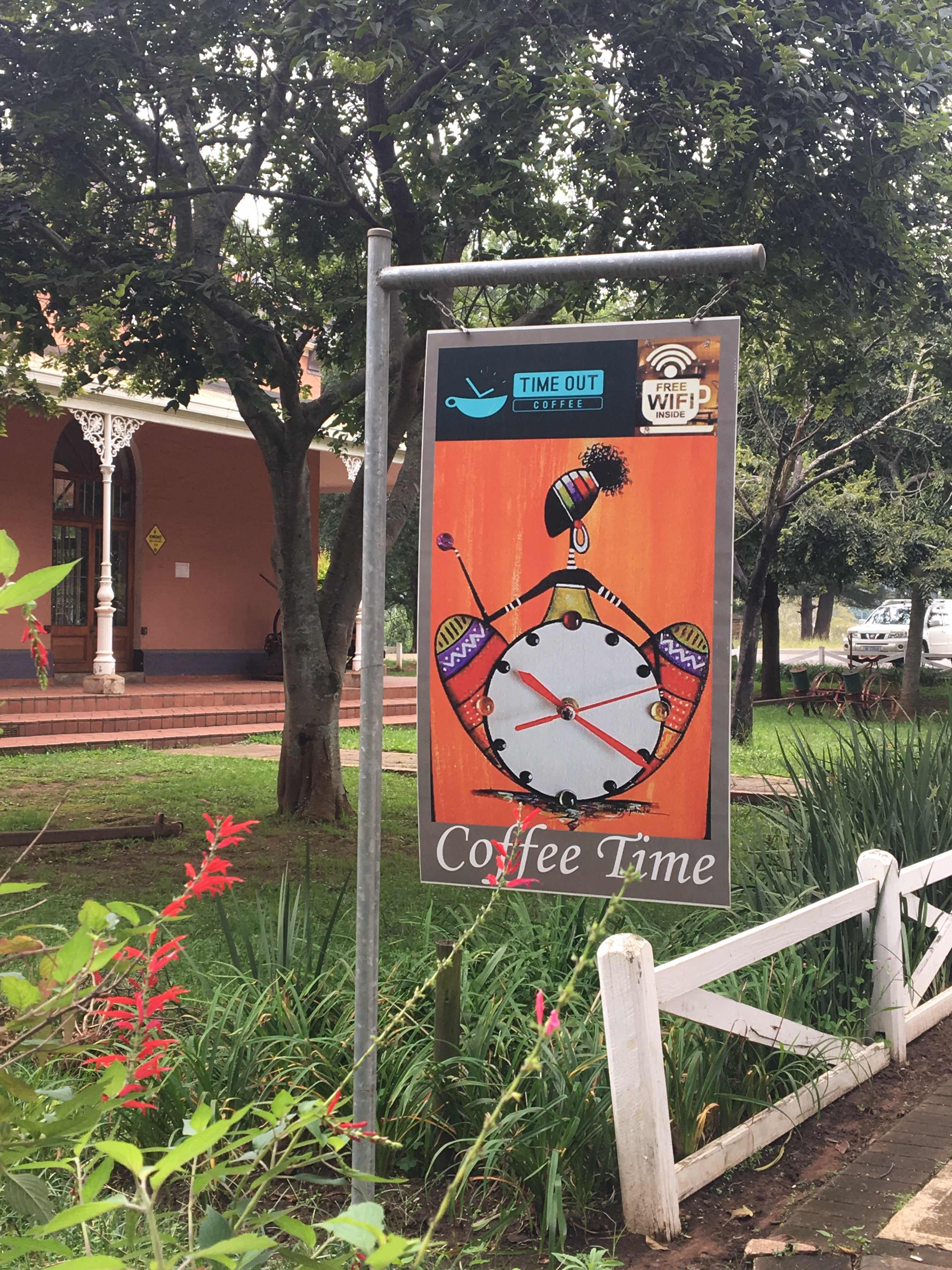 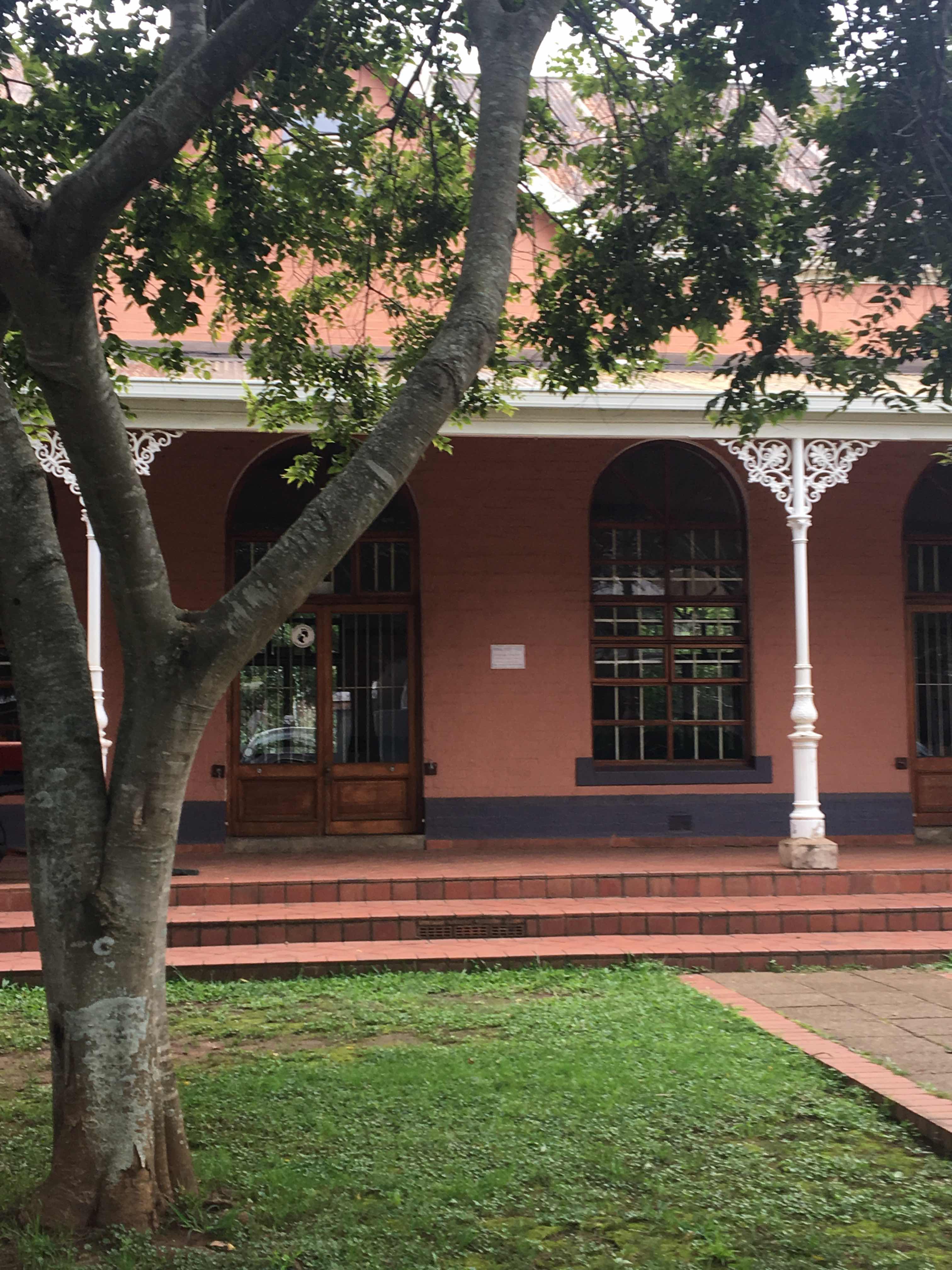 View on my bike ride. 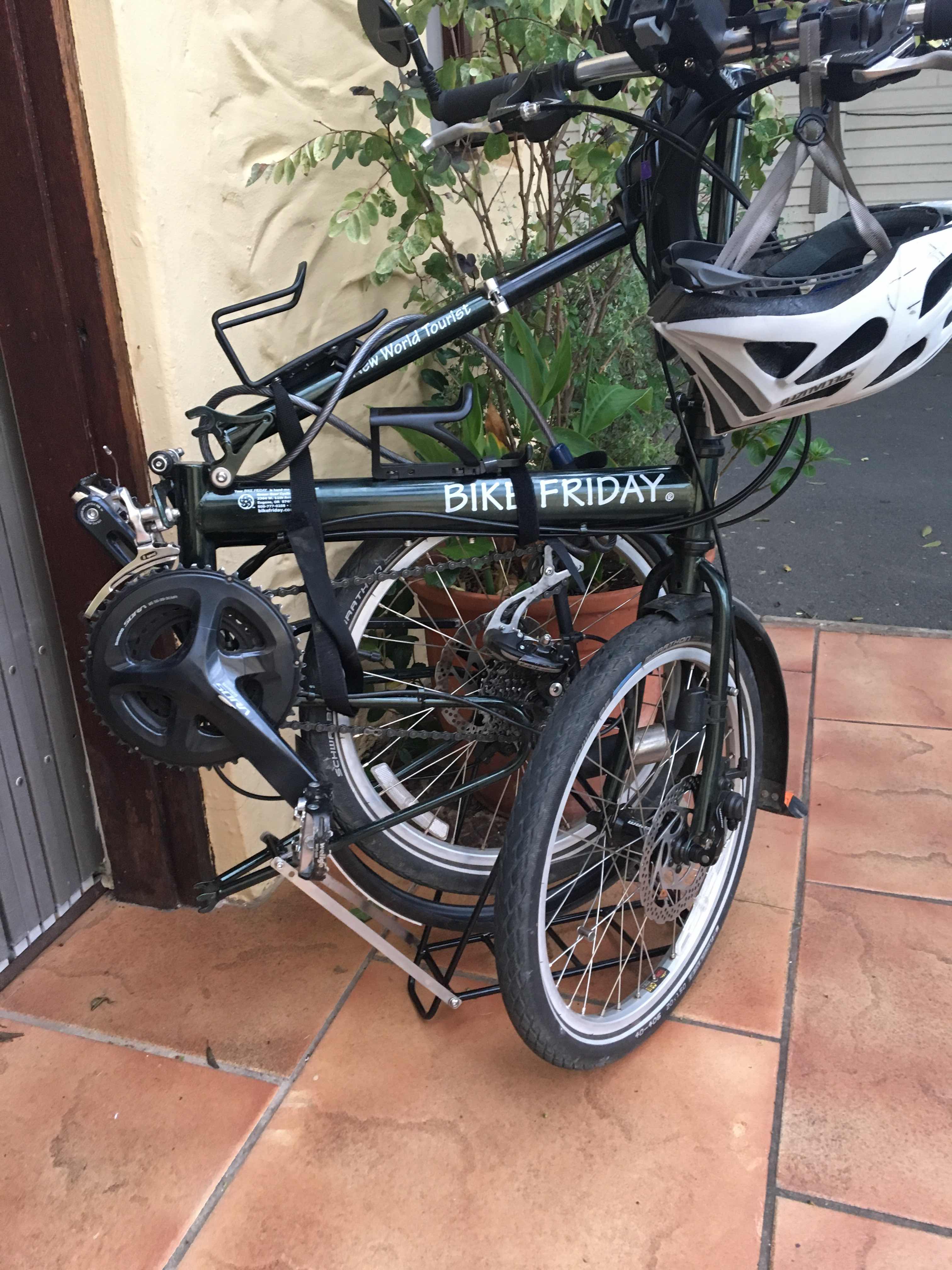 Folded bike ready for the bus ride.
I am really enjoying the cycling!