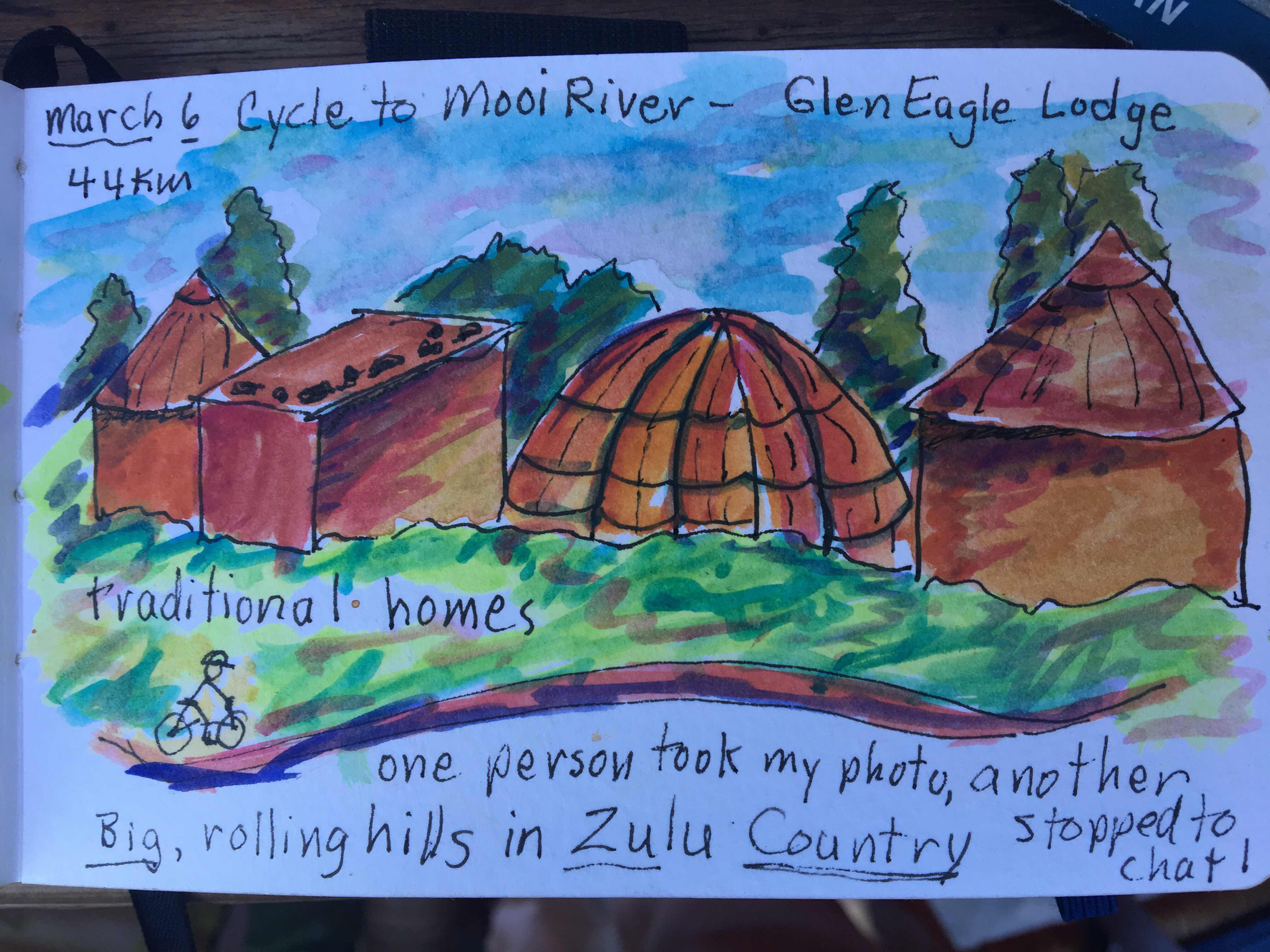 The owner came out to greet me and take my photo, saying they had never had anyone arrive on a bicycle. She even cooked dinner and breakfast for me, by request and I had a little cabin to myself. 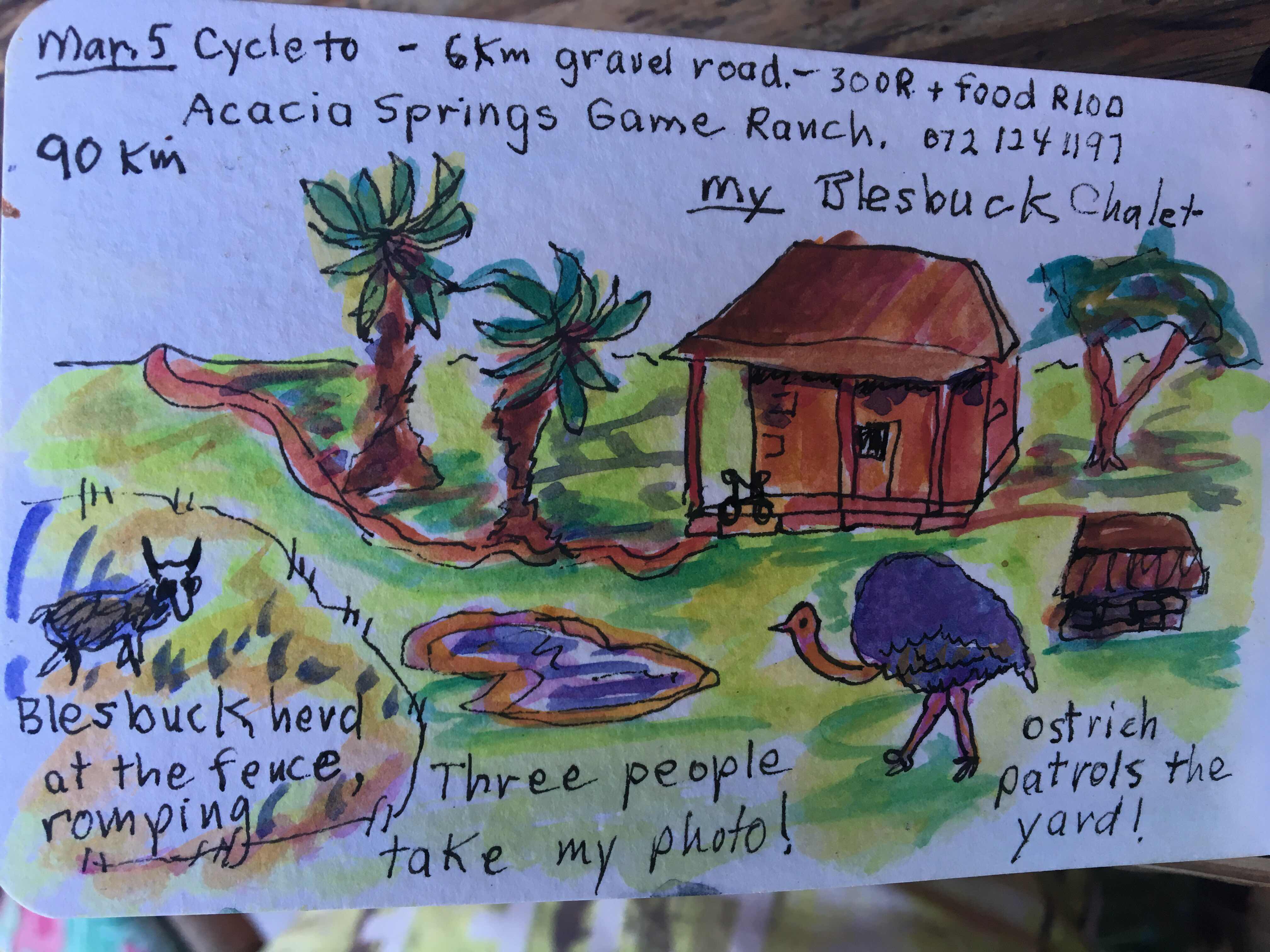 The owner of the lodging. 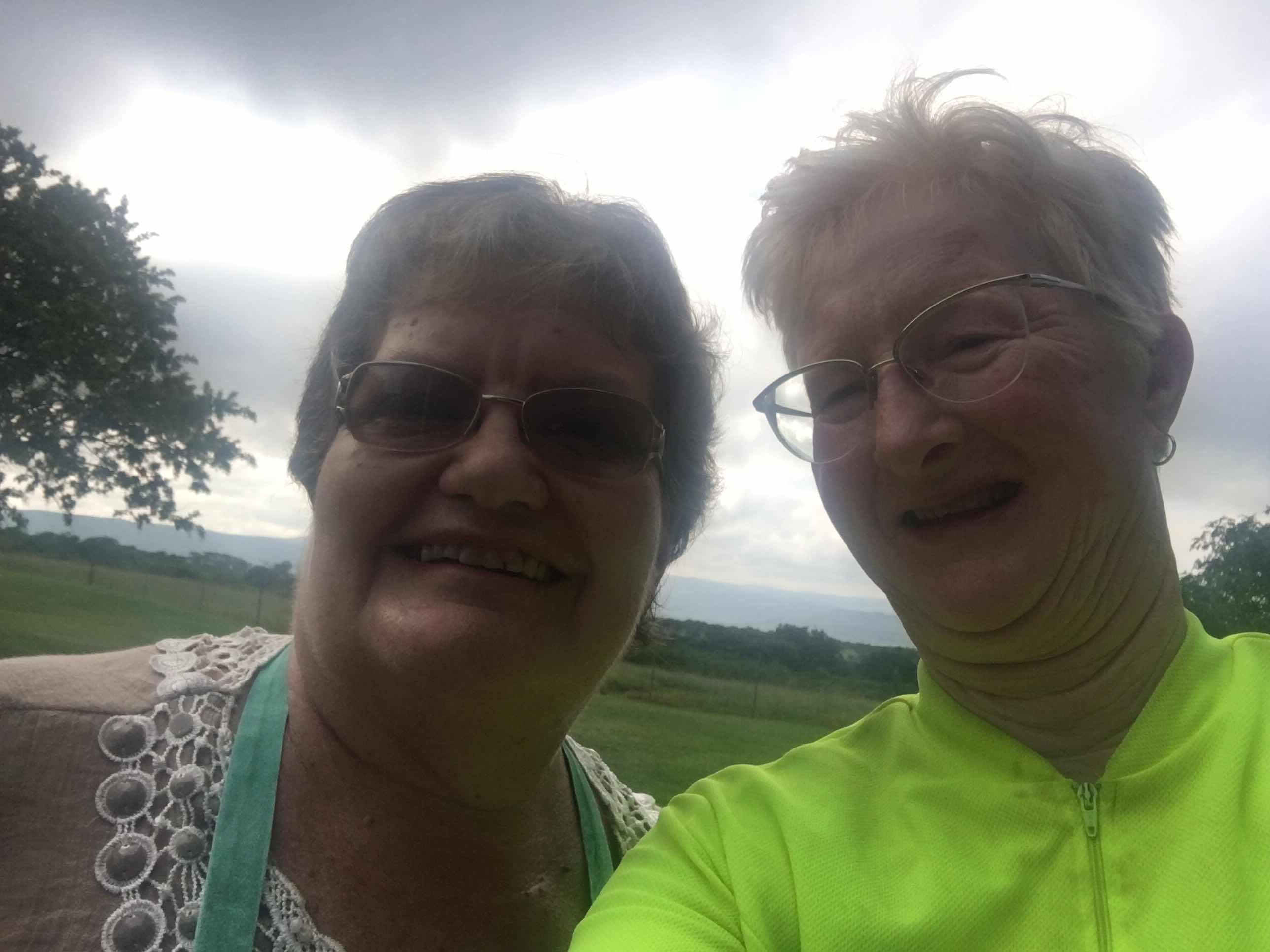 My cabin was comfortable with a view of blesbuck across the fence, with their young ones frisking around  in the afternoon sun. 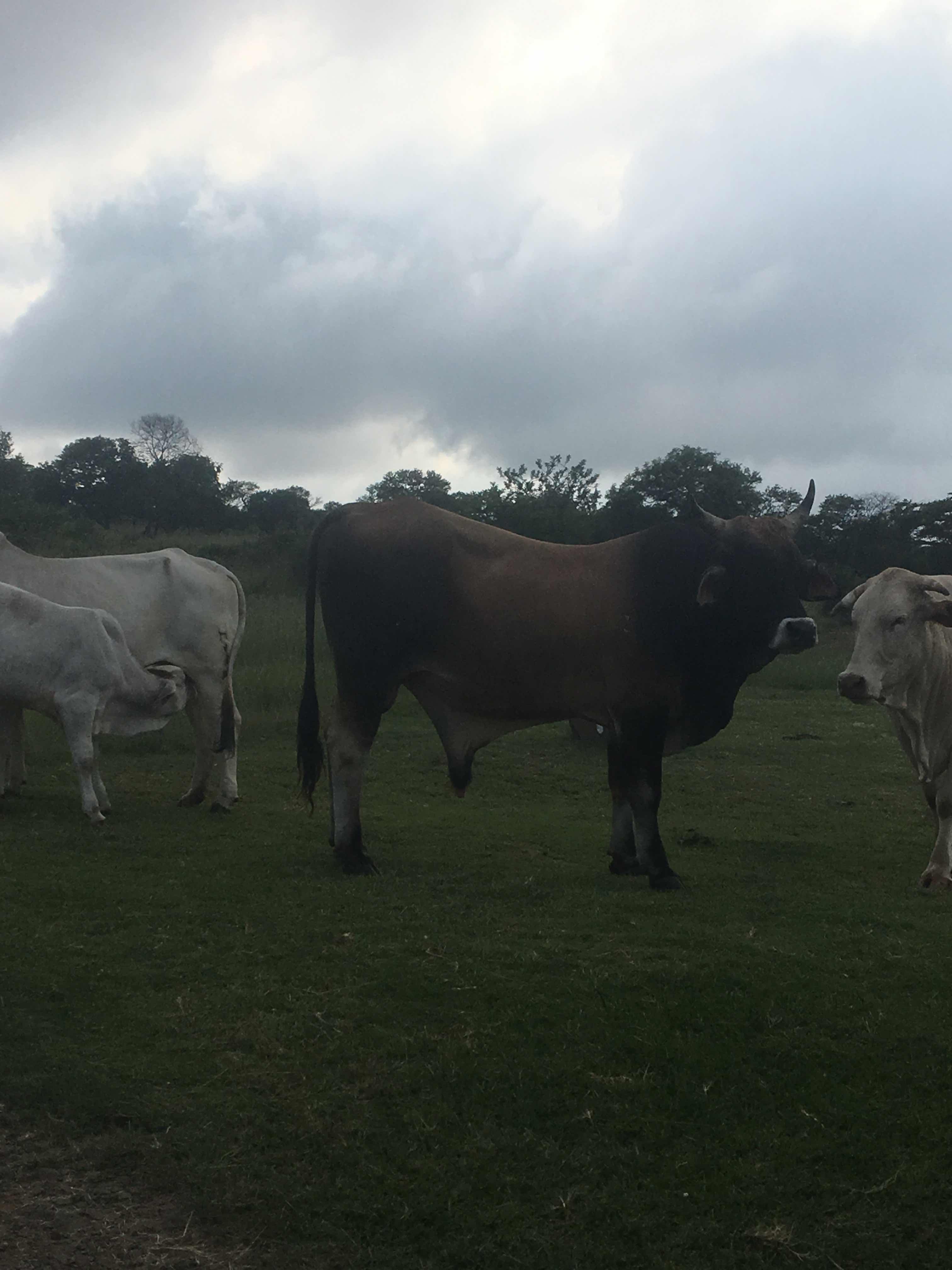 The Zulu had a village just beyond the chalets and their cattle were at the gate. 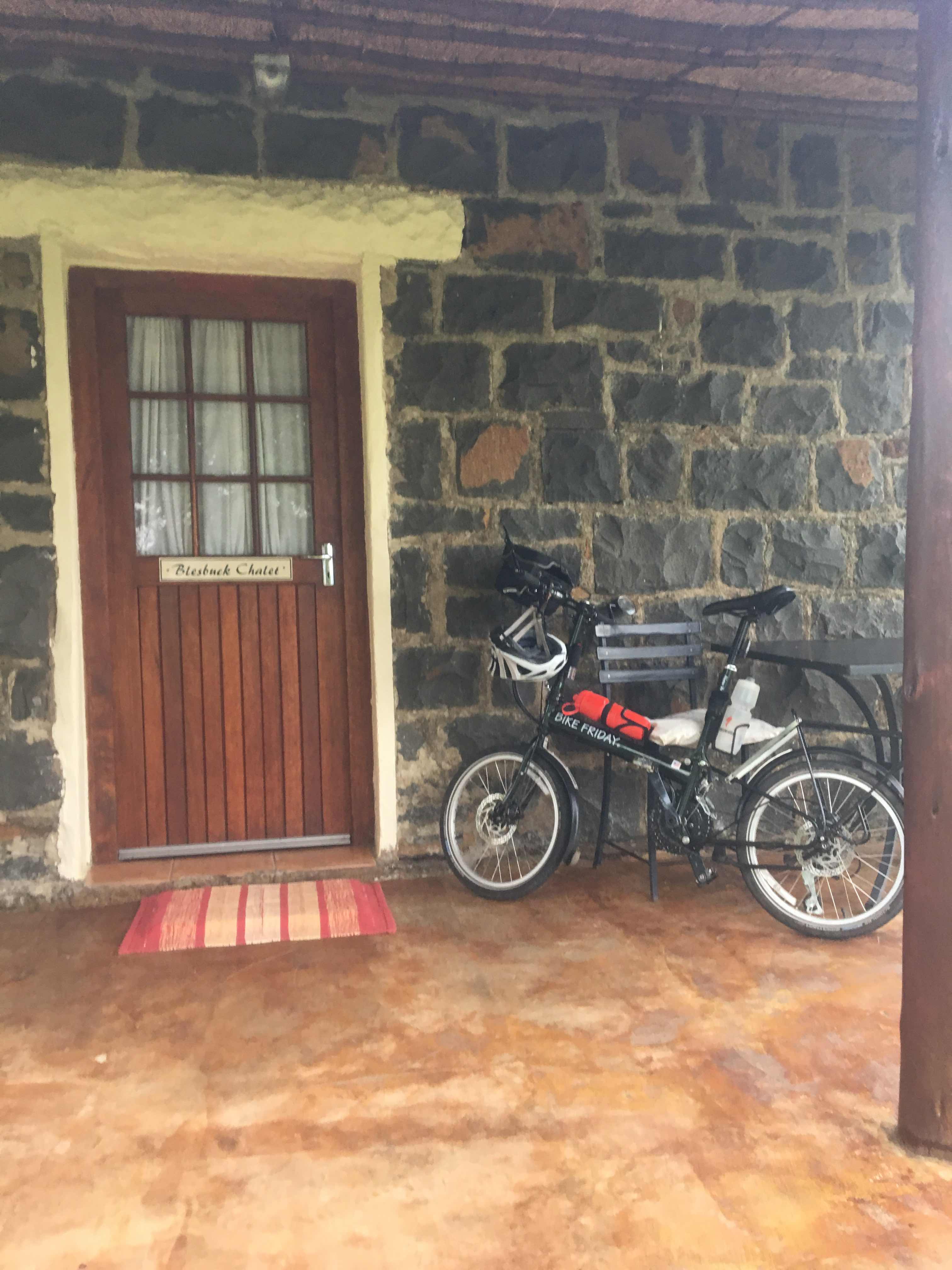 An ostrich was in the yard and made circles grazing around the cabins. I am sitting on the porch and it pays no attention, as usually they are very shy. Helen said about four years ago it had a broken foot and it came to the fence and they fed it over the fence. Then it finally decided to come in the yard and had been there ever since. 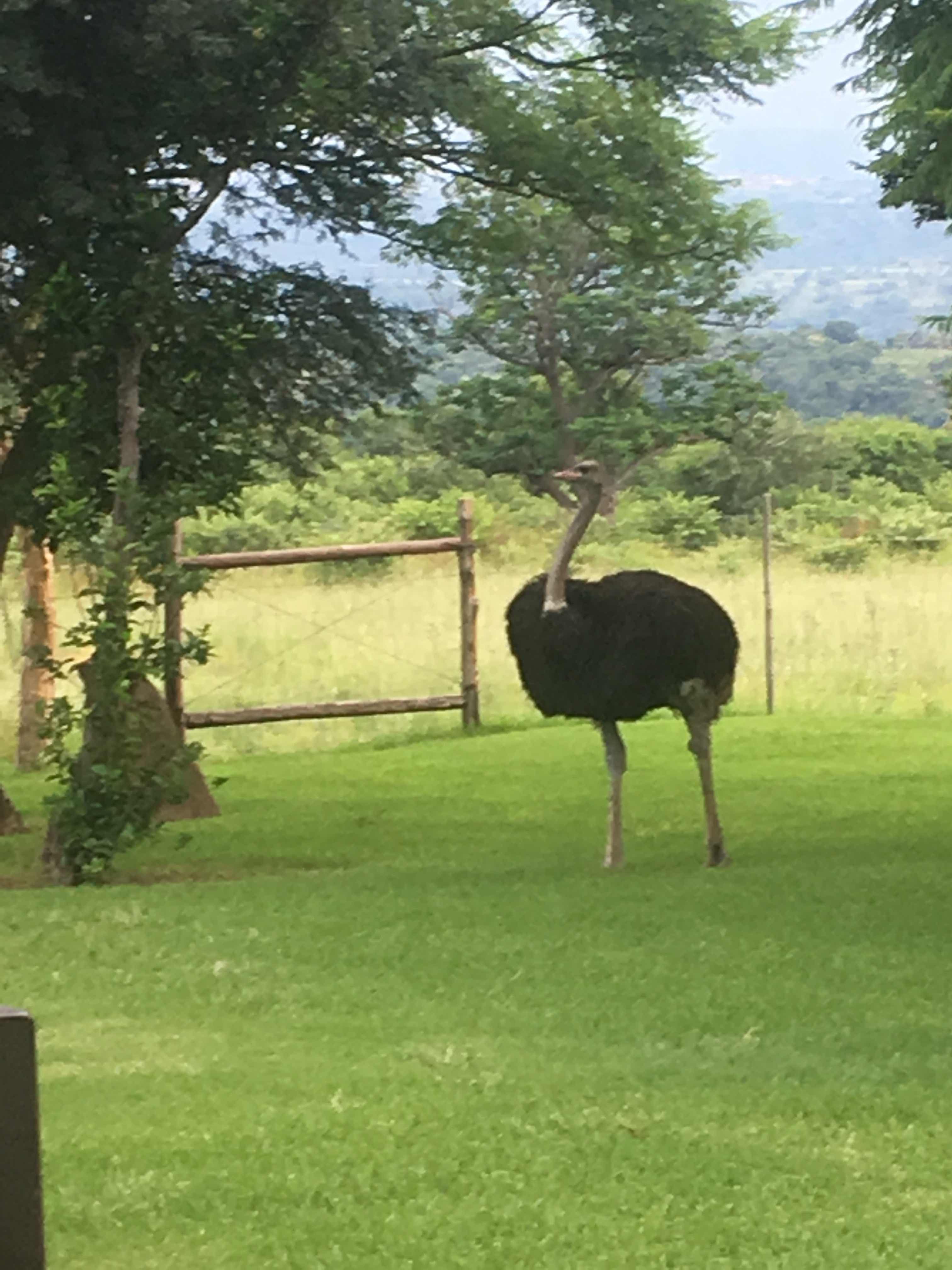 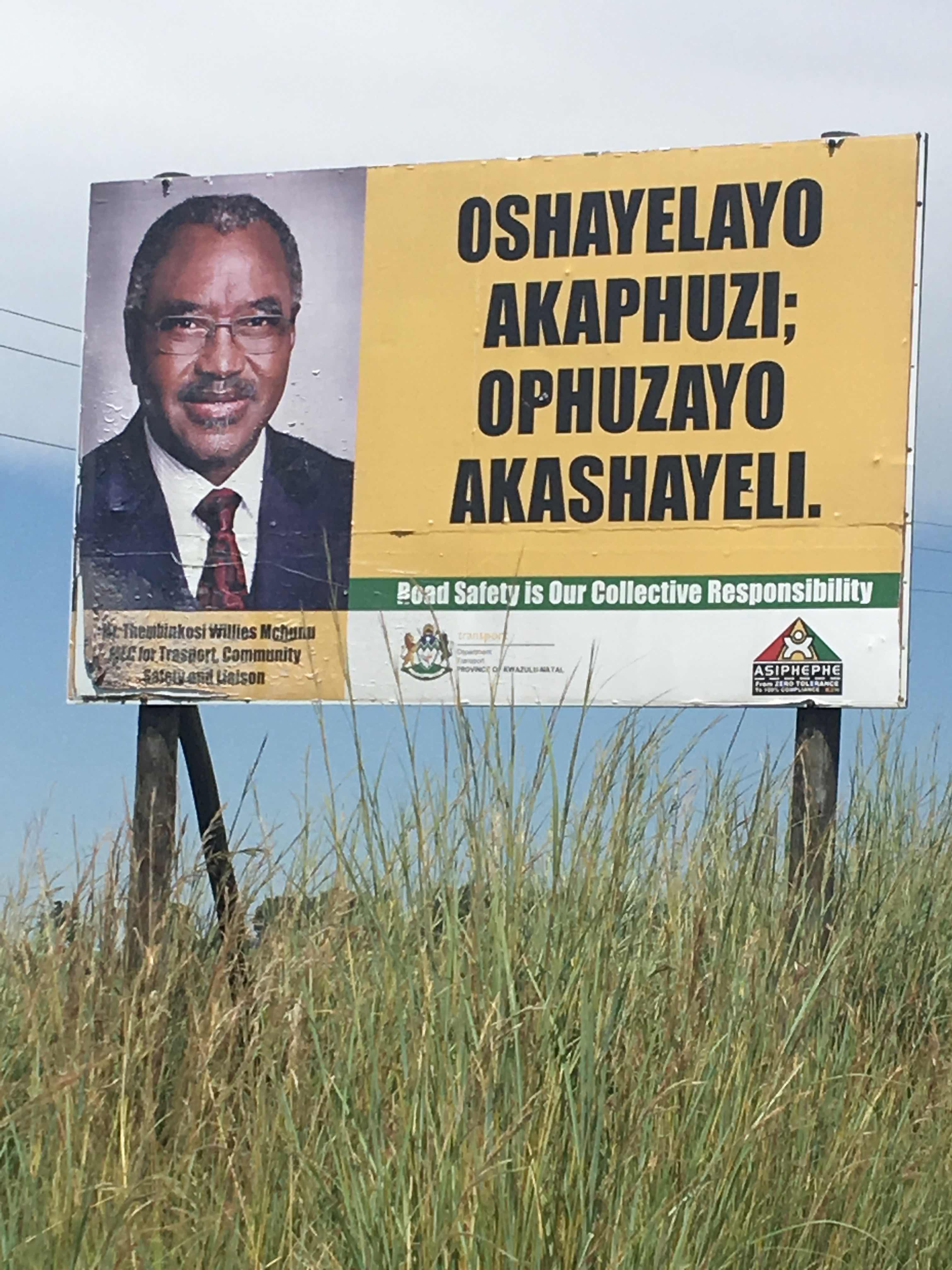 A politician is my guess. Perhaps two languages plus some English about public safety.

Riding through the rilling hills of the Midlands. One man went past me, then turned around his white pick-up, a bakkie as they say here, to stop and chat.
He had white hair and probably in his late sixties. He went to Texas A&M on a track scholarship and ran the 800 and 1,500. Marrying a Texas girl, he brought her home and they live down the road. Further on he says it looks like England because it is so green. And he told me to drink lots of water because it is so hot.

And these hills are big and steep on a bicycle! But there is occasional shade so I stop and rest.
The next night I stayed at Glen Eagles, very charming old hotel. Before I checked in, I had no reservation, I rode past it because looked like a shop further on, according to a sign. It was a lovely ride across a bridge into the woods. I asked the two security guards at the front gate of a factory where it was. They said there are new owners and the shop is gone. I looked closely at the sign. It is a textile factory and their shop is now closed to the public. I asked about the new factory name, is this Chinese? Yes it is.
There was a shift change and about forty black women came walking through the gate, all chattering. There were the white transport vans waiting in the shade for them, this form of public transport costs about 15 cents and carry 20 people, stopping when requested.
Then I road back to get a room in the Lodge. 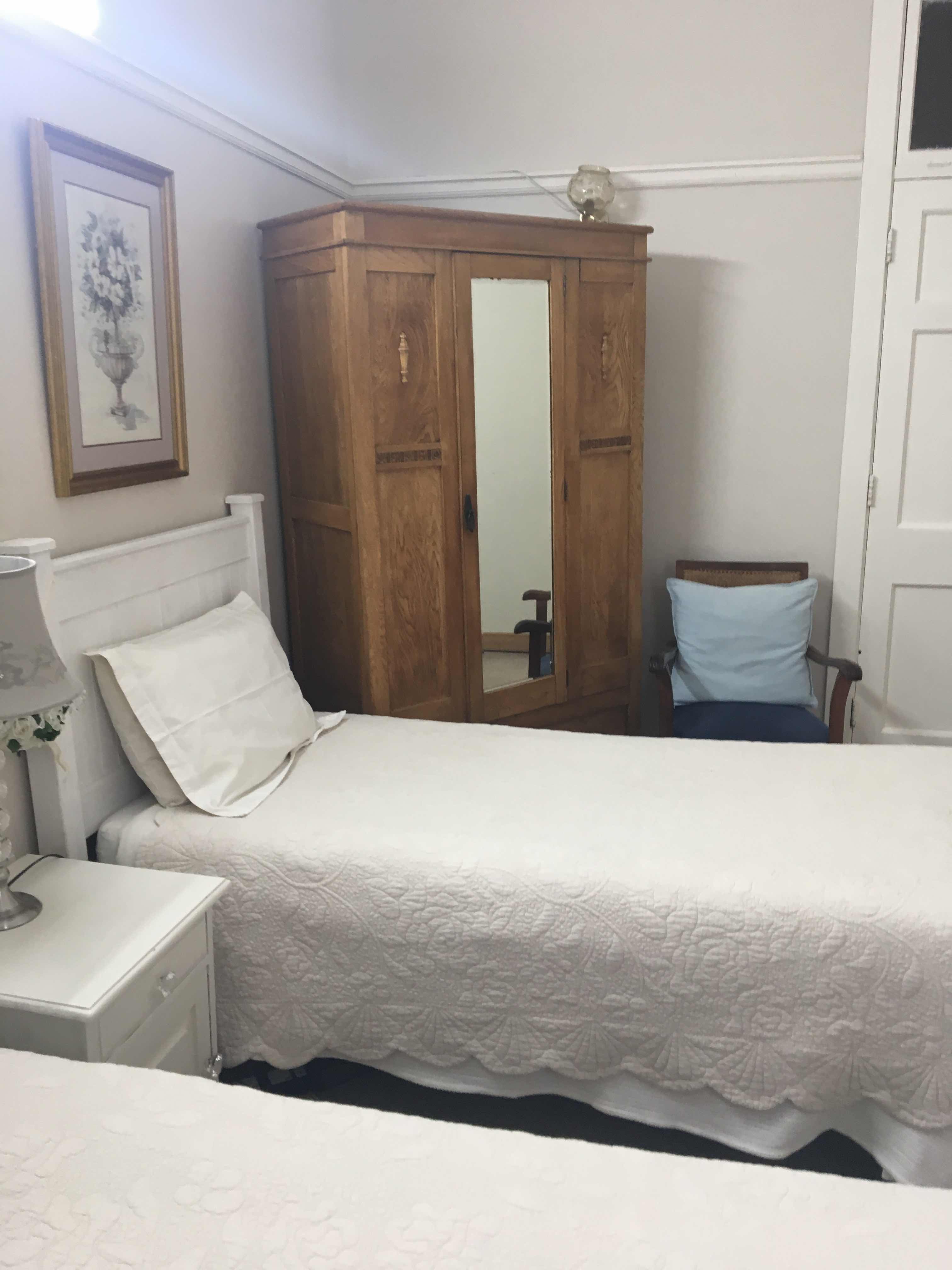 Such a lovely room. When I showered I felt a sting on my rear end. Turns out I had developed two blisters where I sat on the bike and they had broken open, unbeknownst to me! But now it was a bit tender!

Good thing I carry bandaids! And tomorrow is another cycling day.